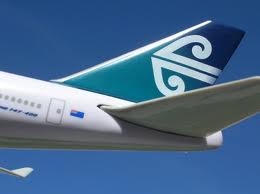 Air New Zealand is understood to be mulling its first bond issue since 1991.

Interest.co.nz understands the national carrier, with the assistance of First NZ Capital, is testing investor appetite for a bond issue. The type of any issue, length of term and amount of money sought through any issue remain unclear.

Asked about a possible bond issue an Air New Zealand spokeswoman said the company, which is 74.69% government owned and bought a 14.99% stake in Virgin Blue earlier this year for A$145 million, didn't comment on rumour or speculation regarding financing.

News that Air New Zealand is considering a bond offer comes at a quiet time for the domestic corporate bond market where, aside from Z Energy's up to NZ$150 million seven-year issue that will pay investors' 7.25% per annum, there's a dearth of issuance.

Kiwi corporates are, however, eyeing cheap funding in offshore markets with several tipped to tap the US private placement market in coming months and Fonterra having just raised A$300 million in its first Australian bond issue at a spread of just 100 basis points over the five-year swap rate. Fonterra also recently raised about NZ$56 million in its first Yuan denominated issue. That issue will pay investors' interest of just 1.1% per annum.

In March Moody's changed the outlook on the rating to negative from stable. It said this reflected heightened operating uncertainty and the incremental effects of the Christchurch and Japanese earthquakes, on top of the high jet fuel price, on Air New Zealand.

Moody's move came after Air New Zealand said on March 15 it didn't expect to be profitable in the second-half of its financial year (January 1 to June 30) and full-year normalised earnings were expected to fall below NZ$100 million compared with NZ$137 million last year. The airline said the financial impact of the February 22 Christchurch earthquake was more severe than previously expected, and the Japanese earthquake and Tsunami on March 11 would also impact revenue in an important market. It also cited high fuel prices and passenger demand trends.

For the six months to December 31, 2010 Air New Zealand had normalised earnings before tax of NZ$112 million, including an NZ$18 million gain on equity swaps. This was up 17% from NZ$96 million in the same period of the previous year. Normalised earnings exclude the net impact of derivatives that hedge exposures in other financial periods. As of December 31, the airline had net cash of NZ$940 million and gearing of 42.8%.

I think it was Richard Branson said "there is no business model for an airline to survive oil prices over $150/barrel.

Was that the crude price or the jetfuel price?   Think the comment, or a simlar one I saw was $150 for jetfuel, but it might have been $120US, and yes air transport is finished, this applies to air freighting perishable items as well me thinks........

Air NZ is going to issue bonds it seems? ben having a ahrd time, oh why am I surprised.....they obviously think there are a lot of muggins out there in investor land.....I just wish the Govn would sell them quickly while someone thinks they are worth anything.

Bonds = the next bubble.

The way I view it, is that more and more institutions are scrambling for funding to underpin their business. Banks, businesses, heck even N.Z. is bringing forward cash grabbing just in case they can't get their hands on enough shortly. So much scrambling for funds going on, to underpin business that is still decelarating from the heady highs of a few years ago. All this fund grabbing in the hope that they will be able to get a return on investment, not only for themselves but to pay back the funders.

Just my hunch though.

Agree.....hence why anyone sane is either in something they are close to 100% sure is a safe investment or out of it and hiding in cash....anyone else is gambling and they dont know the odds IMHO.

Kiwibank has just dropped the 30 and 90 day notice account rates today.  I have nearly a couple of Mil in those.

Where the hell do you put it???

Well located forestry blocks seem to me to be a good investment these days.

they take 30 years to grow and don't taste very nice though.

Well, they take a bit longer than 30 years if it's a second planting, they're not very fire resistant and there's always a small chance that some pest species may become introduced and established within that time frame.

There's risk to everything. Only the individual knows their own appetite for it. As we keep seeing though, even in the last few decades here with Share Market crashes, leaky homes, devastating earthquakes, and a failed finance industry, there's plenty of people out there who never understood the risk, or that indeed there ever was any risk.

I wonder how the All Blacks will go this year? :P

It might well cover bonds somewhere.....but its a cracking read end to end.

Not sure if its Govn Bonds or corporate.....corporate I expect to be messy.

Because economic activity has never divorced itself from physical activity.

Unsurprisingly - after all, money is just a proxy for goods/services.

All of which either happen - or not - using energy.

So - with a side debate about efficiencies, and perhaps the meaning of 'discretionary' - the peaking of energy-flow meant the peaking of underwrite-ability.

One presumes bond purchasere expect to purchase more goods and services after their investment, than before.

On average, that can't be underwritten.

Sure, there will be winners and losers under the sinking lid. Sure, there will be 'pollies who feed a dumb populace tales of 'growth', every time the saw-tooth veers upward, conveniently omitting to relate them to the full gaussian.

Having not accepted the reality, most folk still think they can 'invest' their way to 'wealth', forgetting that this only worked ('this' being the underwriting of an exponentially-expanding pile of proxies) on the way up the energy-supply graph.

This 'unwitting investing' has to manifest as a series of bubbles - can't be underwritten thus have to pop. The lemming/herd thing will drive the tendency to one-subject gold-rushes, but; it's still in trouble as a system even if it diversified.

Why don't they just put prices up?

Not enough ppl flying? and too many airlines all fighting for customers.. ?  Also maybe the recent rulings against Air NZ? about not disclosing the full costs of the tickets where foreign companies might not have to? might be stopping them gouging....I know my parents booked some flights to oz only to be told afterwards there was a surprise surcharge on baggage, p*ssed them off no end.  What I find incredible is this sort of thing damages a company's image longer term.....but if they are all doing it I suppose there is no choice.

Ridiculous that profit or loss is based on 'best bets' (hedging) as opposed to 'best practice' (operational efficiency and customer service).

I would have said it allows someone the sureity of a future cost of a raw material or sale price to know thats its worthwhile for them to make a good.  So yes its allowing someone to invest in the future, or not...reduces risk.

It's not a case of 'accepting the losses'.

Then someone picks up the residue at what they think is a 'value', and it goes on.

The problem is that this is secondary valuation of primary drivers.

Essentially, the defaults represent the margin by which we undervalue Natural Capital', and please don't make the mistake of seeing that as a $ valuation comment.

Pike River is a classic example. The burning of that coal reduces the ski season - but someone will pick it up without that cost being integral.

I would think they are probably at or do well in terms of best practice in terms of opertaional efficiency, certainly when you read up on Air NZ v the American airlines, Air NZ would seem to be pretty good...

The problem is when you have virtually no profit margins and fuel is a significant cost, they need to hedge fuel costs. However there are minuses on that, its costs to hedge and if fuel stays or goes low you have to buy it at that higher price, so its a gamble.....one they seem to be losing.  hence why I think we should sell Air NZ, it will go bankrupt again....its just how long away...within 5 years for sure.