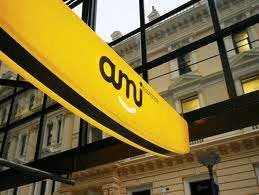 Insurance Australia Group (IAG), which operates State Insurance and NZI in New Zealand, is in danger of having its NZ$380 million acquisition of AMI Insurance blocked by the Commerce Commission because the deal would make the retail insurance market "all but a duopoly", analysts at Merrill Lynch say.

Sydney-based Merrill Lynch research analysts Andrew Kearnan and Thomas Cherian also suggest IAG is overpaying for AMI and say that without the insurer's recent NZ$325 million bond issue to New Zealand retail investors, it wouldn't have been able to fund the AMI purchase through internal funds.

The deal requires regulatory approval from both the Commerce Commission and Overseas Investment Office, plus the consent and issue of a licence from the Reserve Bank. IAG appears confident of achieving these three ticks saying it expects the acquisition to be completed as soon as February next year.

But Merrill Lynch's Kearnan and Cherian point out an IAG-AMI hook up would give the new, expanded IAG 56% and 61% market share, respectively, in the home and contents and motor insurance markets.
Whether IAG gains approval from competition watchdog the Commerce Commission will be "interesting", the analysts suggest, "given there may be an argument around declining competition given the large market share IAG will have in the retail (insurance) lines post this transaction."

"Noted, IAG seemed confident that this will get through based on informal feedback it has had thus far," Kearnan and Cherian add. "The New Zealand government may also be keen to reduce its exposure given the plethora of other issues facing the country though clearly it is not in a position to influence the Commerce Commission."

The deal would lift IAG's share of the general insurance market to 40% from 31%, well ahead of second placed Vero Insurance, owned by Australian rival Suncorp, with 23%. Third is Wesfarmers' Lumley with 9%.

"We see risks in the Commerce Commission rejecting the transaction," the analysts say.

Last Friday's announcement of the sale of AMI, excluding its Christchurch earthquake exposure which remains with the Crown, was welcomed by Finance Minister Bill English. The government stepped in with a NZ$500 million support package for what until now has been a mutually owned AMI after the devastating February 22 Christchurch earthquake. The Christchurch-based AMI subsequently reported a NZ$705 million annual loss and breached its Crown Support Deed arrangement through a NZ$76 million shortfall to its NZ$198.6 million regulatory capital requirement.

Meanwhile, Kearnan and Cherian note IAG is paying NZ$380 million for about NZ$120 million of net assets, plus NZ$21 million of intangibles, from the government. This is equivalent to 3.2 times net asset value, 3.8 times net tangible assets, and the equivalent of 15 times tax adjusted net profit.

"This appears to be expensive relative to past transactions for the industry."

Nonetheless, IAG's  estimate of NZ$30 million of pre-tax savings in two years is feasible, Kearnan and Cherian believe, given the scale of the combined business and overlaps in systems and functions. However, to achieve this, IAG expects to spend NZ$40 million over the next two years.

Kearnan and Cherian also note that because AMI operates as a mutual, it doesn't face the same shareholder demands of listed competitors like IAG, Suncorp and Tower. This means it may have been allowed to under price its insurance and grow faster than the wider market, they suggest.

"Clearly taking out a mutual competitor is favourable for the entire sector."

Meanwhile, IAG's recent NZ$325 million issue of unsecured subordinated bonds to New Zealand retail investors - paying 7.5% interest per annum - will generate a potential regulatory capital benefit of A$246 million. After the AIM acquisition, if the bond issue hadn't been completed, the analysts say IAG's capital excess would've been 1.45 times the minimum capital requirement (MCR) as measured under the Australian Prudential Regulation Authority's regulatory regime. This would have been lower than expected by equity investors and also at the bottom of the range of IAG's own MCR multiple target.

The bond issue also comes on top of IAG and its Australian owned rivals Lumley and Vero, all quietly getting capital injections from their parents this year likely to be worth tens of millions of dollars, in the wake of the Christchurch earthquakes and ahead of the Reserve Bank taking on regulatory oversight of the insurance sector next year.

IAG says it faces a number of credible competitors, including well-established general insurers with significant financial resources and capabilities, plus an "active competitive fringe."

"Retail customers primarily differentiate insurance products on the basis of price and there are no barriers to prevent retail customers from switching insurance providers if the merged entity attempted to raise prices to supra-competitive levels (or reduce coverage or service levels)," IAG says.

It also argues barriers to enter the market and expand are "relatively low."

The insurer says the big banks are sophisticated and sizeable financial institutions that already distribute retail insurance products to their customers and are actively seeking to increase their level of cross-sell into their customer base.

"Accordingly, there is real potential for major banks to begin underwriting their own general insurance products, and to compete directly with incumbent insurance companies at the underwriting level as they already do at a retail level of the insurance market. Insurance services are a natural complement to the financial services currently provided by banks."

See IAG's presentation on the deal here and its application to the Commerce Commission here.

Why is IAG even paying $1 buying AMI, if AMI was left alone it would go bust, leaving IAG and competitors to pick up those customers?

Robby it is a bail out for the Government and taxpayer no doubt, of course the Commerce Com etc will let this go through, Bill and John will make sure it does, (if it does'nt then the Tax payer will have to payout even more),  it's their xmas gift to you.

Yes, I agree. Would be stunned if the ComCom doesn't approve it.