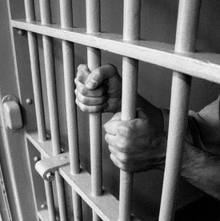 The government's choice of the SecureFuture Consortium to design, finance, build, operate and maintain a prison in South Auckland through a contract worth as much as NZ$900 million, is a win for Macquarie Capital, the consortium's financial advisor. And banks expected to lend money to the group include ANZ and BNZ.

Last year interest.co.nz reported that, should its bid succeed, the SecureFuture Consortium's equity funders would include the Accident Compensation Corporation and John Laing Investments, and its debt funders would include ANZ and BNZ and various other international banks with PPP expertise.

It won the deal against competition from the NZCS Consortium, whose financial advisor was Lend Lease unit Capella Capital and also included the GEO Group Australia Limited, Hawkins Construction and Honeywell. The third contender was GLM Consortium, which had KPMG as its financial advisor and included G4S Australia and New Zealand, Leighton Contractors and Mainzeal Property and Construction.

English and Tolley said SecureFuture would design, finance, build, operate and maintain the new 960-bed prison, which is needed to meet growing demand for prisoner accommodation in Auckland. They said Fletcher Construction would build the new prison, it will be operated by Serco and maintained by Spotless. Construction will begin in the second half of this year, once the 25-year contract has been finalised. The prison is expected to open in 2015.

"This is an important milestone for one of the first major PPP projects in New Zealand," English said. "We are confident the new prison will reduce reoffending, improve public safety and help improve performance across the entire prison system."

"The contract will have strong performance incentives, ensuring we receive a superior service compared to publicly run prisons or we pay a lower price. SecureFuture will need to achieve lower recidivism rates than the average for publicly run prisons to receive incentive payments. It will also face financial penalties if it fails to meet short-term rehabilitation and reintegration measures including prisoner health and employment targets, and safe, secure and humane custodial standards," said English.

The Ministers said the exact price of the 25-year contract won't be finalised until negotiations are complete, but the maximum potential price has been capped at NZ$900 million, which they said was 10% cheaper than if the prison was procured through "conventional" means.

"This covers design, construction, maintenance and operation over 25 years. The capital cost of the new prison has already been factored into previous budgets and does not require new budget funding," English said.

Fletcher said the cost of the design and construction component of the prison, which is subject to negotiation, was expected to be about NZ$300 million.

English and Tolley said the contract will have a combination of incentives and penalties to focus the successful consortium on achieving the Government's objectives of public safety and reduced re-offending.

"It is designed to ensure the Department of Corrections will be buying a better service to that provided by the public sector. If the contractor does not perform at the required level it will face financial penalties and the department will pay less for the service. The contract is also designed to lift public sector performance, with the department having the right to use any successful innovations throughout the rest of the prison system."

If SecureFuture consistently fails to meet its contract targets there were a range of interventions available, English said, including enhanced reporting and monitoring, through to more direct intervention and ultimately termination.

This article was first published in our email for paid subscribers on Friday morning. See here for more details and to subscribe.

What's the IRR to Macquarie Capital?

Unless the government discloses this number for base comparison purposes, all other discussion about comparative advantage is hogwash.

For those who need to know IRR is internal rate of return.

The PPP model for Prisons is one of the most deeply immoral acts of a deeply immoral government. PPPs for Prisons have proven to be a goldmone for the companies and executives involved and a long term burden for the tax payer. They are a stupid way of funding - but the Nats know this already. Costs are bundled in such a way so that it is impossible to acurately cost aagaist alternatives. In the US the appalling Prison Industry can be seen for what it is. A truely bad idea. so why on earth are the Maori Prty supporting a government that puts in place policies that are directly against the interests of Maori. It defies belief.

The Nats are really out to privatise everything. The idea is to gain acess to our taxes directly. The PPPs have an inforceable contract that takes the money upfront from our taxes and guarantees them a payout/return at absolutely no risk to them , This is not business it is something else and it is not nice.

Plan B your comment has been edited, slightly, to remove the references to a failed 1930s political ideology.

US states seek to privatise prisons

A Columnist in the FT described it as an Abrogation of responsibility by the Government in the UK.

In the US privatsiation of prisons is driven by business lobbyists. The US has a prison population that is so large that more black men are now in prison than there were black males slaves during the time of slavery in the US.

Why the Maori party would support the National Party on this issue in any way I find difficult to understand.

These policies can only be understood through a paradim of business interests working with Government to achieve business ends not social ends.

We will see Serco and GS4 getting operating contracts. These companies have performed  poorly in the Uk on numerous occasions but they have proved themselves to be successful in getting contracts.

These are actually very troubling times for New Zealand. We have a governemnt that seems totally aligned with business interests appearing to sell/ give parts of the tax base to business interests. These business achieve their goals by driving down staff wages, terms and conditions and by reducing the conditions of those in prison.

There seems to be little interest in the fact that NZ has one of the highest prison populations in the world (as a percentage of total population).