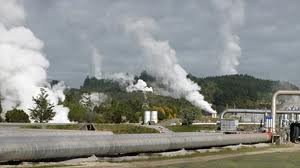 The government is considering whether to give itself the power to approve or block the appointments of chairmen of the boards of partially floated energy companies, Finance Minister Bill English says.

Meanwhile it still hasn't decided on what mechanisms will be used to ensure New Zealand investors are "at the front of the queue" for shares offered in the companies.

State-owned energy companies Mighty River Power, Meridian, Genesis and Solid Energy are each being readied by the government for a sell-off of up to 49% of their shares, in a move the government hopes will raise between NZ$5-7 billion over the next five years. The government is also looking to sell down its 74% stake in Air New Zealand to no less than 51%.

Mighty River Power will be first on the block in the third quarter this year, with either Genesis or Meridian to come second (and the other third), while Solid Energy is expected to be the last partially privatised under the government's "mixed-ownership" model.

By keeping 51% of voting shares, the government says it will keep control of the companies by controlling the majority of board appointments.

However, the government is also considering whether to give itself the special power of having to approve the appointment of the chairman of each company's board, a power it currently has in the case of Air New Zealand.

Responding to written Parliamentary questions from Green Party co-leader Russel Norman, Finance Minister Bill English said directors of the companies following the partial sales would be appointed in accordance with the Companies Act 1993 and the constitutions of the companies, which have yet to be written.

"The Crown will not reserve any special rights in relation to board appointments to itself beyond the rights set out in the Companies Act 1993. The exception is that the Government is still to decide whether it will have any special power to approve the chairman of the Board, as it has for Air New Zealand," English said.

"Such a power would be implemented through the constitutions of the companies," he said.

How we'll allocate shares to Kiwis

Meanwhile, in response to further questions from Norman, English said the mechanisms with which the government would ensure New Zealand investors were at the "front of the queue" for any shares offered in the companies' initial public offerings had not yet been decided on.

"The Government has complete control of the allocation of shares to investors as part of the Initial Public Offerings for each of the Mixed Ownership companies," English said.

"The details of precisely what mechanisms will be used by the Government to allocate shares to ensure these objectives are met have yet to be decided."

Norman had asked whether the use of these mechanisms could mean the government received less for the companies than their market values. English said this could not be determined as it had not been decided what mechanisms to use.

The government has said it expects 85-90% of the companies' shares to be owned by New Zealanders following their partial floats. That includes the government's 51% stakes, meaning 20-30% of shares sold to private investors could go to foreign buyers.

In March, English told Parliament's Finance and Expenditure Select Committee that the book-build process for Mighty River Power, the first to be partially privatised, would need to be conducted in a way that "maintains interest across a number of bidders," as there would be a series of partial floats over the next three to five years.

"The book-build process for Mighty River Power, the first to be partially privatised, would need to be conducted in a way that "maintains interest across a number of bidders," as there would be a series of partial floats over the next three to five year"
Well judging by this link sent to me, that book build is off to a very poor start. Those opposed to the sell off will revel in this, those wanting to buy in will see a sober piece of due diligence.
http://nzwindfarms.wordpress.com/

Whats an opinion piece on wind farms and a salute to nimbyism got to do with the article?

Perhaps you didn't see what I saw in that peice - the govt through Mighty River Power is selling the public a pup - its wind farms are on fault lines and they don't appear to be able to deliver the electricity to the grid - hilarious! Oh and did you miss the bit about the local iwi selling the landscape?
Personally I don't agree with selling off a publicly owned asset to the well off, but if it happens I might buy in later down the track when the euphoria has worn off.

Highly disturbing to view the third world processes revealed in the website, nzwindfarms.wordpress, recommended by OMG.
With ANZAC Day we reflect on the ultimate sacrifice paid to keep NZ a free and just society. Has greed undermined the ideals that were fought for at a high cost?

NZ is considered the least corrupt country in the world, but an SOE and a "pliable" judge kicked us off our perch.
Will anyone report the info on that website? Or are there too many snouts in the trough? This has increased the vulnerability of the country to a "Black Swan" earthquake event.
I notice the "moral" green brigade has gone strangely silent about a fraud on the investing public.
Or is it "Buy an SOE with one wind farm on a fault line and get another one free!" LOL