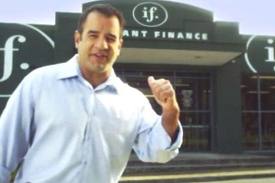 Westpac has taken over the funding of consumer lender Instant Finance's loans from US vulture fund Fortress Credit Corporation through a new securitisation deal.

Instant Finance's just released annual report for the year to March 31 shows the Auckland-based firm repaid the about NZ$43.9 million owed to Fortress on May 9 and entered a financing deal with Westpac. Fortress does, however, remain a 10.3% shareholder in Instant Finance.

"Under the terms of the financing arrangement with Westpac, the company securitises loan receivables through the Instant Finance Warehouse A Trust," Instant Finance says in its annual report.

"Under the facility, Westpac provides funding to the Trust secured by loan receivables sold to the Trust from Instant Finance. The facility is for a term of two years and for a maximum amount of NZ$60 million."

Instant Finance specialises in personal loans of between NZ$200 and NZ$20,000 to what its CEO Richard de Lautour describes as "needs based" borrowers rather than people borrowing for "aspirational" purposes.

Instant Finance's major owners are Auckland's Nausbaum family and Peter Mitchell, best known as owners of the famous race horse Bonecrusher. Fortress gained its 10.3% stake in October 2008 with the NZ$1.2 million it paid offset against a NZ$1.2 million facility fee it was owed through the wholesale funding it had provided to Instant Finance.