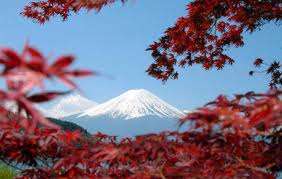 A strategy of targeting major New Zealand corporations is paying dividends for the Bank of Tokyo-Mitsubishi UFJ with the bank recording annual lending growth well in excess of relatively flat overall market growth.

The Japanese bank, which operates in New Zealand as a branch of its parent, grew lending by 23% in the year to March 31, its latest General Disclosure Statement (GDS) shows. That follows 30% lending growth in the year to March 31, 2011. The bank's total loans - all to the corporate sector - stood at a bit over NZ$2.366 billion as of March 31, up almost NZ$450 million year-on-year.

Michael Ryff, general manager for the Auckland branch of the Bank of Tokyo-Mitsubishi, told interest.co.nz the bank had grown lending strongly over the last few years, having expanded out from merely servicing Japanese companies operating in New Zealand to also targeting major local companies. "Far and away" the biggest part of the bank's business in New Zealand is now with local firms.

"Three to five years ago we just really targeted the top 20 (corporates) in terms of size and importance to the economy. We really started growing," Ryff said. "Since then we've expanded that, but we're very much focussed on the better credit quality companies. That includes a lot of the electricity sector and companies in just about every other sector really."

In its latest financial year the bank repatriated NZ$13 million of its profit to its Japanese parent, up from NZ$12.2 million last year.

Growing well ahead of the market with competitive pricing

Ryff said a combination of factors had helped his bank gain business.

"I think companies are a lot more aware of diversifying their risks after the GFC (global financial crisis). If you look at the New Zealand market, the main members are Australian-based banks. So I think if you speak to some of the senior management and boards, there's a drive to diversify their bank groups. I think that's a factor in it," said Ryff.

"And clearly we're competitive as well, we'd have to be to be winning business. It's a combination of those things."

"This clearly illustrates the competitive pricing that this institution is offering in the corporate market place," KPMG said.

Ryff said the local operations are funded through the parent, treasury operations in Australia that serve both Bank of Tokyo-Mitsubishi's Australian and New Zealand operations, local deposits and capital market debt issuance.

The Bank of Tokyo-Mitsubishi is part of the Mitsubishi UFJ Financial Group. As of March 31 the group had loans of 84.6 trillion yen (NZ$1.33 trillion) and deposits of 124.7 trillion yen. See a presentation on the group's financial results here.

"We're long deposits, we're long on that side of our balance sheet. That's savings in Japan basically," Ryff said. "As opposed to Australia and New Zealand where the banks still have to fund about 40% of their needs offshore. We've got certainty of funding is one way of looking at it."

The Australian Financial Review recently reported that Bank of Tokyo-Mitsubishi, along with Japan's other two "mega banks" Sumitomo Mitsui Financial Group and the Mizuho Group,  have undertaken preliminary analysis on potentially launching  retail banking operations in Australia. However, the newspaper said Sony Bank is the most likely Japanese bank to enter the Australian retail market first, and is considering doing so by setting up an online bank to lend money for mortgages.

Ryff said he wasn't aware of any plans Bank of Tokyo-Mitsubishi, or any other Japanese banks, might have to expand into the New Zealand retail banking market.

"Nothing that I'm aware of suggests we might do that," he said.