Bank for International Settlements paper, citing NZ as an example, concludes big and fast-growing financial sectors can be very costly for the rest of the economy

Bank for International Settlements paper, citing NZ as an example, concludes big and fast-growing financial sectors can be very costly for the rest of the economy 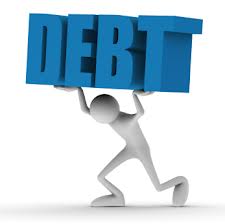 The paper's conclusion that over-sized financial sectors slow growth will add further political pressure on 'Too Big To Fail banks' in the wake of the Libor scandal and a US Senate report outlining a decade of compliance failures at HSBC enabling drug lords to launder money in Mexico and terrorists to open bank accounts.

"Overall, the lesson is that big and fast-growing financial sectors can be very costly for the rest of the economy. They draw in essential resources in a way that is detrimental to growth at the aggregate level," the reports authors, Stephen Cecchetti and Enisse Kharroubi say.

When private debt exceeds GDP it becomes a drag on productivity

The authors find when private debt grows to the point where it exceeds GDP, it becomes a drag on productivity growth, and when the financial sector represents more than 3.5% of total employment, further increases in financial sector size tend to be detrimental to growth.

New Zealand is cited as an example of a country where a surge in private debt levels caused a drag on trend productivity growth.

"To see what these numbers mean, we can look at a few examples. Starting with New Zealand, in the first half of the 1990s, private credit was below 90% of GDP. Credit then rose steadily, reaching nearly 150% of GDP by the time of the crisis," Cecchetti and Kharroubi say.

"This increase created a drag of nearly one half of 1 percentage point on trend productivity growth."

New Zealand's household debt as a percentage of nominal disposable income was at 142.6% at the end of March this year, down from a high of 154.2% in the second quarter of 2009. Cecchetti and Kharroubi suggest keeping debt "well below" 90% of GDP provides the room needed to respond in the event of a severe shock.

"Otherwise, should a crisis arise, the additional accumulation of debt would result in a drag on growth that would make recovery even more difficult than it already is."

They point out by the time of the financial crisis, private credit in the United States had grown to more than 200% of GDP, 160% in Portugal and 180% in Britain.

In an extreme example they note that in Ireland, hard hit by property, bank and debt woes over recent years, the financial sector's share of total employment rose to more than 5%, growing at an average rate of 4.1% in the five years from 2005 while output per worker fell by 2.7%.

Cecchetti and Kharroubi say that because the financial sector competes with the rest of the economy for scarce resources, financial booms aren't, in general, growth enhancing.

"This evidence, together with recent experience during the financial crisis, leads us to conclude that there is a pressing need to reassess the relationship of finance and real growth in modern economic systems. More finance is definitely not always better." 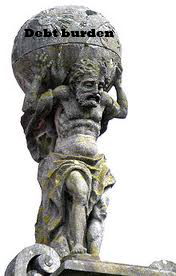 The authors point out the financial industry competes for resources with all other industries making up the economy, requiring not merely physical capital like buildings and computers, but also highly skilled workers.

"Finance literally bids rocket scientists away from the satellite industry. The result is that people who might have become scientists, who in another age dreamt of curing cancer or flying to Mars, today dream of becoming hedge fund managers," Cecchetti and Kharroubi say.

"Booming industries draw in resources at a phenomenal rate. It is only when they crash, after the bust, that we realise the extent of the over investment that occurred. Too many companies were formed, with too much capital invested and too many people employed."

"Importantly, after the fact, we can see that many of these resources should have gone elsewhere," say Cecchetti and Kharroubi.

Too much of a good thing

As with many things in life, they argue that with finance you can have too much of a good thing.

"At low levels, a larger financial system goes hand in hand with higher productivity growth. But there comes a point - one that many advanced economies passed long ago - where more banking and more credit are associated with lower growth," say Cecchetti and Kharroubi.

Secondly, they say that after looking at the impact of growth in the financial system - measured as growth in either employment or value added - on real productivity growth, there's evidence that faster growth in finance is bad for aggregate real growth.

"One interpretation of this finding is that financial booms are inherently bad for trend growth."

And we spend to much time talking finance rather than business.  Look at the telly news breathlessly telling us about todays exchange rate.  Whereas the watchers are more likely to be working in or owning small businesses.
I was please to see this site run a business story a day or two ago.  Refreshing.
http://www.interest.co.nz/business/60313/australasia%E2%80%99s-largest-o...

Ask any banker :  "debt is good" For them

Good debt! llololoolollol. C'mon,  Being in someones elses pocket is never good longterm
Saying "debt is good" is like saying "I strive to be poor"
I think you mean "surplus"

But the PM is doing all he can to ease us into even more debt., not realising the unattainable budget surplus will be further removed in time and reality. It can only be a vicious circle as more debt will be required to sustain his or at least the back benchers' re-election hopes.

Rt Hon JOHN KEY: I think if you went and spoke to any generation of New Zealanders, they would say that it is always quite difficult to purchase one’s first home. That is the case for most New Zealanders. They struggle and they save. But fortunately this generation of New Zealanders has the economic leadership of a National Government that is ensuring that interest rates are on their lows, that there has been a reform of the Resource Management Act, and that Maurice Williamson’s great work around licensed building practitioners, etc., etc, are all making the Kiwi dream of buying a home possible.

Obviously the ex- FX dealer's economic understanding is not the same as academics from the central banks' banker. Nevertheless, one has to be mindful that these enlightened revelations are always presented after the fact - not an ideal trader's dream.

No argument from me

It's not only finance stifling growth - As Ayn Rand perceived:

In their Ten Thousand Commandments 2012 report which was released in June, the CEI estimates the cost of US government regulation at $US 1.75 TRILLION. That is just under half (48 percent) of the budget of the federal government. It is almost ten times the total of all corporate taxes collected and almost double the total collected from individual income taxes. It is also one-third higher than the total of all pre-tax corporate profits. It is the hidden cost of doing business in an interventionist economy. The fact that the cost of complying with these regulations is substantially higher than the total of corporate profits is a stark illustration of the end result of economic intervention. That end result is capital consumption. Read Article

No surprises here. How much longer before the parasite kills its host?

Productivity is a reduction in labour cost, coupled with real efficiencies, yes?

The first falters when your system needs them to consume too.

The second can only peak somewhere short of 100%.

What they should have really looked at, was Soddy's Negative Pigs analogy.
www.energybulletin.net/stories/2012-04.../capital-debt-and-alchemy

But hey, they're economists, right?