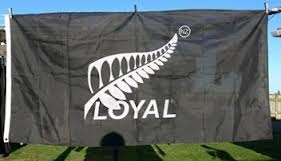 Speaking to interest.co.nz after Westpac NZ yesterday posted a record annual net profit after tax of NZ$707 million, up 22% year-on-year, CEO Peter Clare said cultural differences were a major factor in Westpac NZ having 49.6% of its customers with four or more products (as of September 30) compared with just 30.2% at Westpac Australia and just 28.6% at Westpac's St George Bank subsidiary, also across the Tasman. The New Zealand figure's up from 49% at March 31 and 48.2% at September 30, 2011.

"I don't think you can underestimate the kind of cultural differences between the countries," Clare said. "I think there is probably a propensity for higher degrees of bank loyalty in New Zealand than perhaps in Australia."

"I'd love to be able to say that there was something fundamentally that we were doing that was really changing the dial, but I think the journey we're on as an organisation to garner more MyBank customers, and therefore more customers that have three, four, five products, is a longer-term journey and is really the reflection of our strategy rather than something you can turn off and turn on in the space of a short period of time."

He said Westpac NZ had been an early adopter of the group's "MyBank" strategy, through which it tries to increase the number of customers who use Westpac as their main transactional bank and have two or more products with the bank.

Westpac 'ahead' of rivals

Of the big four Australasian banks Westpac was the only one to disclose figures for the percentage of customers with four or more products with the bank in its annual results. Compared with its big New Zealand rivals - ANZ, ASB and BNZ - Clare said Westpac was ahead in terms of the importance it places on growing the number of products per customer and in organising itself to "facilitate customer needs" through many products rather than just one.

"It's a true statement to say customers buy products, they don't buy a relationship. But what we're seeking to do is say, 'well look if you come in to buy a product and you're new to the bank, well we want to be able to show you why there's a real advantage in broadening your relationship with Westpac across a number of products and making Westpac your bank'," Clare said.

"Our focus has been on local," Clare, who replaced George Frazis as Westpac NZ CEO in April, said. "We have been quite explicit on training our bankers both in business banking and consumer, and providing them with credit authority limits, to be able to say 'yes' to a customer very rapidly, or 'no' as the case may be."

Another statistic disclosed in Westpac NZ's annual results - but not those of its parent - is "time to first yes within an hour" for retail customers. This was unchanged at 59% versus the bank's half-year results, but up from 56% a year earlier.

The penetration of Westpac's wealth unit with its banking customer base is also stronger in New Zealand than Australia. Here, 23.4% of customers have wealth products, up from 21.2% at March 31 and 19.1% a year. This includes KiwiSaver, products from Westpac's BT funds management unit, and from Westpac Life.

"Certainly if you analyse what New Zealanders look like in terms of insurance New Zealanders are chronically underinsured, both on a general insurance basis and a life risk basis," said Clare.

"So it's quite an easy and sensible and good conversation to have with a customer. (For example) a young couple who've got a baby who might be buying their first house, to have a proper conversation around life insurance for both of those borrowers. To make sure a tragedy doesn't end up a catastrophe from a financial perspective, if something bad was to happen. Again, it's a needs based and customer centric approach as opposed to 'we have to sell 10 widgets this month.'"

Just 20.8% of Westpac Australia customers have a wealth product from the bank and 15% of St George customers.

I have a bank balance north of $150,000. I asked the ASB if they could remove the $5 card service fee. They politely asked me to play by the rules. Citibank Japan does it for bank balances over JPY1,000,000.

No doubt I would be offered a bit more if I had a mega-mortgage.

If you have large deposit balances, particularly term deposits, you contribute very little, and in some cases negatively, to profitability, hence your treatment.

If your were a borrower on the other hand.....