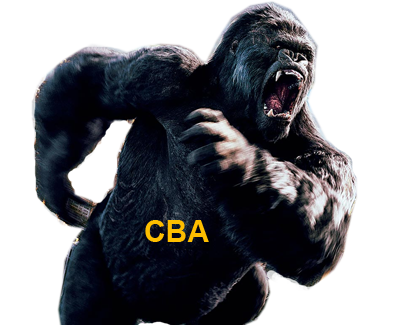 The rise and rise of Commonwealth Bank of Australia (CBA), parent of New Zealand's ASB Bank and insurer Sovereign and the biggest of Australasia's big four banks, has continued to the extent that it reached a market value bigger than the entire German banking system last week, The Wall Street Journal reports.

CBA's market capitalisation has risen by more than 20% in 2012, with its share price touching a record high of A$61.33 last week. That took its market value above US$100 billion (about A$95 billion or NZ$120 billion). According to the WSJ report, based on data from the Datastream Global Banking Index, this is bigger than the entire banking system of Germany, Singapore or Italy. It also makes CBA the world's seventh biggest bank just behind US behemoths Citigroup and JP Morgan.

Topping the US$100 billion mark comes after interest.co.nz reported in August that CBA was now so big its market value was almost twice that of the entire market capitalisation of the New Zealand sharemarket.

Unlike some of the banks with tentacles spread around the globe that came a cropper in the global financial crisis (GFC), CBA's largely limited to Australasia. Aside from its New Zealand subsidiaries, which its New Zealand CEO Ian Narev considers domestic brands, CBA's interests outside Australia stretch only as far as the Commonwealth Bank Indonesia, and 20% stakes in China's Qilu Bank and Bank of Hangzhou, plus 20% of Vietnam International Bank, meaning its fortunes are heavily tied to those of the Australian economy.

Media speculation has, however, linked CBA with a potential tilt at Standard Chartered, which has a big presence across Asia but a market capitalisation only about half the size of CBA's. Temasek, the Singapore state investment company, is Standard Chartered's biggest shareholder with an 18% stake and has been unhappy with the London-based bank after it was forced to cough up US$340 million to settle claims made by New York authorities that it laundered money for Iran.

The Australian Financial Review reported in its Street Talk column last week that even though Narev, who played Davie in the 1979 television series Children of Fire Mountain and succeeded fellow New Zealander Ralph Norris a year ago, has insisted there will be no rash acquisitions made on his watch, CBA recently hired ex-Goldman Sachs banker Ed Eason as its merger and acquisition head.

"One wonders what he (Eason) will be doing to keep himself busy," the AFR noted.

Reminds me of the hubris surrounding the past valuation of the Tokyo Imperial Palace.

During the height of the 1980s Japanese property bubble, the palace grounds were valued by some as more than the value of all the real estate in the state of California

We all know what happened next.

Is it that the bank is huge.  Or just the capitalisation.
It's capitalisation - more than that of the combined German banks apparently - is determined by profits and a great stream of cash.  More than determined by it's operational size.  (Number of employees etc.)
There's a great stream of cash and profits, ( until recently our money ) flowing to the shareholders.  Massively apparently,
Are we to assume that the CBA bank is making vast profits over and above the profits of the German banks combined.
Maybe too much.

Maybe we could run a competition to name previous Top 10 Banks that failed or had to be saved etc. Being in the Top 10 usually means something not good for a bank and the country that it is from.  But not this time, I am sure that whatever happens that Australian State will make sure that nothing bad happens.
also check this out, A University Professor in the vaults at the BoE
http://www.youtube.com/watch?feature=player_embedded&v=CTtf5s2HFkA

Built on the back of the Australian and New Zealand housing market.
Where housing goes so goes CBA.
A house of ...

Yes indeed and still a pimple when the total banking system of Germany is accounted for.

The German banking system is divided into three pillars: private commercial banks, public-sector banks and co-operative banks with the distinction being made on the basis of their legal form. It is dominated by universal banks (accounting for 97% of all institutions and 75% of assets) and the majority of institutions are not strictly profit-maximizing entities (82% of institutions and 44% of assets).

Private commercial banks account for around one-tenth of all credit institutions in Germany and for around one-third of the total business volume. They comprise the large banks and smaller regional banks, private banks and branches of foreign banks. While the large banks are truly universal banks, combining retail and corporate banking business with investment banking activities, the regional commercial banks have a strong local presence and are often engaged in special activities like housing finance. The smaller private banks often specialise in industry financing and wealth management. Foreign banks play only a small role.

Public sector banks include savings banks, which are owned by the state governments (Länder or municipalities), and the Landesbanken, which are usually jointly owned by the savings banks and the state governments. Together they account for one-third of total business volume. Savings banks offer a wide range of banking services and have to serve the public welfare (e.g. they are obliged to open up a current account for every applicant). Savings banks are also universal banks but are limited in their regional activity (the ‘regional principle’); thus, they hardly compete with other savings banks, but only with private or cooperative banks in their region. Their core business is retail banking and relationship banking to SMEs and they maintain the largest branch network of all banking groups. The traditional role of the Landesbanken was to act as central institutions for the savings banks (serving as clearing houses, holdingtheir excess liquidity reserves, providing marketing services and access to capital markets and offering savings banks clients investment banking services, access to foreign markets and credit on a larger scale) and serve as the main bank of the respective Land in which they are located in (e.g. pursuing the interest of the state in regional business development). However, these roles, notably acting as central institutions for the savings banks, have decreased in importance over time and the Landesbanken have increasingly operated in similar ways to private commercial banks on an international scale.

Due to their public ownership, savings banks and Landesbanken used to enjoy a guarantee by the public founding entity in the event of default (Gewährträgerhaftung) as well as a maintenance guarantee (Anstaltslast) whereby the owners ensure that the bank can meet its financial obligations at all times (i.e. providing liquidity support and capital injections if the bank is threatened by insolvency).3 This guarantee was less important for the savingsbanks as they are mostly refinanced by deposits, but very important for the Landesbanken due to their marketrefinancing. In 1998, private banks initiated proceedings against the system of state and municipal guarantees. Following a ruling by the European Commission that these guarantees were not in line with state aid regulations, a compromise in February 2002 between the European Commission, the federal government as well as the Länder and the Association of Savings Banks and Landesbanken required the abolition of the guarantee obligation while existing liabilities were still fully covered, and the replacement of the maintenance guarantee (Fischer and Pfeil, 2004). However, a generous phasing-out period until July 2005 allowed the banks to enter liabilities with government guarantee at a maximum duration until 2015.

Credit co-operative banks comprise the largest number of independent institutions among the banking groups. Together with their head institutions they account for around one-tenth of overall business volume. They are owned by their members who receive a profit-dependent dividend. These institutions, however, are not standard profitmaximizing entities, their function is to support the business of their member-owners. The main difference from a corporation is that members usually only have one voting right, irrespective of the size of their investment in the co-operative. The two central institutions of the co-operative banking group provide a wide array of services to the individual co-operatives, similar to the Landesbanken.

Mortgage banks and building and loan associations (Bausparkassen) operate in all three sectors and account for 13% of the balance sheet total. In addition, a number of banks with special tasks exist in the private and public sector, such as development banks, the Industriekreditbank and the publicly-owned Kreditanstalt für Wiederaufbau (KfW), which together account for around 11% of business volume.

This three-pillar system has changed little over time as most mergers occur within each pillar. While private-sector banks in general do not have the opportunity to take stakes in public-sector banks, there are no restrictions for public-sector banks to take over private banks. Takeovers of credit co-operative banks are made difficult due to the regulation that each member has one voting right.