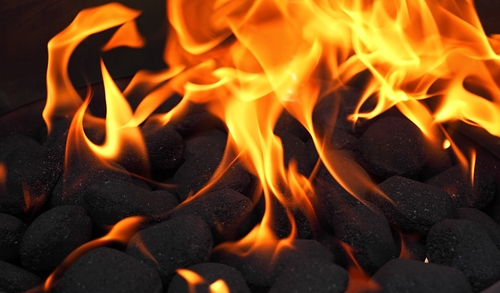 Financially strapped state-owned miner Solid Energy is shedding a further 105 staff as it tries to get its struggling operations back on an even keel.

The company, which has already cut hundreds of jobs, has around NZ$389 million of debt in total, and whose bankers are in talks with the Government over restructuring options, said the latest cuts were coming as it continues to work with its "funding partners" and with Treasury in refocusing the company on its core coal mining business, and divests non-core assets and activities.

Named as bankers to Solid Energy have been: ANZ, ASB, BNZ, Westpac and Bank of Tokyo-Mitsubishi.  However, the company has refused to say who wholesale investors are that hold NZ$95 million of its debt.

Prime Minister John Key has said his government won't be letting Solid Energy's banks off Scott-free and they will "definitely" have to wear some losses.

Solid Energy told interest.co.nz last month in a response to an Official Information Act request that it will not name its bondholders. Nor will it disclose the interest rates it's paying on them, or details of the bond's covenants.

Solid Energy Chairman, Mark Ford, said today that the company’s "funding partners" and Treasury were undertaking a wide-ranging review of all parts of the business with a view to confirming the best strategy and structure for the company’s long-term future, which would see the company focus on its core coal mining capability. The company expected to confirm the company’s business model and strategy by the end of June.

“Staff in the company, particularly those who work or report into Christchurch, have had many months of uncertainty and we know that continues to be really difficult for them. We’ve made the decision to move on this change proposal now so that we can start to give these staff some clarity about their future,” Ford said.

“The proposal for a new corporate office structure is designed to support a refocused coal mining business which is appropriate for a coal company with our turnover, is consistent with others of a similar size in our sector and which is affordable for the business.

“We have already cut some of our activities and operations and are divesting other parts of the business, as well as surplus assets. This includes the Nature’s Flame wood pellet business which will go on the market shortly.

“While the underground coal gasification and lignite conversion still have potential, Solid Energy is no longer in a position to be the lead sponsor of major capital projects and we are looking to transition and divest these projects to entities which have the capital, experience and appetite to progress them. The company’s financial situation also means that it is unlikely that we will be able to undertake any significant new coal development projects,” Ford said.

The company is now consulting on the proposal with potentially affected staff and expects to confirm the final structure for corporate staff based in and reporting to the Christchurch office by late May. The company says that this process will not affect its service or delivery to customers.