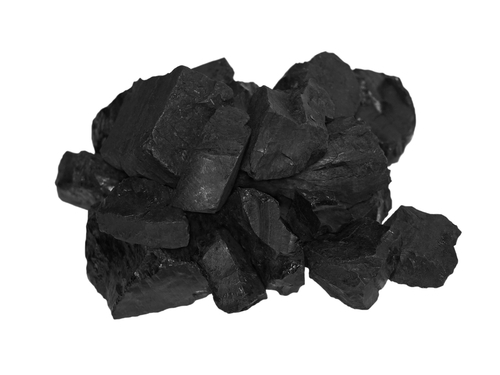 Finance Minister Bill English and Minister for State Owned Enterprises Tony Ryall say Solid Energy, one of four SOEs the government had earmarked for partial privatisations, is in talks with its banks over restructuring options.

“The Solid Energy board is working with Treasury, advisors and the banks with respect to further restructuring options, with the aim of returning the company to a sustainable financial position,” English says. “World coal prices have dropped significantly which has contributed to the deteriorating financial position that Solid Energy is in now."

“These discussions are required because the position of the state-owned enterprise has continued to deteriorate despite the restructuring that has already taken place,” says English.

Solid Energy's 2012 annual report shows total debt of NZ$295 million comprising NZ$225 million of bank debt and NZ$70 million of bonds. It says all bond and loan facilities are unsecured and all the debt was marked as non-current, meaning none of it was due for repayment for at least 12 months. Solid Energy last year made a net loss after tax of NZ$40.2 million and paid the government a NZ$30 million dividend.

Ryall says a number of factors have weighed against the company, including a 40% crash in world coal prices.

“The new chair (Mark Ford) and board are focusing on a return to a core coal business which is viable at current world prices. The public is aware that there had already been restructuring at the company, but more may be required,” says Ryall.

“The Government appreciates this is a very unsettling time for employees and suppliers and the company’s wider stakeholders but it is a process which must be worked through carefully and properly."

Solid Energy's trading position has continued to deteriorate despite a number of initiatives to reduce costs, preserve cash and restructure the business to meet the on-going challenging global coal market.

Solid Energy Chairman, Mark Ford, says: "We are in discussions with our banks and Treasury on the debt and equity support required for future operations of the business. A restructuring and turnaround plan for the company is being prepared by the newly appointed Board in support of these discussions. We believe that this plan can provide a sustainable future business to meet expected market conditions."

"Despite some modest recovery of international coal prices from a low of around US$140 per tonne in September last year - down from US$224 in June 2012 and a high of US$350 in January 2011 - the company expects any sustained recovery will be prolonged," he says.

"The company is carrying substantial debt and the half-year result will record a significant loss. This coal market downturn has resulted in weak prices negatively impacting the company's operating results for the half year. Mark Ford says that the company appreciates the on-going support of Treasury and the company's banking partners in this difficult and challenging period."

English & Ryall are holding a press conference on Solid Energy at the Beehive kicking off about now.

I thought Don Elder was a genius? What happened?

Remember the : "We only know who is swimming naked only when the tide goes out " quib by Warren Buffet ??

This is one of the occasion.

Solid Energy Chairman, Mark Ford, says: "We are in discussions with our banks and Treasury on the debt and equity support required for future operations of the business.

How prescient of you ostrich:

The RBNZ whilst trying to look credible  is simply looking at ways to ensure that government guarantees are in place for our  Australasian banks when the moment arrives.

Solid Energy last year made a net loss after tax of NZ$40.2 million and paid the government a NZ$30 million dividend.

Another case of government extracting dividends from loss making SOEs.

Return to surplus anyone?

I wonder if the creditors might consider that action sharp practice and seek to have it reversed.

Could be some interesting questions asked regards the independence of government appointed directors.

Yeh, can you just see them saying to the bank "i need to borrow #30 mil" the bank say "what for" and they reply "to pay the government a dividend"

I wonder if the government would make the like's of Starbucks and Google go to such trouble to pay their dues?

Feel free to step in at any time anyone.

"Solid Energy has entered into commercial arrangements in relation to banking products including term deposits, loans and loan facilities and derivatives with CBA. DM Elder was a Director of ASB Bank, which is a subsidiary of CBA. DM Elder resigned as a Director of ASB Bank on 31 December 2011."
Up
0
by Stephen Hulme | 21st Feb 13, 6:10pm 1361423456

... and derivatives with CBA.

Paying fixed on swap related debts is always a recipe for disaster in a falling interest rate and competitive sales environment.- A E Fekete knows

It has 5 banks in total. Full list in the story now.

Anyone hear the shite from Bill English on National Radio this evening around this issue.

The spin and shite was so fast and sooooooooo deep I almost heard the words "too big too fail".

Justice, English is full of it, hopeless case

The interesting thing is high energy price  & volitility was expected at and after peak oil (the saw tooth effect). So moving forward we'll see new peaks and throughs.  The problem is going to be the extraction costs keep on rising, necessitating high prices.  When those prices collapse companies will go to the wall and/or cancel investment.  This is what will make Hubbert's peak asymetrical, the investment wont be made to keep production up.

So really the info is/was there but the CEOs and boards of directors poo poo'd any such event only seeing ever increasing profits and bonuses without considering ppls and economies ability to pay.

Sit back and watch.

We should all thank the Moari Council for stalling the sale of SOEs. Otherwise we would have been sold a lemon by the Goverment when they listed it. No wonder Bill English and John Key were in such a hurry to sell off everything......

The fact that this Great New Zealand Company (worth almost 2billion) goes from hero to zero in just two short years show what kind of eceonmy we have.......

We are TOTALLY dependent on international commodity pricing for our survival (and this include Fonterra our BIGGEST Company)....

Coupled with the new "Begger thy neighbour" monetary policies from our own "friends" in the Developed world, our country's income is also TOTALLY dependent on international currency flows.....We are now BOOM BOOM "wealthier Kiwis" because of hot money inflows....perhaps to be turned into DOOM DOOM sucker Kiwi when the tide turns ???

Banks to share pain? Did Solid Energy negotiate better pricing due to it being an SOE with the government standing behind it?

If so then why should the banks wear some of the pain.

Because they lent on an unsecured basis?

Whats the bet that the governments solution is to sell it in some "special"  give away deal to their mates that will "save" the tax payers from the liabilities and problems?

Why should the tax payers bail SE out. The banks are big boys, they made a commercial lending decision. Question is if a business is government owned on what basis should a bank be funding. Otherwise if the state is always going to prop the thing up, this is tantamount to arbitrage.

The bio fuels was just sad. Existing oils seed growers had their market blown apart, growers that went into the fold now have to wait 20 years to get their seed certification back. Drove the price of fat for recycle to $150 drum, now back to $30. And the business assets may as well have been given away.

its not easy being green.