Mighty River shares rise 8.8% after making debut on NZX, before settling back late in the day

Mighty River shares rise 8.8% after making debut on NZX, before settling back late in the day 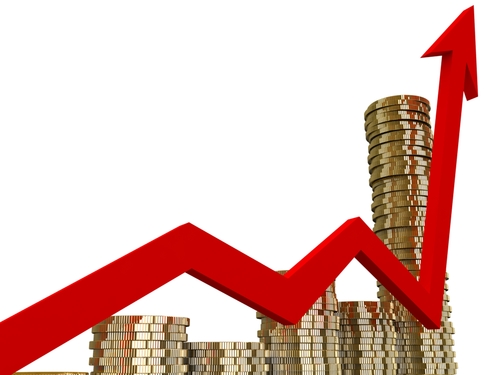 Mighty River Power shares have made their debut on the stock market today, rising as much as 8.8% above the issue price before settling back to be 4.8% ahead.

In early trades the share price hit NZ$2.72, giving an acceptable early premium for those buying shares in the recently completed float.

However, later the price eased back to NZ$2.62. Trading was extremely brisk, with over 56 million shares, representing more than 8% of the total sold to the public in the offer, changing hands.

While the NZ$2.50 price achieved by the Government for sale of 49% of MRP, raising about NZ$1.7 billion, was acceptable enough, it will be crucial for the Government that the shares go well on the market after listing.

The final number of Kiwi investors in MRP, at just 113,000 could be seen to be disappointing in the light of pre-registered interest by 440,000 people. But undoubtedly the launch of the Labour/Greens policy for a new single buyer of electricity did put some investors off.

The Government will be hoping that a strong post-listing share price for MRP will convince investors who held off, to sign up for shares in the next of the partial privatisations.

The Government has a stated intention of raising between NZ$5 billion and NZ$7 billion by selling down its holdings in MRP, Meridian Energy, Genesis Energy and the already NZX-listed Air New Zealand.

Achieving good results from the privatisation programme is crucial to the Government's immediate strategy because it is forecasting a Budget surplus by 2014-15.

Theoretically it will be able to achieve the surplus and maintain spending on new assets by funnelling the money from the sale of existing assets into those new investments. Without the returns from the assets sales it would be looking at having to either borrow the money for the new assets, or slash spending.

The Government's already indicated that it is getting ready for the next partial privatisation. This will most likely be the biggest of the state power companies Meridian. Based on last year's board valuation a sale of 49% of this company could raise as much as NZ$3.2 billion - though there have been suggestions the Government might look to sell it in two bites given its large size.

Market watchers are likely to regard movements in the MRP price today as largely irrelevant. With local institutions having only been able to get about 17% of the shares offered, it was always likely they would be in the market after listing to top up their holdings - thus pushing prices up.

Of more crucial interest will be how the MRP shares fare over the next month or two.

Market watchers are likely to regard movements in the MRP price today as largely irrelevant. With local institutions having only been able to get about 17% of the shares offered, it was always likely they would be in the market after listing to top up their holdings - thus pushing prices up.

Apparently unknown to me because I never trade shares, the Australian energy privatisations are not the offerings they were once thought to be. Read here and here:

A well known ploy. Playing the index and ensuring a volume must be bought day 1. Just for technical / mandate reasons...

We think some big game yield hunters will wait a little (see what insider knowers do), before coming in - safety first.

Speaking with others (mainly mums and dads, and mainly some of the 300,000 odd who registered but didn’t buy) the general consensus is that they were spooked by the Labour/Greens policy statement.
While it is early days, early indications suggest that the Labour/Greens may have upset 300,000 voters.

"voters" to the jaundiced eye of This old cynic, would be hard pressed to remember who their local MP was. let alone their List MP's, let alone an LG stab at Central Planning a coupla years ago from the next 'lection.

An election is an "advanced auction of stolen goods", in the immortal words of H L Mencken....

Yes indeed - not risk taking speculators riven by barking mad "animal spirits to gouge the most from those with the least.

Probably for the best given Wall Street sociopaths are susceptible to engineering money threatening stock market flash crashes without notice.

did no one work out the PE like someone else said? i imagine many of the 300,000 maybe had a bit more sense and were registering to get a steal in MRP or in contact if it dropped? someone else already said contact seems priced much better at the mo..

I would suggest if the people were spooked by the Labour/Greens policy then they should not have been investing in the first place.

Take note, I say again: the Crown (us) have hereby retained 100% of the liability for maori water claims whilst now owning only 51% of MRP equity. Much of the $1.7bil proceeds here may yet evaporate. Ergophobia

Henry - I am having trouble opening the Executive long term incentive rules:

Does it work for you, as posted?

Works fine here Stephen H...the link , that is...I'm yet to wander through the rules...objectives to retain key people with huge inducements , built in parachutes and so on...you know the usual  hog a the trough stuff.

or more likely the "greed factor" .. to get around the scaling factor
There were 440,000 "expressions of interest"
Many of them would be multiple entries by the same person
Using aliases
Using their ordinary name with the first and second name reversed
Using names of other members of the family
Using their maiden names (where applicable)
Using their childrens names
Using the Family Trust
I've known of IPO's where 1 person applied using 50 different names
The question is .. of the 113,000 that stayed in for the draw ..
How many are duplicate identities? and how many are unique identities?

Many of them would be multiple entries by the same person

Wouldn't IP address detection sort that out? Or were postal applications permissable?

From what I read of the difficulties they had with the web-site at the beginning, I doubt if they were that smart ..