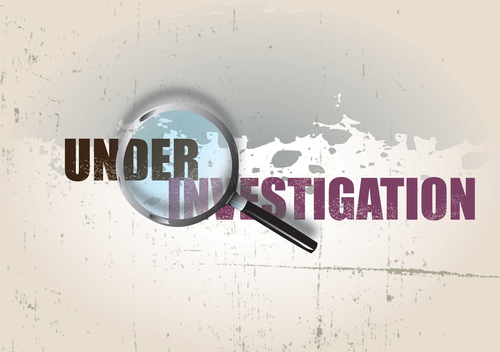 Ernst & Young will carry out the independent inquiry to see whether Auckland Mayor Len Brown improperly used any council resources during his affair with Bevan Chuang.

The inquiry appears to have a broader potential scope than might perhaps have first been envisaged, given that as well as looking at payments and procurement and whether Ms Chuang received "preferential treatment"  it also entitles E&Y to look at "any other issues". The period covered by the inquiry is from when Brown was first elected Mayor in 2010 all the way through till today.

However, it is intended to have the review wrapped up in four weeks.

"The review will be reported back to the chief executive as quickly as possible, in no more than four calendar weeks," McKay said.

He also put out a separate document containing the detailed scope of the independent review.

The review has the support of the mayoral office which will cooperate fully with it.

McKay said it was important that the public had "full confidence in the council’s processes and that all expenditure and activity is open to public scrutiny".

He said last week he was not aware of any specific information or anything contrary to the Mayor’s assurances in public and to him in person.

"The review is not specific to the elected members’ code of conduct but will cover council policies and procedures. The review will provide background information should any code of conduct review be initiated."

Auckland Council and Ernst & Young would not make any public comment on the substance or progress of the review until its findings were released, McKay said.

These so-called consultants, supposedly acting in our best interests are often allowed to reach deep into our pockets without a voter mandate.  I think the country would run to a stand still if such practice was prohibited and the incumbent bureaucrats that are legally attached to various political enterprises were charged with executing their duty. But the cessation of parasitical consultant fee demand knawing away at our taxes would be a more than noticeable compensating relief.

Will they ask if free rooms at Skycity were a bribe or blackmail for support of the Skycity deal?

What's the difference between

A senior naval officer who has been dismissed from the Defence Force after he was found to have had an affair with a civilian subordinate.  senior-naval-officer-dismissed-defence-force

A Mayor having an affair with a subordinate?

You cannot sack a mayor ... they're only answerable to their electorate ... and Mayor Len is not accused of threatening his mistress , whereas Seaman Staines is ...

Mayors are not employers. In fact, constitutionally they aren't much at all. And martial law is not the same as civilian law - so what is not illegal in real life might be for the military.

The "Enquiry" has been designed to allow LB to avoid most direct questions from media. "I cant comment on that question due to the enquiry".

The left-wing media will keep supporting him, until it all gets just too embarrassing.
His spindoctors have worked out a nifty rehabilitation pathway for him.

... no doubt the kids were already primed by their parents ..

LB can always be the front person for that TV ad "30 secs Spray and Walk away."

Won't have time to answer queries - I'm too f#@king busy, or vica versa.

I know a little Chinese dish that's guaranteed to go down very well ....

Make no mistake this is no whitewash exercise. Brown could find himself working at the local dry-cleaners in a few months (please note clever reference to Allan Hawkins).
GBH is 100% correct: you cannot sack an elected member of a council. They are not employees nor are they employers (except collectively of the Chief Executive and only of the Chief Executive). So, in this case, the various aspects of employment law do not apply. But you can get rid of an elected member if he or she

is convicted of an offence punishable by a term of imprisonment of 2 years or more.
(Local Government Act 2002 Schedule 7 (1)(b) )

How could that happen in LB's case? Well, two ways in this enquiry. Misuse of council funds is probably some kind of fraud that must be punishable by a prison term. More intriguingly the enquiry into LB's endorsement of Chuang for a  job at the Art Gallery could - if you hold your tongue the right way - fall under the Secret Commissions Act 1910 and specifically para 8 clause (1) which states:

Every person is guilty of an offence who advises any person to enter into a contract with a third person and receives or agrees to receive from that third person, without the knowledge and consent of the person so advised, any gift or consideration as an inducement or reward for the giving of that advice

and the penalty for an offence against this act?: two years pokey - the  magic number!

Sadly, we all know this will be a whitewash. The questions they will be allowed to ask will be so finely focussed as to be poiintless. Notice how Brown never says 'No' when asked if there are any other affairs in his closet. His answer in this morning's Herald to that question was 'there better not be'. WTF does that mean? Why can't he say 'No'. I suspect the reason is that when the next one pops out he can say he never lied.

How many of the eligible voters bothered to turn out to vote for any mayoral candidate? - hasn't this turned into a money soaking junket which will be charged to mainly disinterested resident's rates demand notices for the benefit and possible satisfaction of a tiny self-interested minority?

Not many Len supporters read this website. Maybe that is why Len has been under no pressure to curtail the reckless amount of debt increases racked up whilst interest rates temporarily pause at historically low levels.....

Nothing illegal or immoral happened here. And nothing that is any of our business (two consenting grownup competent adults etc). I think everybody needs to get back to sitting at their front windows monitoring the commings and goings of their neighbors. Oh and what about all those bastards who are not keeping their lawns cut!!!

Yes it is.. We pay good money for this guy to do his job. Instead he went fishing in other people's well.

Seriously? You are deeply concerned about other people's sex lives? Really???? You must have trouble sleeping at night, surrounded as you are by SINNERS- on the streets, at your supermarket, in all of the political parties, your neighbors, (your family members!!!), your friends, your workmates! Oh the horror! Sinners everwhere! Dont EVER touch anybody elses hand! It may have been involved in one of a myriad of sins!

he said "hold my calls, oh and sack my cook" someone misunderstood him..

Graham Capill, is this you posting?

An informal poll. Over the last 40 years, IYHOs, what percentage of all NZ mayors have had extramarrital affairs?
The research says about 25%
"In general, based on the above data, we can conclude that over the course of married, heterosexual relationships in the United States, Extra Marital sex occurs in less than 25% of committed relationships, and more men than women appear to be engaging in infidelity (Laumann et al., 1994; Wiederman, 1997). Further, these rates are significantly lower in any given year. [...] (Blow & Hartnett, 2005."

My guess would be that the marital infidelity rate amongst politicians is greater than the 25% of everyman everywoman? More opportunites

There is another angle to this. Getting naked and fornicating at work. In most companies this is a dismissable offence.
Imagine if it was the other way round, the mayor walking in on the security guard having sex at work? Security guard would be dismissed on the spot. Why should Len be able to argue that this is a private matter? If you are doing it at work it's not.
Getting drunk at home, no problem. Come to work drunk, you get fired. Same with sex.

Very good point, imagine elected member such as John Key, Helen Clark or whoever got caught in the act.  What would the nation think of him/her as a leader?

An Australian  Labour government MP John Brown admitted that he'd had sex on his parliamentary desk , back in the 1980's ...

... and the Australian public thought more of him for it !

But then , he was only bonking the lady who was at the time his wife ....

... he is the fine gentleman who described koalas as piddling stinking scratching animals .... after one wee-wee'd on him , and wrecked his best Italian suit .... and as Minister for Tourism , that little episode rocketed around the world ...