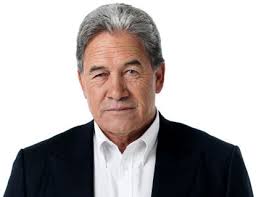 In outlining who National will consider working with following this year’s election, expected to be in November, Key said his preference would be to continue working with National's current three partners ACT, the Māori Party and United Future. Although there were policy differences between National and the Conservative Party, Key said it was "likely that there would be enough common ground to work with them in Government.”

As for NZ First, Key said a post-election working relationship was "very unlikely, " but he wouldn't rule the possibility out before the election.

“In 2008 we ruled them out because we were unable to reconcile some of their statements on the Glenn donation matter. Six years has passed and, should New Zealand First be returned to Parliament, we would not rule out a discussion after the election," Key said.

Key did rule out working with Labour, the Greens and Mana saying the three represent "a far left wing agenda" that isn't good for New Zealand.

“MMP makes it likely that every election will be a tight contest,” Key said. “That means it’s also likely that following the election we will need to work collaboratively with other parties to form a stable Government."

"First and foremost, National will be campaigning hard for every party vote it can win, because that puts us in the best position to continue the positive policy direction New Zealand is on. Put simply, the higher National’s party vote, the more options we have."

“Since November 2008, we have shown that we can lead a stable Government with other political parties involved, even when those parties have different outlooks and policies," Key added. "Looking ahead, it is most likely that the nature of these working relationships will be via Confidence and Supply Agreements, as these have worked well in the past two Parliamentary terms."

“In the end it is the public who largely determine the make-up of the Government by voting in parties to Parliament,” Key said.

Dunne, previously Inland Revenue Minister, resigned last year after an investigation into the leaking of a GCSB report found he had 86 email exchanges with Fairfax journalist Andrea Vance in the 13 days before the leak was published in the Dominion Post, including many that discussed the report.

“I am pleased to welcome Peter Dunne back as a Minister. We have worked together well in the past, and United Future continues to be a valued partner in government," Key said.

“While 2013 brought its challenges, both Peter and I start this election year looking forward, not back.”

Not ruling out working with Winston? Pursuit of power at any cost, perhaps.
Running scared?

We either have a GREEN-LABOUR-FIRST- INTERNET-MAORI-MANA-MONSTER , a nine  headed monster , or if you like the nine Devils we dont really know........... or John Key and Bill English  .
I dare say ... Hobsons Choice.

Stuffed if I know what room Cunliffe has got now , seeing as the Gnats are over on the left of centre too ....

.... and I notice Cunny has ditched the tax policies that David Shearer was running with , as Labour leader ..... tax policies which Cunliffe himself drew up !!!!

The implications of that are:

In order to retain power, John Key is willing to get into bed with others .. in doing so he would have to be prepared to accede to some of their policies .. policies which he is not willing to consider otherwise .. now that is cynical .. all for the sake of power .. not for the sake of the populace .. yet if the populace vote for either Peters and or Craig in numbers they will be telling Key they dont like what he is doing ..

That should be the "kiss of death" itself

I'm suprised "Whichever major party NZ First supports" has been so low in the current poll.
My Opinion: If National give the Conservative party a seat, they will probably bring in 2 MPs from the religous fundamentalist block, ACT gets 1 MP if they are given Epsom again, if a new econonic right wing party is formed in the next month or two (only rumours at this stage) and are given a seat they might bring in 2 MPs. Maori party decimated with 1 MP at most.
With all that, and a fair pro-national turnout, they will still need Winston for a National-NZ First-Conservative-Unnamed Right Wing Party-ACT-Maori Party government.

yeah for democracy.....
Though Im not so sure on "given"  Rodney worked hard for Epsom, give him credit there.   Are there enough NZers willing to accept such an accomodation with christian fundies and a new right party, ie 3 seats to do that?
Will enough NZ swing/middle road voters elsewhere be so agast it costs National mainstream votes?
Let them form their right wing loony pack, I hope they do.  It gives NZers a clear view of the right and what they'll do to retain power at any price. I'd wonder on NZers stomaching that....
regards

Anything to keep Russell Norman from being a minister is required. If John Key had to deal with Pol Pot I would prefer that to the Greens.

And I would rather have Augusto Pinochet than Colin Craig.

Puleeeez , who said anything about Colin Craig being a dictator ?
From what I have read , he is person with conservative views holding traditional family values , who occasionally goes to Church .
Unlike the Greens who are STALINISTS MASQUERADING AS ENVIRONMENTALISTS .

"I don't know if I am a creationist or not," he said. And when his first non-negotiable policy of the year is to change NZ law to match an Austalian law (when the Australian law he mentioned actually doesn't exist) I have to wonder how interested in fact based policy he is.
That said, I wouldn't compare Craig to Pinochet or Norman to Stalin (however much bold and all caps text people use to say it).
I think I am comfortable saying I reckon iPredict is overestimating the Convservative block slighty, even if they do spend as much on the election as last time (the second most, ahead of Labour and behind National) I can't see them getting much over last time (so less than 4%).

Me either dh at 3.45, but I felt one ridiculous comment deserved another

...people who espouse traditional family values always scare.  Meaningless, make it up as you go (my way is best) statement.

... if Colin Craig wishes to masquerade as " an intelligent human " he needs a drastic change of costume and persona , 'cos the current one's are fooling no one ....

Didn't say he was doing it that well

You would rather your Prime Minister allied himself with a dictator who was responsible for the deaths of roughly 3 million people, than with Russel Norman?
Really?

What else is there to say....
Rather dead than red, especially if its someone else whos dead.

Agreed , we cannot have those Stalinists who masquerade as Green environmentalists anywhere near the levers of power

And if democracy says thats so what then?  Asassination?  A coup? install your own little military junta?
You really are off the planet....
regards

I might even vote for Winnie purely based on the sheer entertainment value he provides!

Ipredict 2014 Election Update #2
Wednesday, 22 January 2014, 2:23 pm
Press Release: iPredict
IPREDICT LTD
2014 Election Update #2
Wednesday 22 January 2014
www.ipredict.co.nz
Key Points:
•       Growth to be 4.8% but unemployment to remain above 5.8%
•       100 point rise in OCR expected
•       Boscawen now expected to lead Act but its future on knife-edge
•       Mana the safest of small parties and NZ First not expected back
•       Key’s probability of third term up to 58%
•       Conservative Party may be decisive
•       Mallard and Dyson now expected to seek re-election
Commentary:
John Key’s odds of a third term have improved marginally this week, with a 58% probability there will be a National prime minister after the election.  However, with National and Labour/Green in a dead heat, Mr Key’s prospects of a third term depend on small parties, particularly the Conservative Party.  The election will take take place with economic growth approaching 4.8% but with unemployment remaining above 5.8%.  Among the small parties, Mana is in the strongest position in terms of confidence it can win an electorate seat while Winston Peters’ NZ First continues not to be expected back.  Act is also vulnerable – John Boscawen is now favoured to lead the party, with David Seymour favoured as its Epsom candidate, but it has only a 50% chance of winning the pivotal seat.

The thing iPredict is vulnerable to, and has been affected by in the past, is people buying publicity by shifting the betting odds by putting money down (as actually a pretty cheap form of advertising) and with a 5% move in a week, I would be wondering if it is being affected by it.
That said, in the latest poll here about 65% of replies peg National, and if people believe that (rather than it being a reflection of the audience at Interest) there would apparantly be some easy money to be made betting against the deluded fools at iPredict who are underrating National's chances. My wallet is staying shut on that one, though.
Personally, baring  election year shocks, I think a lot of the swing will be controlled by the question "For most voters, are their wages increasing in line with their costs"

"58% probability there will be a National prime minister after the election."

People complain about politician's, how they wont answer questions and so forth. Then when a new one comes along, like Colin Craig, they complain about him because he is not like other politicians.
Go figure.

Actually from the few sound bites it sounds like he isnt really answering Qs either.
regards

I was thinking there should be a Roy Morgan poll along soon. And iPredict does seem to have been overesitimating Conservative party support compared to the polling data.

Just look at that trend....down or at best now flat.
and the big difference between this term and the 1st term.
I have no idea on how well iPredict is actually successfully predicting but it seems no worse than many others.
I suppose you could take the "Fundie" vote that United future had and assume that the Conservative party can also party poll at more or less that level. So it all hangs on CC being handed a seat or not.  I suspect we'll see that eventuate. NZers will get what they deserve Im sure.
regards

iPredict is considered very good at binary outcome predictions over a long period of time, and generally beats traditional polling. This type of prediciton exchange is vulnerably to short term "money attacks" where the buying contracts pushes up the prediction likelyhood, and the publicity generated is cheaper than buying a bunch of headlines through other means (that is why I would be a bit cautious about the 5%jump in one week, particularly without knowing the number of traders involved). These jumps even out over time as other players take advantage of the disparity between price and reality, but that is slightly more gradual and doesn't get the same headlines. This was known to have happened on Intrade in 2008, and there is some evidence that someone tried it again in 2011.
http://www.buzzfeed.com/jacobfischler/trader-lost-millions-apparently-tr...