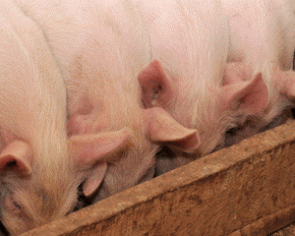 The Government has claimed credit for floating the three state-owned power generators and selling down the Crown's stake in Air New Zealand for a cost that was less than 2% of the proceeds, but opponents put the true cost at more than double that.

The Government has released its final estimates of the costs of the 'Mixed Ownership Model' programme of State Owned Enterprise share sales, including spending by the Government of NZ$85.5 million on brokerage, legal fees and advertisements, and spending by the companies themselves of NZ$35.1 million.

The Government said the money it spent represented 1.83% of the NZ$4.67 billion in proceeds from the sale of shares in Mighty River Power, Meridian Energy, Air New Zealand and Genesis Energy.

Finance Minister Bill English and SOE Minister Tony Ryall said the costs were slightly below the 2% estimate made at the start of the programme. That estimate excluded the costs to the share offer companies themselves and the cost of incentives to retail investors.

"This final cost is low by the standards of share offers in both New Zealand and overseas," English said.

"In the context of a programme that raised almost $4.7 billion to be reinvested in new priority public assets, it represents good value for money for New Zealand taxpayers," he said.

Treasury estimated it spent NZ$12.6 million on advertising and communications, NZ$64.9 million on legal, brokerage and advisory work, and NZ$7.9 million for Treasury's own internal costs.

The full Treasury estimates are here.

The total costs by the Government and the companies represents around 2.5% of the sum raised.

Ryall said the share offers had deepened and strengthened New Zealand's capital markets, with the Mighty River Power, Meridian and Genesis Energy floats together adding more than NZ$8.85 billion in capitalisation to the NZX main board.

"111,000 common shareholder numbers have been issued during the share offer programme, indicating that tens of thousands of New Zealanders have become shareholders for the first time," he said.

"Finally, mixed ownership will be good for the companies themselves, giving them extra scrutiny and accountability, and additional sources of capital."

“In their list of costs today, Treasury has omitted to include the bonus and free share schemes  which cost NZ$80 million, the NZ$30 million subsidy for Rio Tinto, the increases to executive salaries, the foregone dividends and the losses on the sales," Cosgrove said.

“The Government needs to come clean on what the real costs to the taxpayer are. The asset sales programme has been a massive failure and misleading people over the costs is the final slap in the face for the public," he said.

Cosgrove estimated foregone dividends at NZ$147 million and current losses on the sale of shares at NZ$383 million.

Green Co-Leader Russel Norman said the Government was being 'tricky with its estimate of the costs and he also referred to the forgone dividends, Rio Tinto payment and bonus payments to executives. He estimated the true costs at over NZ$640 million.

"New Zealanders will pay for these costs through higher power prices and the loss of services the dividend payments could have paid for,” he said.

See more detail on Treasury's smorgasbord of advisers for the SOE floats here.