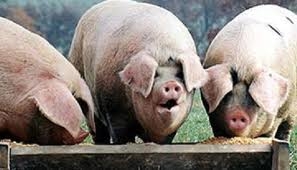 Treasury is seeking yet another adviser to help with the government's planned selldowns of state owned assets (SOE), this time moving to recruit a Probity Adviser to help police potential conflict of interest issues.

In a request for proposal Treasury says applications for the role must be in by noon on Monday, May 28 and it hopes to have a contract in place with the successful applicant by June 18.

Treasury already has a smorgasbord of advisers in place for the selldowns of government assets. Investment banks First NZ Capital and Credit Suisse Australia, Macquarie Capital and Goldman Sachs have been appointed as joint lead managers for the first initial public offering, that of electricity generator and retailer Mighty River Power.

Those firms are part of a panel of firms Treasury has established that can potentially  act as joint lead managers of the various sharemarket floats, with this panel also including UBS, a partnership between Forsyth Barr and Merrill Lynch, plus Deutsche Bank and its 49% owned Craigs Investment Partners.

State-Owned Enterprises Minister Tony Ryall said in December the selldowns will see the government pay about NZ$100 million in fees to investment banks. That would work out to be around 1.8% of the sale price, which was in line with costs relating to the Contact Energy privatisation in 1999.

But investment banks aren't the only ones in on the action. Treasury has appointed Bell Gully as legal advisor for the Mighty River Power float, with a panel of law firms picked as preferred suppliers of their services for the floats. Aside from Bell Gully, the panel also includes Chapman Tripp, Russell McVeagh and Simpson Grierson.

The National Party, re-elected to government on November 26 last year for a further three years, contested the election on the policy of selling up to 49% stakes in Mighty River Power, Genesis Energy, Meridian Energy and Solid Energy, as well as selling down the government's 73% stake in Air New Zealand to no less than 51%.

The government is touting this 'mixed ownership model' as a way of boosting "ma and pa" retail investors' investment opportunities away from property and the collapsed finance company sector.

Treasury estimates the share sales will raise between NZ$5 billion and NZ$7 billion, which has been earmarked by the government for "social infrastructure" spending, such as school upgrades and irrigation, over at least the next five budgets. The money will be noted in Treasury's accounts as the "Future Investment Fund."

To date, the government has already promised to spend NZ$1.48 billion of the SOE share sale proceeds: NZ$1 billion for school upgrades, NZ$400 million for irrigation investment, and NZ$80 million to help fund a technology institute.

For the role of probity adviser Treasury says applicants must have the ability to provide the following services:

• review and update existing probity and conflict management protocols and resources as required;

• prepare and review new resources to mitigate and manage potential conflicts of interest;

• ensuring that the RFPs are conducted fairly and in accordance with recognised good practice, Treasury’s policies, all applicable statutory requirements and Government guidelines

• providing advice on the identification and management of any real or perceived conflicts of interest in relation to tender processes and the services performed by existing contracted suppliers;

• minimising the risk of any successful complaint or challenge to the procurement of services by The Treasury or any sales processes; and

Meanwhile, it says the Crown has 10 objectives for its mixed ownership model programme

1 Fiscal (static). Optimise the value for the Crown and freeing up capital

2 Fiscal (dynamic). Allow the companies to obtain growth capital without depending entirely on the government

6 Majority Crown ownership. Ensure the government has a controlling stake

9 Low execution risk. Successful implementation is achieved (such as good demand for shares, and the shares perform well after listing)

10 Timing .The programme will be well advanced by 2014, to allow capital to be released over the next few years to finance other capital priorities

The government has also set up a website to provide information on the asset selldowns.

Can someone tell me how numbers 2 and 6 in the list above are compatible with each other? I can't see a scenario where the Governent will sell down only to reinvest in a capital raising down the track??

The list of dependants is impressive as it is long.

I guess the combined fees will more than compensate those entitled to collect them from tax liabilities, in the immediate aftermath of far flung fiat.

What a way to reward votes bought.

Great photo to accompany the story. It's actually good to see a list of reasons why they are selling down/out; even if I disagree with most.

If we had a different Reserve Bank mandate; something closer to the US, the UK, Switzerland, Japan, or even China, then it seems to me most reasons would disappear.

1) Given the dividend stream is foregone, its difficult to see the government balance sheet allowing much extra funds. The RB could in any case produce the funds.

2) Create subsidiaries with specific growth ideas, and float half of them.

3) Make the economy more competitive, and you would get natural floats. A very expensive and risky way of boosting the NZX. NZers can already easily invest in Oz, so those with the inclination have plenty of choice already.

4) NZers already own them. How they will manage this in practice will be interesting. MRP presumably will be in the NZX20 or 50; so funds will have to pick them up. Okay for the share price, but most free float shares will head immediately offshore proportionate to holdings of funds.

5) Why are they not already sharp; or transparent? Given previous floats sorry record post float, why will these be different?

6) Already has a majority stake. 100% in fact. Does this conflict with other factors?

7) So, selling cheaply? In conflict with 1. Expect a spike in the share price on float; a spike in directors fees and executive pay or incentives; and then either monopoly price rises or disappointing returns after that.

8) Fascinating to see how they do this?

10) They are hoping for early success by the next election, but not enough time for it all to have turned to custard.

Was it Simon Power who used to complain in parliament about "trotters in the trough"?

In this instance I think they were invited to wallow in it.

How is an irrigtion scheme considered social infrastructure... are we irrigating public parks?

It's appalling Kate - at best a necessity to justify banker participation in the corporate dairy rort.

The excuses hardly veil this government's contempt for the general citizen/taxpayer.

- not to mention the environment.

Its a fair question re an irrigation scheme. For all that, I actually support the idea. Of course the water provided should be paid for by the end users, and not a freebee for the governments' mates.

But if I banter on about the current account being more important than the fiscal one (and I do, probably to everyone else's annoyance); and that in fact the government can use its money to invest in productive facilities, then it seems to me that good irrigation is a good idea. The farmers who benefit should of course pay for the water.

The farmers who benefit should of course pay for the water.

Water is free.  All of the cost/value of water is in the reticulation/transport system - and irrigators (I understand) claim such a costing/charging regime would make their operations uneconomic .. hence the reason why we the taxpayer are funding it.

What here, locally?. The price of milk, is surely penalty enough?. -  I know I am being heretical, but I do not benefit from overproduction of milk exported offshore in various states of undervalue added.

Talked to a farmer friend tonight in the Hawkes bay irrigation scheme. He told me he had a visit from two BNZ managers in  suits. They wanted to lend him money for his irrigation conversion, he said they were not locals. He was not impressed.

I emailed Treasury's internal PR folk yesterday to ask whether there were any plans to take on any more advisers. I got a response saying my questions had been forwarded to Chris Major, their external marketing and communications director for the "MOM project." I'm yet to hear back...