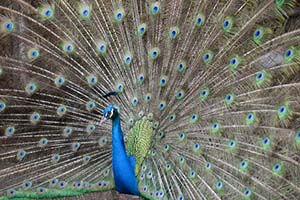 With Auckland house prices surging higher as immigration runs at record levels and some parts of regional New Zealand struggle, the Government has announced a series of immigration rule changes designed to encourage more new arrivals to skip Auckland and head to the regions.

In a speech to the National Party Conference at the SkyCity Convention Centre in Auckland on Sunday, Prime Minister John Key unveiled a package of immigration measures the National Party says are aimed at improving the spread of workers, skills and investment across New Zealand.

New measures kicking in from 1 November include:

Boosting the bonus points for skilled migrants applying for residence with a job offer outside Auckland from 10 to 30 points;

Doubling the points for entrepreneurs planning to set up businesses in the regions under the Entrepreneur Work Visa from 20 to 40 points. And;

Additionally from mid-2016 the Government says "a pathway to residence" will be provided for a limited number of long-term migrants on temporary work visas in the South Island. This will be targeted at about 600 workers in low skilled jobs.

"This would be targeted at young, highly-talented and successful technology entrepreneurs and start-up teams, who want to be based in New Zealand, employ talented Kiwis and reach across the globe. There’s been quite a bit of interest in this idea and we’re going to look at it carefully over the next few months," said Key.

"Taken together, the changes I’ve announced today will contribute to a better balance in our immigration settings."

Migrants who gain residency under the new points system will reportedly be required to live in the regions for at least a year, up from the current requirement of three months.

The latest figures from Statistics New Zealand show population growth from migration hit an all-time high of 58,259 in the year to June with the lion's share settling in Auckland.

In a statement Immigration Minister Michael Woodhouse said thousands of people from all over the world are moving to New Zealand because it is a good place to live, work and raise a family.

“Those people make a significant contribution to New Zealand’s economic growth by providing skills, labour and capital we need, along with valuable cultural and business links. New Zealanders will always be first in line for jobs and that won’t change,” Woodhouse said.

“Currently, many new migrants settle in Auckland, which faces infrastructure challenges as it transforms into a truly international city. At the same time, business owners in other parts of New Zealand often struggle to find enough skilled workers to meet their demands."

“While there are already incentives to encourage migrants to move to areas outside of Auckland, we can do a better job of matching the needs of regions with available migrants and investors,” said Woodhouse.

Key said of around 10,000 skilled migrants who get residence each year almost half settle Auckland.

"We want to balance that out a bit, by attracting more people into other parts of the country to help grow local economies. Currently, skilled migrants with a job offer get 10 extra points if that job is outside Auckland, and those points count towards the 100 they require," said Key.

Those arriving of on an Entrepreneur Work Visa currently get 20 extra points if they set up a business outside Auckland, which counts towards the 120 they require.

"From 1 November, we will double that to 40 extra points. Immigration New Zealand expects to approve up to 200 people next year under this visa. With the changes we’re making, we expect to see most of these entrepreneurs setting up or growing businesses outside Auckland and creating new jobs across the country," said Key.

"The third change I’m announcing will help employers find out faster whether New Zealanders are available to fill a particular vacancy, before they lodge a visa application with Immigration New Zealand. From 1 November, they’ll be able to contact Work and Income directly to check availability. This is a small measure, but it’s been really appreciated by employers in Queenstown and we’re extending it across the country," Key added.

He said the changes would "help spread the benefits of migration across the country,"  especially to regions "crying out" for workers, skills and investment.

"We need to be more connected with the world, because that’s where our opportunities come from. This is just one small part of that approach. We’ll also continue to press on with free trade agreements, build stronger investment links, and embrace the openness and connectedness that characterises successful countries in the 21st Century," said Key.

Tinker is the appropriate description.
I notice Winston makes a point that 5 years residence away from Auckland is his minimum.
Will these Nat bozos ever get into the real world?

The whole notion of setting any time period that someone granted residency must stay in a certain region/town is stupid anyway. What are they going do .. arrest someone who moves? Revoke their residency status?

And who is going to enforce it? The police? NZ Immigration?

Just like none of the promises made under the OIO Act ever get followed up to see if the promises are fulfilled. It's all window dressing on the status quo.

This is just a scheme to spread the problems of Aucklandto the rest of us. Thanks for nothing government.

When my wife's grandparents migrated to NZ some 60 years ago they wanted to settle in Auckland but back then they had to go where they were told which turned out to be Christchurch. Somewhere along the line this regulation was scrapped, hence the distorted immigrant distribution we now have.

Just been looking at the points system. A 20-30 year old, moving to outside Auckland, has 60 of the 100 points based solely on age and location outside of Auckland.

Chuck in a trade qualification and they're in.

Watch the overall total immigration numbers post implmentation of this policy. It's just letting more people in over all, 12 months in a region, then head to auck?

And by simply having it 'outside auckland', it will mean wellington, being clearly the second biggest place for migrants, will get almost all of the people who wanted auck as first choice.

Probably would of been better to deduct points for auckland and leave the rest of the criteria the same, as they've done it, we will seem record high numbers get even higher.

Although govt. is aiming for 15 mill population in 50 years time, so need 2% or so growth. Buckle up. And prob buy some real estate while you're at it..

Another question is: Can NZ economy afford decreasing consumption if migration flows are negative again when the bright times of exporting commodities are over?

according to govt. funded research no we can not. Not at least until we reach 15 mill where we can attract companies of scale and compete with europe, US etc on things other than milk

Based on a large body of new research evidence and practical experience, the consensus
among policymakers now is that other factors are more important for per capita growth
23
and productivity than migration and population growth. CGE modelling exercises for
Australia and New Zealand have been influential in reshaping expectations.

"Ater 10 years in London and Dublin, urban designer Greg McBride says he returned home "looking at the place with new eyes, and understanding how people can live in denser situations, and happily so".

"The biggest issue in urban design is public understanding of how we can live better in a more dense setting . . . it hasn't been properly communicated to the public yet."
http://www.stuff.co.nz/national/politics/8024613/Optimal-size-for-New-Ze...

Read, "we haven't managed to find a way to compel people to accept this yet" The idiots want to turn Auckland into London, San Francisco, or Portaland? Its all very well for the privileged young professional class, but what if you are poor and brown and your rents skyrocket and you're pushed even further out to the margins of the city? Whose going to mow their lawns, clean their toilets and offices, wipe their arses when they're in hospital etc?

The profitable education system, desired by overseas students not as a platform for success (the quality of NZ's Universities is quite low in global terms) but as a platform to migrate. Desired by students' parents to step into NZ tax-relaxed haven.

But be mindful education is one of the "export" sectors (it attracts foreign currencies) that will grow more and with more future. Certainly more future than dairy exporting.

We choose, we cannot have it all. But many here are enjoying the benefits at the expenses of many others. If only the whole society took advantage and not just a few..

Numbers? I see no signs that migration via the education system is that much of a back door. In any case we get a young NZ tertiary educated immigrant so we know the qual is real plus they have been here 4~5 years so know what NZ really is like, I cant see its much of an issue in any event.

Welcome to readers who have visited this blog since my Q&A interview yesterday. Although the most recent post was on Australian monetary policy, my focus here is on New Zealand issues. The range of topics I touch on reflects some, slightly random, mix of my fairly wide-ranging interests, my experience, my reading, and what pops up in newspapers, speeches, or other blogs here and abroad.

The single economic issue that I care about most is reversing the decline in New Zealand’s relative economic performance that has been going on, in fits and starts, since at least the middle of the twentieth century, if not longer. We’ve done badly. I want New Zealand to be a place my kids want to stay in, rather than joining the diaspora – the more than 900000 New Zealanders (net) who’ve left since 1970.

Be careful what you wish for? Education is bringing in billions of revenue into the country, do you want to stop that now that dairy revenue is heading south? If we start giving slack in education sector, our next door neighbour Australia will reap all the benefits ! I know Australia tertiary sector is directly compete against NZ.

isn't a lot of the attraction back door residency?

Where is the data that people who have come into NZ under the existing entrepreneur system have added economic and other value in some new to NZ??

IF NZ cannot ban people who have fought for ISIS overseas back into the country because you cannot leave a person stateless then I would assume that anyone controlling where someone lives would also be breaking the same human rights law!! JK and National better start looking at their advisers because some one is having them on!!

Do politicians not realise that the world is changing so fast that what a person learns in year one at Uni is out-dated by year 3....just think of all the collateral damage that is done when people apply their out-dated education to a world that has moved on!!!

I met a Filipino businessman (Mr Jolobie). He said NZ MBIE went to the Philipines to try to encourage investment but (according to him) he couldn't see any investment that interested him.