Financial Stability Board task force to develop climate-related financial risk disclosures for companies to use as information for lenders, insurers and investors

Financial Stability Board task force to develop climate-related financial risk disclosures for companies to use as information for lenders, insurers and investors 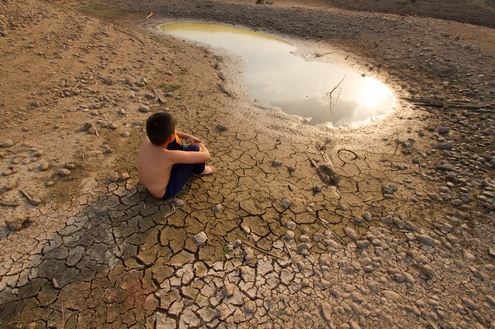 The Financial Stability Board (FSB),  one of the key entities tasked with promoting global financial stability, has appointed former New York City Mayor Michael Bloomberg to chair a task force to develop voluntary climate-related financial risk disclosures for companies to use to provide information to lenders, insurers and investors.

FSB chairman Mark Carney, who is also Governor of the Bank of England, confirmed the plans at the Paris Climate Change Conference. The Task Force is described as an industry-led disclosure task force. The Paris announcement comes after the FSB last month suggested the financial sector faces three key risks from climate change being physical risks, liability risks, and transition risks.

The Task Force will consider physical, liability and transition risks associated with climate change and what effective financial disclosures in this area should be. The aim is to develop recommendations for consistent, comparable, reliable, clear and efficient climate-related disclosures, the FSB says. Wide ranging existing disclosure schemes on climate and sustainability highlight the need for companies and stakeholders to reach a consensus on the characteristics of effective disclosures and examples of good practices, the FSB adds.

"The FSB is asking the Task Force on Climate-related Financial Disclosures to make recommendations for consistent company disclosures that will help financial market participants understand their climate-related risks. Access to high quality financial information will allow market participants and policymakers to understand and better manage those risks, which are likely to grow with time," Carney says. "Michael’s experience working on climate change issues, his unparalleled track record of execution in a broad range of fields, and his lifelong commitment to open and transparent financial markets make him the ideal leader for the Task Force.”

The Task Force will undertake its work in two stages, the FSB says. The first stage will see 10 people decide the scope and objectives for its work.This is expected to be finished by April next year. The second stage will include up to 30 people looking into specific recommendations for voluntary disclosure principles and leading practices, if appropriate, aiming for completion by the end of 2016.

"In similar fashion to the Enhanced Disclosure Task Force, an industry-led group that was established by the FSB in 2012 to make recommendations on financial risk disclosures for banks, the Task Force will comprise senior technical experts from firms that are the preparers and users of company risk disclosures, as well as risk analysts. The members of the Task Force will be private-sector individuals drawn from financial and non-financial companies across a broad range of countries within the FSB’s membership," the FSB says.

For his part Bloomberg says, “It’s critical that industries and investors understand the risks posed by climate change, but currently there is too little transparency about those risks. When Governor Carney laid out the idea for a task force on climate-related financial disclosures, I offered him my full support to help make it a success. While the business and finance communities are already playing a leading role on climate change, through investments in technological innovation and clean energy, this task force will accelerate that activity by increasing transparency. And in doing so, it will help make markets more efficient, and economies more stable and resilient.”