Malcolm Turnbull to force big bank CEOs to appear before parliamentarians to explain how their key decisions affect pricing and the wider economy. Bankers respond

Malcolm Turnbull to force big bank CEOs to appear before parliamentarians to explain how their key decisions affect pricing and the wider economy. Bankers respond 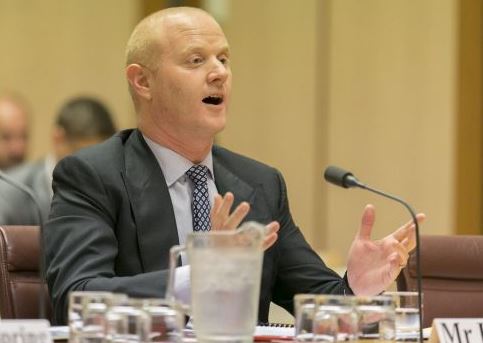 [The following is a media statement released here.]

Australia’s major banks will be called to appear at least annually before the House of Representatives Standing Committee on Economics to enable the Committee to report jointly to the Treasurer and the Parliament on Australia’s banking and financial system.

The Government recognises that at all times and particularly in challenging economic times globally, it is important that Australians retain faith in our financial institutions and the decisions they are taking.

The Australian economy depends critically on the performance and strength of our banking and financial system.  Banks operate under a social licence and have responsibilities to the Australian public.

As part of a broader terms of reference to be provided to the Committee by the Treasurer, the Committee will be asked to examine and report to the Parliament on the banking and financial system, calling Australia’s banks separately to appear before the Committee. This will provide the opportunity for banks to explain how they are responding to funding issues to support Australian consumers and businesses.

In particular the banks will be required to explain:

The appearance by the banks will ensure they have the important opportunity to transparently account for their decision making and how they balance the needs of borrowers, savers, shareholders and the wider community.

The Coalition Government has already taken significant steps to further strengthen our banking and financial system through the conduct of the Murray Financial System Inquiry and the ongoing implementation of the recommendations of this report. In addition, the Government has acted to strengthen the resources and capability of ASIC, which has not just the investigative and reporting powers of a Royal Commission but also the ability to prosecute and otherwise act against those responsible for malfeasance in the banking and financial sector.

Furthermore, the banking sector has announced their own reforms to banking culture and practice designed to put their customers at the centre of their business.

Tasking the House of Representatives Economics Committee to monitor and report on the ongoing implementation of these policies and commitments, as well as addressing broader regulatory and economic impacts on the banking and financial system, will provide a useful contribution to improving public understanding and informing policy settings.

It is envisaged the Committee would report at least annually on its assessment of the evidence presented by the banks and other witnesses relevant to the subject of its inquiries.

These arrangements will ensure that the banks are regularly, and permanently, accountable to the Committee. This will be a regular, and we would expect, a permanent part of the Committee’s business in the same way that the RBA and APRA have been regularly appearing before the Committee for many years.

The Government would respond to the Committee’s reports and any recommendations therein.

The House of Representatives Economics Committee already has hearings with the RBA and APRA and is therefore the appropriate body to hold the banks to account in a transparent, responsible, timely and cost effective manner.

Malcolm Turnbull is the Prime Minister of Australia

The Australian Bankers Association has responded as follows:

“The Federal Government is entitled to call the banks before a parliamentary committee, however no other businesses are required to justify their commercial pricing decisions in this way,” ABA Chief Executive Steven Münchenberg said.

“We are confident banks can explain why the interest rates they set for borrowers are determined largely by the costs of funds and the pressures of a highly competitive market, not the Reserve Bank cash rate,” he said.

“Since the start of the global financial crisis, over eight years ago, the Reserve Bank’s cash rate has not mirrored the actual funding costs of banks. Banks have explained repeatedly why the Reserve Bank does not set interest rates.”

The ABA has pointed out that one example of higher bank funding costs comes from the recent announcements by a number of banks that they are raising deposit interest rates.

“About two-thirds of bank funding comes from deposits and banks have raised interest rates on a range of those deposits, even as the Reserve Bank cut the cash rate,” Mr Münchenberg said.

“This is great news for the many Australians, in particular seniors, who rely on their savings in retirement and who are being squeezed by low interest rates. At the same time, those Australians with a mortgage continue to enjoy the lowest interest rates in over 50 years,” he said.

“As well as higher deposit costs, we have seen increases in banks’ short-term funding in wholesale markets. Banks are also having to build their capital to withstand any future shocks, which adds further pressure on their margins.

“In making interest rate decisions, banks have to balance the needs of borrowers and savers, and shareholders in banks, most of whom are also ordinary Australians.

“The industry welcomes the opportunity to discuss the international and domestic context for banks, and how we are responding to concerns around bank practices.”

Banks will never walk the talk, unless custodial sentences are on the table. Fines don't cut it, shareholders pay those not bank dealers.

I think the Aussie Govt. should be bought in to account for the ballooning debt they have created in the last few years. Totally irresponsible. One rule for them and many for others.

Turnbull is simply playing his populism hand. He knows what's going on and is simply trying to save his bacon as the money tree economy is being questioned more often.

Check out who really owns the Aussie Banks - that graphic is incredible
http://blog.creditcardcompare.com.au/big-four-ownership.php

Then take a look at this:
https://independentaustralia.net/business/business-display/who-owns-corp...

All the more reason for Governments to enact laws that makes the depositors funds the property of the depositor, not the bank, and the bank responsible for protecting it. Take banking back to basics. To some of the other commenters on this site. the chart and article prove my point is that there is little to no choice for the average man on the street. The modern world demands we use a bank but they are all the same. this is not a "free market" but a manipulated and controlled one at the expense of the depositors.

" ... who really owns the Aussie banks " You clearly did not read the article, only jumped to a conclusion based on a skim of the image. Very poor. You are making the same superficial mistake many other readers did a few years ago 'claiming' that the real owner of Fletcher Building was the RBNZ. Such conclusion jumping only points out shallow knowledge of how custodian services work, and that some readers actually read very little of the links they provide as 'proof'.

"some readers actually read very little of the links they provide as 'proof'
Yes. That happens a lot.

I can't see much coming from this considering its Malcolm Turnbull who is a former Banker.

"No other businesses are required to justify their commercial pricing decisions this way"
No other businesses have a licence to create money out of thin air whenever someone asks them for a loan. This is a privilege that should be reserved for the people/government

At the end of the day and with that much firepower against him, Malcolm will turn sheep and run for the hills!

This is the sort of thing I have predicted when I talk about the battle for unearned income. Banks are tolerated when the going is good, but as the quantity available for skimming off the top shrinks, the beneficiaries will start fighting to keep their share. The pool is shrinking, that is the nature of a credit based system that is also hitting resource and demographic limits. So there will be losers, and an increasing amount of losers as it keeps shrinking.

Didn't Turnbull work at Goldman Sachs ? Even became a partner ?
This is just empty posturing. He will never do anything to ruffle the bankers.

Whatever is fact or not the article does show the interconnections in Banking Globally so the domino effect is a real threat should any major Bank get into strife - Deutche Bank/Italian Banks anyone??