How to measure 'wellbeing'? New Motu research shows it's less about absolute income levels, much more about relative consumption levels

How to measure 'wellbeing'? New Motu research shows it's less about absolute income levels, much more about relative consumption levels
15th Sep 16, 9:04am
by Guest 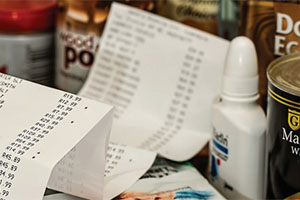 Many Governments and economists are looking for better measures to assess how different populations are faring.

Wellbeing is often proposed as a complementary measure to GDP, but there is much bickering about how to measure something as amorphous as ‘life satisfaction’.

A new study from Motu Economic and Public Policy Research Trust shows that the income measures commonly used by Government are not necessarily the best proxies for assessing poverty or subjective wellbeing.

“Higher levels of consumption and income are both associated with higher levels of wellbeing,” said Arthur Grimes, Senior Fellow at Motu Economic and Public Policy Research Trust. “However, our study shows that consumption is more accurate than income for predicting how people feel about their lives.”

The paper by Dr Grimes and his co-author Thomas Carver, uses 2012 household-level data from 8,500 individuals in New Zealand.

“Consumption adds considerable information to evaluations of wellbeing over and above merely focusing on income. If the level of consumption for vulnerable groups, such as Māori, people aged under 30, and those on the lowest incomes, is known, income tells us nothing further about their wellbeing,” said Dr Grimes.

The study also found that living in a poorer community is correlated with higher levels of life satisfaction.

“This result is consistent with the common finding that an individual’s income relative to their neighbours is positively correlated with life satisfaction. This means that both absolute and relative material wellbeing are seen to contribute to subjective wellbeing,” said Dr Grimes.

This paper provides useful context to the recent report from the Ministry of Social Development, Household Incomes in New Zealand: trends in indicators of inequality and hardship 1982 to 2015.

Other things the Motu study found include:

• Being unemployed, not having children, and being single are all negatively correlated with life satisfaction, as are being the victim of crime, having no support in a crisis, and smoking.

• There is a U-shaped relationship between age and life satisfaction

• People in urban areas on average have lower levels of life satisfaction than those in rural regions.

• People who identify as Māori or of Pacific Island heritage are on average less happy than Pākehā (European) New Zealanders. However, once other factors are controlled for, this difference is no longer significant.

This paper is the first to unify two theories of the material wellbeing literature through empirical work. The first theory is Friedman’s permanent income hypothesis which says that current consumption is determined by lifetime resources. The second is the philosophical approach (championed by 2015 Nobel Prize winner Angus Deaton amongst others) which says that people are the best judges of their own circumstances.

The study Income or Consumption: Which Better Predicts Subjective Wellbeing by Thomas Carver and Arthur Grimes was funded by Marsden Fund grant MEP1201 from the Royal Society of New Zealand.

In other news man takes more time off work to spend more time with his stuff.

This would imply that we should put all the poor people together so that their income relative to their neighbors looks better?

The level of consumption can be both positive and negative, mostly negative.

First you have to take account of the fact that shopping is a drug.

Many people shop just for the adrenalin rush. Who doesn't feel great when they have just bought a new car, iphone, new designer clothes or whatever?

Lots of people are depressed most of the time. To overcome their depression they go shopping. When the excitement (adrenalin rush) of their new purchases wears off they get depressed again, so they go shopping again.

All this shopping is on the credit card. That is why debt levels are so high, (and rubbish dumps filling up).

And what about the suicide rate?

If you are on a good income and can afford to buy the things you want, then you are happy. Most people are not in this category.

Then you have thousands of single women out there who are depressed because they do not have a man in their life..

Also their is a relationship between boredom and depression

"Then you have thousands of single women out there who are depressed because they do not have a man in their life.."

It's ceratinly sexist. Not sure about the joke bit.

It's not a sexist statement. I know a few lonely single women looking for a male partner so there must be many more (thousands) as my circle of acquaintances is rather small. Maybe it is just noticing something? I also know a few guys looking for female partners. Don't know any LGBT in this predicament.

It seems that men, especially cisgender white men, aren't allowed to notice and comment on anything.
But you know what? The times they are a changin'.
You may not like this comment but it just what I have observed. Many men are all out of sympathy for everyone. More than that they are forming movements and fighting back. Beats being bored and depressed.

There are some comments here worthy of further exploration. "that living in a poorer community is correlated with higher levels of life satisfaction" Why? Lower expectations? Happier with what crumbs they can get? What lifestyle (a kiwi favourite) do they have?

and
"consumption is more accurate than income for predicting how people feel about their lives" what about debt? The ever present sword of Damocles hanging over most peoples head, and the strangle hold that the banks has on them?

what would a Government take out of this study?- If we keep them poor they're happier?

Something to consider with debt is that a lot of people who get into financial trouble operate on a payments basis. Provided they make payments everything is fine. Where the problems start is where they purchase something and "suddenly discover" they don't have the cash flow to make the payments.

Without knowledge of basic budgeting they will tend to keep making terrible decisions when what they really need to do is cut down on their debt.

They'll complain about having no money but at the same time they aren't concerned about their debts or even the interest rate charged. It's a care free lifestyle being seriously in debt.

My teacher told me, "He who is satisfied is lost".

The gentle musky aroma of my daffodils fills the air ...

... very soon , the youngest daughter will be home from school , radiant , and with a big hug for her daddy ...

And I've got the tasty leftovers of last night's succulent mushroom & bacon pasta , resting in the Gummy tummy ...

Darned if I know , because I'm no government funded expert ... but I seem to have this " well being " lark , cracked ...

... shameful of me , really ... to reach a state of happiness on my own , without the bureaucratic pointy heads assisting me along the correct path ...