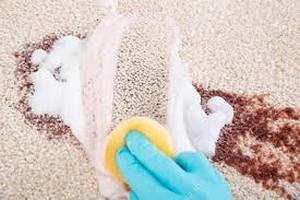 The Government is considering making companies include detail of who their supervisor is under the Anti-Money Laundering and Countering Financing of Terrorism Act (AML/CFT Act) as it strives to clean up the Financial Service Providers Register (FSPR).

This suggestion is included in a consultation paper on a Financial Services Legislation Amendment Bill announced by Commerce and Consumer Affairs Minister Jacqui Dean on Friday. The Government's also looking to make New Zealanders working as nominee directors for NZ registered offshore entities take more responsibility. However, there's no mention of whether this plan also includes stepping up oversight of Australians acting as directors of NZ companies.

As part of the Government's efforts to strengthen oversight of NZ companies, the 2014 Companies and Limited Partnerships Amendment Act requires all NZ companies to have at least one director that either lives in NZ or in Australia. Some financial service providers thus use Australian directors.

"At a practical level, enforcement action for any non-compliance with such requests would likely be easier in relation to New Zealand directors compared to overseas directors. But in either case, non-compliance can lead to deregistration of the financial service provider. We welcome feedback on the details of this proposal," the MBIE spokeswoman said.

The consultation paper says the Government decided to amend who can register on the FSPR to help address the issue of some, predominantly offshore controlled entities misusing the FSPR to create the impression they are licensed or actively regulated in NZ. (See our stories on this here. And here's Dean's predecessor Paul Goldsmith discussing the Government's planned clean up of the FSPR last year).

Thus many of the overseas operating financial service providers registered on NZ's FSPR aren't currently supervised for compliance with the AML/CFT Act by anyone.

Asked how this issue would be addressed in the proposed expanded oversight of the FSPR, the MBIE spokeswoman said the key proposal is to amend the territorial application of the Financial Service Providers (FSP) Act.

Other moves designed to tackle misuse of the FSPR include;

 If an entity is not otherwise licensed in New Zealand, then if it refers to its New Zealand registered status (other than where required by law), it must make clear the limitations of being registered, i.e. that registration does not indicate the entity is licensed or monitored by a regulatory agency in New Zealand.

 In addition, the Government has decided to provide a power for the Registrar to require information from persons other than the provider, such as a director of the provider. This is intended to deter New Zealand individuals from helping to facilitate misuse of the FSPR by agreeing to act as nominee directors of offshore-controlled entities applying to be registered.

MBIE says these measures are additional to the previously announced decision to amend the application of the Financial Service Providers Act, meaning entities will only be able to register if they are in the business of providing financial services and promote those services to people in New Zealand.

Below is what the consultation paper says about the FSPR.

The Government decided to amend the persons who could register on the FSPR to help address the issue of some (predominantly offshore-controlled) entities misusing the FSPR to create the impression that they are licensed or actively regulated in New Zealand.

Since the Government decisions in July 2016, we have continued to consider the degree of connection to New Zealand that should be required for registration on the FSPR. We have proposed a test based on where a person’s services are promoted. Essentially, the Bill provides that the FSP Act applies to a person who is in the business of providing a financial service if:

 their financial services are promoted in New Zealand. This is consistent with the territorial application of the disclosure provisions of the FMC Act; or

 they are required to be licensed or registered by another Act. The Bill also provides for regulations (refer clause 71 in Part 6 of the Bill) to:

 prescribe that a person cannot register if the financial services they provide in New Zealand are below a prescribed threshold e.g. those that only carry out minimal transactions with New Zealanders; and

These mechanisms, along with the existing exemption power in section 44 of the Act, provide a more flexible approach to the scope of the Act and also allow a quicker Government response if the territorial application of the Act was found to be inappropriate e.g. due to providers superficially adjusting their operations in the future to avoid the regulatory perimeter.

Given the risk of damage to the integrity and reputation of New Zealand’s financial markets, it is proposed that these changes come into force relatively shortly after the passing of the Bill. E.g. existing registered entities that do not meet the new scope would have a few months to deregister.

Restrictions on holding-out and other complementary measures The Bill also provides other measures to help address the misuse issue. In particular, it provides:

 that the Registrar may require a director of a provider to produce information relating to the provider (refer clause 70 of Part 6 of the Bill); and

 for regulations to prescribe information that must be included in any advertising or other documentation relating to a financial service (refer clause 71 of Part 6 of the Bill). It is anticipated that regulations would be made to provide that a person that refers to their registered status (who do not otherwise have a licence) must make clear the limitation of being registered.

We are also considering whether to include a further requirement (which may be in regulations under the FSP Act) for other information to be contained in the FSPR to help the public make decisions about whether they wish to engage with a particular provider. This may include for example, information about the provider’s supervisor under the Anti-Money Laundering and Countering Financing of Terrorism Act 2009 (AML/CFT supervisor).

The proposed territorial scope seeks to balance between a number of factors, including reducing misuse and promoting access to dispute resolution. This includes access to redress for New Zealand retail customers that deal with providers who may not have a place of business in New Zealand (some such providers are not currently required to register on the FSPR or belong to a dispute resolution scheme). We would welcome your feedback on how the proposals impact these factors and whether further measures are necessary. For example, whether the legislation should provide that dispute resolution schemes may refuse or terminate membership if a provider is not engaging with the scheme as required or if the scheme is not satisfied that the provider will engage with the scheme.

17) Do you support requiring further information (such as a provider’s AML/CFT supervisor) to be contained on the FSPR to help address misuse?

18) Do you consider that other measures are required to promote access to redress against registered providers?

And here's my opinion, where I argue the Government should abolish the FSPR altogether.

MBIE is calling for submissions by 5pm on Friday, March 31.