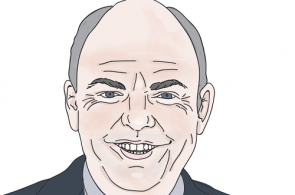 A poll commissioned by Chartered Accountants Australia and New Zealand suggests housing and healthcare are the issues the public views as the top priorities for this week's Budget.

An exclusive new poll has revealed the top issues New Zealanders believe the Government must address in Thursday’s Budget. It also gives insights into attitudes towards tax reductions.

In the Ipsos Poll, conducted on behalf of Chartered Accountants Australia and New Zealand, nearly a quarter of respondents (22.7 percent) regard housing as their number one priority for the Budget.

Another 19.9 percent view healthcare as their top priority. Poverty is ranked number one by 9.2 percent. [The full list is below.]

Commenting on the poll, Peter Vial, New Zealand Country Head of Chartered Accountants ANZ said “while housing may eventually die down as an issue, healthcare is here to stay.

“In fact it is only going to get bigger.

“Healthcare is always up there as a political and Budget issue, but a scary combination of an ageing population, escalating healthcare costs and expectations as well as rising obesity and diabetes rates will ensure healthcare will not go away.

“It will be the number one issue sooner rather than later.”

The poll also asked respondents to name their three top priorities for the Budget.

Housing and healthcare remain the big two issues, but in this question education (included by 30 percent of respondents as a top three item), poverty (26 percent) and employment (24.8 percent) also feature strongly. Bubbling under issues include immigration (19.8 percent) and crime (18.7 percent).

The poll also shows strong support for tax reductions, either by tax cuts or raised tax thresholds, but respondents also indicated they believe there are more important calls on any Government largesse.

Nearly half (48.6 percent) rate tax reductions as “very important”. Another 39.5 percent feel they are “moderately important” with only 11.9 percent describing them as “not important”.

A majority (53.8 percent) believe the Government should reduce taxes through a combination of cuts to tax rates and raising tax thresholds. Twenty six percent favour reducing tax rates while 20 percent prefer that thresholds be adjusted.

When asked “Who should most benefit from tax reductions?” 71.7 percent of respondents say low income earners, 56.8 percent middle income earners, 6.6 percent top income earners and 8.2 percent businesses. [Note: percentages are greater than 100 percent because of multiple selections given by each respondent.]

However, an overwhelming majority of respondents (63.6 percent) say there are more important things for the Government to do with the Budget surplus than reduce taxes. Only 11 percent disagree.

The poll shows very low support for tax reform, in a broad sense, with only 3.7 percent of respondents rating tax reform as their top Budget priority.

“Our poll shows that the Government will have to tread a fine line between delivering on demands for both tax reductions and also channelling greater spending into healthcare, education and poverty reduction measures,” Vial said.

“It will be a delicate balancing act.”

More than 750 people from across New Zealand took part in the survey.