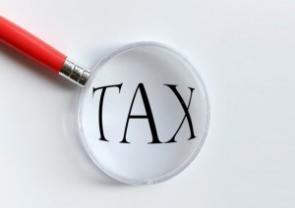 Here's their press release with details.

“The Tax Working Group has been established to look at the structure, fairness and balance of New Zealand’s tax system. The wide range of expertise and experience among the membership means the Working Group is well placed to consider changes to make our tax system fairer,” Grant Robertson says.

Along with chair Sir Michael Cullen, the Working Group members being appointed are:

·Bill Rosenberg, Economist and Director of Policy at the CTU

“We’ve got a good mix of people on the Working Group - from tax experts and academics, to people with private sector, union and Maori community expertise. The Working Group is tasked with looking at how we can make our tax system fairer for all and the diversity in this team makes it well placed to do that,” Stuart Nash says.

The Tax Working Group will also look at how the tax system can promote the long-term sustainability and productivity of the economy.

“New Zealand faces significant opportunities and challenges in the future of our economy. It is prudent to start thinking now about how we respond,” Grant Robertson and Stuart Nash say.

Updates on the Group's work will be available through its website -taxworkinggroup.govt.nz. Its first meeting is set to be held towards the end of January 2018.

I'm pleased to see the gender balance, unbalanced, but reasonable.

I would have swapped Business NZ rep for another economist.

Did they ask Gareth Morgan, he's been on a couple of dozen of these tax things before. Maybe they could just review the last few and save everyone the time and money?

Did they ask Mary Phillips, life member of NZAE

I was under the misapprehension that Bernard Hickey was a shoo-in for one of the advisors?
He was an expert on predicting housing price movements!

Ok, he didnt make it, do you have a female gender person as an alternative?

i have no doubt the will suggest CG on property which is a bad idea,
better to go with a simple land tax, harder to avoid

Presumably they have been carefully chosen with that in mind, either they think CGT is a wonderful idea or they are malleable and will do what the Michael says.

As you say, a lot of people think CGT is a good idea because they think it will be fairer. In practise it seems to make governments favour policies that generate property bubbles. Michael Cullen is the master at that. So people get taxed on capital "gains" which are really price increases due to inflationary policy/stupidity. This is just like under Cullen everyone got pushed into higher tax brackets because the thresholds were not indexed linked and policemen got taxed at the highest rate if they did overtime. A land tax as you suggest, encourages allocation of land to productive uses, theoretically at least. Can't have that, now can we? CGT acts as a pro-cyclical policy that makes money flow to those who can borrow more, and makes politicians and civil servants look like they know what they are doing because house prices are rising.

In practise CGT will help to propel us faster down the road of encouraging low productivity funded by inward "investment" by foreign nationals. Who needs productive industry when you can get rich with property? That's life, I guess.

And there's that old friend of the downtrodden, Bill Rosenberg, on the TWG. IMHO, he's never seen a redistribution policy he did not like.

Plus Craig Elliffe, who is unabashedly Labour to the core (no-one else gets to write for This Rag)

I'm Shocked, Shocked that the TWG appears to be - shall we say - Stacked.

Unfortunately, it does look a bit like Michael and the Apparatchicks. I do seem to be a bit biassed here, not sure why. From my point of view Michael caused house prices to go up nationwide by 100%, but at the time we all thought we were Very Clever Indeed and deserved it cos NZ is a first rate place full of decent people and so on. Boom was followed by Bust and we all got Humility. In fairness, in many ways Michael did a first rate job, and his catastrophic error was largely due to following the advice of those who must be obeyed, The Imperial Banking System of Australia, ably supported by Those That Know Best in the civil service and academia of course.

Maybe my suspicions are on High Alert because of that "rich pricks" comment. I mean, there are a few people who deserve the epithet, but, there is this nagging sense that deep down he thinks all rich people are parasites. One of the eye opening experiences of my youth was that many of the most productive and useful people I met were usually wealthier than the grumblers who always felt hard done by and searched for someone other than themselves to blame.

Maybe Michael is the ideal candidate for the job of Chairman of the Committee of Useful Idiots, to use Stalin's moniker. He will advocate for "pro-cyclical" policies (to use the civil service eupehemism) that further the power and wealth of our Imperial Banker mates in the West Island.

As I say, that's life. Property rules, manufacturing is for fools.

That housing price rise from around 2003-03 was a Universal Pricing Signal caused, IMHO, by the Welcome Home Loan scheme.

Interestingly enough, the Coalition have repeated such a universal pricing signal. I hear that some student renters' - er - Rents, are to rise by $50/week. Oddly enough, that's exactly the income increment handed out to all and sundry partakers in what passes in this fair land for Tert Ed.

The Good Intentions Paving Company does it again.....

Why on earth should people be taxed on their land?
Absolutely a ridiculous envy tax just because you don’t own land.
Let’s cut the crap and drop paying benefits to people who don’t contribute anything positive to society, that way we won’t need to increase taxes!

When I put on my property owning hat I absolutely agree with you. A Land Tax is a fundamental threat to the privilege that is granted to us by the rest of society.

However, just because it cuts to the heart of the problem doesn't mean we should ignore the societal problems that an economy that is excessively property oriented creates. A lot of perfectly decent French Aristocrats got their heads chopped off by doing just that.

Property ownership is a wonderful thing, and it underpins much of what makes our society civilised. My concern is that if we forget that our society is primarily based on it's source of income we place ourselves in great danger. New Zealand has survived by running down its wealth by selling less goods and services overseas than it spends overseas since 1973. The shortfall has been supplied by foreign capital flowing in, largely through the Aussie Banks just doing what they do, which is lend money against housing. The politicians and civil servants have helped them skew NZ to favouring housing over more productive investment.

Property is a long game, it is important to remember that you need tenants with rising incomes.

Why on earth should people be taxed on their income?

Touche mon pussycat! Or in pommy speak good one.

Is it 'your' land, though?
When you're in your box, or on the fire, I'd guess 'your' property won't be with you, so it will be "someone else's'' land.
Land - via the rules and regulations any country's laws pace on it - is all communal land; with extended usage rights ( your 'I own it!' view) given to the occupant until the current user passes that right on to someone else ( sells the right to use it under a set of rules, in other words). Therefore Land Tax isn't taxing you, as such, but taxing communal land for the benefit of all nationals of the country. The objective should be to 'use it for the best purposes of the community', and if it not productive ( just consumptive) that may require the Laws ( Land Tax etc) to be tweaked.....

A good answer to questions I suspect were only rhetorical.

Starting with the accommodation supplement?

Or super-annuitants? Or accountants and laywers?.. :)

"Let’s cut the crap and drop paying benefits to people who don’t contribute anything positive to society, that way we won’t need to increase taxes!" Right for a change The man2. Lets cut rental assistance etc because it goes to property speculators.

Okay , who really cares about the gender makeup , race , ethnicity or lineage , as long as they are skilled and competent .

The team seems a fair balance of interested parties to me , business , academics , legals , accountants and tax specialists .

Not sure it is well balanced. I would like to see a number of progressive business operators who are capable of stearing or providing guidance on how to accomplish a re-arrangement (ie re-distribution) of taxes without depressing business confidence and thus employment. While businesses are already taxed and probably won't necessarily be taxed higher, it is the circulation of money and the velocity of money through the hands of the populace that has to be protected and encouraged. But how to do that and to what end?. I don't think a lop-sided team of academics and unionistas has the answer to that.

The biggest albatross blanketing the economy is Accommodation Supplement. It is paid out to renters who transfer it immediately to landlords who immediately transfer it to the banks. It is dead money. It doesn't serve society. It never touches the productive economy. It doesn't stimulate the productive economy. It doesnt influence or guide the consumer behaviour of the populace. There has to be a better way of delivering welfare of that magnitude. WFF doesn't have the same dead-wood characteristics.

The current schemes are not working properly. If it's not working then terminate it and do something different. Don't simply apply another band-aid

The Tax-Working-Group needs to examine ways of re-arranging and re-engineering what it already has and get that working efficiently first. Then once that is working, determine what additional ammunition is required

And even if they do transfer it to the banks, why does that make it dead money? The bank might then lend it to a new business, or to an existing business to invest in new equipment.

Thing is, I do not think you can use assumptions about what people will do with their money to conclude that the Government, any Government, is a better judge as to how that money should best be used.