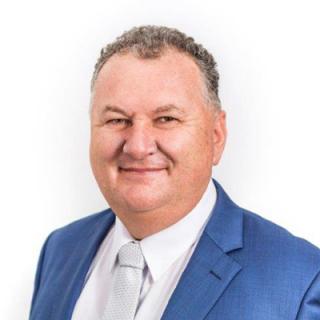 The Government will inject tens of millions of dollars into regional rail, roading, tourism and forestry initiatives as part of its promised multibillion-dollar investment into New Zealand’s regions.

The $1 billion per annum fund was agreed to as part of the Government’s Coalition deal in October last year.

Jones says more than $60 million will be invested into the first tranche of the package and will be distributed to Northland, Tairāwhiti-East Coast, Hawke’s Bay and Manawatū-Whanganui and the West Coast of the South Island.

In a Cabinet paper, the NZ First MP says the bulk of the funding will be distributed later this year and early next year with most of the delivery taking place from late 2018 through to 2020.

Social assets, such as hospitals and schools, will be excluded from the fund as their primary purpose is not lifting regional productivity potential, the Cabinet paper says.

In December, Cabinet agreed that any “significant sector and infrastructure investments” of more than $10 million will require Cabinet sign off. It considered increasing the limit to $20 million under “exceptional circumstances” but what those circumstances were was never defined.

Jones wants that limit to be lifted to $20 million for all bids, meaning projects costing between $1 million and $19.9 million would only need sign off from the relevant delegated Minister – for example, the Minister of Transport would need to sign off a roading project.

“In considering this further in the context of the nature and number of bids that are currently in the pipeline, and based on advice from external fund managers, I propose we consider this again and increase the upper limit to $20 million for all bids,” he says.

“Not solely in exceptional circumstances, to reduce the load this will place on Cabinet. These bids will receive a high level of scrutiny from delegated Ministers.”

Jones also officially kicked off the Government’s ambitious one billion tree planting programme, saying he expects 55 million trees to be planted this year.

Planting will be lower in the initial years due to natural seedling and land constraints but will then ramp up quickly, Jones says.

The new trees will be a combination of public and private planning over the next decade.

Jones has also revealed the Government has enlisted state-owned farmer Landcorp to plant two million trees over the next two years and to review its portfolio to identify any other potential land for planting.

“We expect to be able to make more announcements about where trees will be planted this year in the coming months,” Jones says.

As previously flagged by the Minister, a panel will oversee the distribution of the $3 billion fund and more details were released on Friday morning.

“An Independent Advisory Panel has been appointed to assist the decision-making of ministers and officials, supported by a new Regional Economic Development Unit within the Ministry of Business, Innovation and Employment to work directly with regions, ensuring this isn’t a Wellington-driven fund,” Jones says.

“Historically, New Zealand’s economic strength, resilience and innovation has come from our provinces and I look forward to advising on the reinvigorating effects that investment will bring to these communities,” Finlay says.

The funding announcement has drawn a mixed response.

The Council of Trade Unions called it the “biggest opportunity we’ve had to create sustainable, flourishing communities in our regions in an entire generation.”

Federated Farmers is also upbeat, with Vice President Andrew Hoggard saying it is a useful first step to boost vitality outside the main centres and BusinessNZ say it’s a positive for the economy.

But not everyone is a fan.

The Taxpayers' Union calls the $3 billion fund a lolly scramble, criticizing the lack of a real cost-benefit analysis of the spending.

Outgoing National leader Bill English says regional New Zealand will be feeling let down by all the “hoopla.”

“The Government’s Provincial Growth Fund so far is nothing more than a rebranding of National’s Regional Growth Programme and falls well short of the high expectations it's created,” English says.

So the Gisborne to Wairoa line stays closed or did i miss that.

One step at a time grasshopper.
Its going to take a while to repair the damage left by National.

Yes even they worked out there is zero demand for the service. The Wairoa-Napier route has the same demand but they are wasting taxpayers money opening that to save face on the election promise.

the cycle trails are one thing JK got right for regional NZ, having riden a few of them they bring employment for locals in supplying shuttles, food and accommodation

Beefing up wanganui to palmy rail line for the increase in timber exports coming through to welly or napier can only be good - main trunk line through palmy coming back, next funding toward expanding palmy inland port to deal with all the rail coming from the smaller regions and distributing it along the main trunk line and to napier port

Do you have any economic basis to your comment? Or do you just like choo choo trains?

"In recent years the amount of freight moved by rail has increased substantially, and started to gain market share in non-bulk areas as well. Freight on the North Island Main Trunk line between Auckland and Palmerston North saw an increase of 39% in freight volumes between 2006 and 2007. The five daily trains on the 667 km line reduced truck volumes on the route by around 120 per day.[22] In 2008, the government proposed to spend $150m to enlarge tunnels for the bigger ISO containers now operating.[23]

So bit of both really

Next time you see a long freight train chugging along, count the containers. Imagine that many trucks on that stretch of road on that day. There are several such trains make their way from Tauranga to Hamilton, daily.

He don't muck around. The boy done good.

All I can say about that Grade A hypocrite is that I am so relieved that he revoked his NZ citizenship when he did.

Now, I am not an NZF voter and find Shane Jones a bit blowhardy, however, booking up a few porn DVDs or maybe pay-per-view movies and not thinking that they will end up on an account that is not your own one, is probably just easy enough to do after a few bevvies. It was hardly fraud, for crying out loud. If you are going to commit fraud, even an idiot knows to make it worthwhile. That is a serious case of blowing things out of all proportion. If it was the Stars Wars trilogy, no-one would have batted an eyelid.

There are/were moral, criminal and IQ elements to the saga.
What sort of man would waste precious hours watching this utter crap, while pissed, and stupidly getting pinged for a pathetic little fraud??
Brave new world?

Blown out of all proportion

The silly thing about the $9 mil intersection is it will mostly serve kerikeri traffic travelling in circles.
Not much flows north past that point.
And it bogs down at christmas of course.
Activity seems to have started on the Taipa Brige...maybe.

And the ancient Jaguars that transport rather ancient british looking people around the intersection.
We did a sort of Dukes of Hazard act to get out of it at Christmas.

I love it. I like trains. Not so sure about the tree planting. Sounds nice, but where do you plant them? Why not just let wilding pines grow freely where they will? That way they choose the habitat that suits them best. Just need to figure out how to make the $$$s work.

Where are the bridges for Northland? I know, what about mines for the West Coasters? Oh, no, er, sorry, idiotologically verboten. I apologise, I didn't realise what I was saying. Please don't send the thought police, er....

Before they spend on Tourism in Northland,why don't they try and reduce the crime rate or else tourists just won't go near the place.

How do you reduce the crime rate in Northland other than locking up half the population (@ $60k/head)/year)? Or saturate that large sparsely populated area with police (@$100k/head/year)?

The largest driver of crime is poverty in youth as so many studies have shown.

Poverty and drug addiction. "P" (as predicted a couple of decades ago) has become the scourge of our society and it is ably accompanied by synthetic drugs. Deal with that and we are half way there, but it can't be done via heavy handed measures, short of the moves of Duterte, even if they are working, addicts are addicted, the pointy end of a gun won't change that.
The only way to deal with those who are destroying people with this stuff is to kick that stool out from under them, legalize, regulate, treat and prevent.

HCC have announced that a passenger train could be running to Auckland by the end of 2018.
A couple of snags as i see it
1..Journey to take 2 hrs and 20 minutes
2..Have to change trains at Papakura.
How about spending some of that train money on the main trunk line.

The main trunk line is barely used - total of 7 trains per day in both directions - subsidising it takes away containers from coastal shipping as much as trucks.. Best close it down or prepare it for self driving trucks. Rail has been an ongoing economic disaster for about 50 years.

Opening the Wairoa-Napier line for logs is utter lunacy. Its only 100km and they have to take them off a truck and on to the train then unload them from the rail and truck them out to the log wharf (wharf wont take a train weight) For the last three years it was open they took 325, 0 and 12 tonnes of logs(about 12 logs in a year!) The unloading and loading will use any CO2 saving they may make - and requires extra labour/cost. Predicted annual CO2 savings were tiny anyway - one round trip of a 747 to the UK emits about the same.
They need to stop this or risk losing all credibility.