The Finance Minister won’t budge on changing the Government’s debt target, despite criticism its budget responsibility rules are a ‘fiscal straightjacket’

The Finance Minister won’t budge on changing the Government’s debt target, despite criticism its budget responsibility rules are a ‘fiscal straightjacket’ 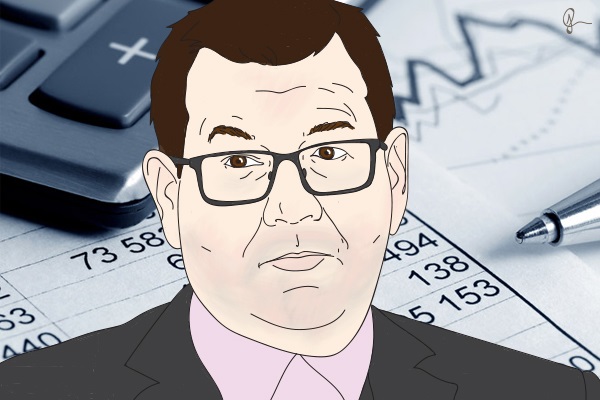 Finance Minister Grant Robertson says high profile global trade wars and political instability in the Middle East are exactly the reasons the Government has committed to its budget responsibility rules.

Speaking to members of the Otago Chamber of Commerce in Dunedin on Thursday, Robertson outlined the importance of New Zealand being “nimble enough” to cope with external forces that cannot be controlled.

He says as a trading nation, New Zealand should be taking the “so-called trade war” between the US and China very seriously.

He also cited the political instability in the Middle East, as well as on the Korean peninsula, as issues to be keeping an eye on.

“One of the main messages that I want to share with you today is that the economic strategy that our Government is pursuing is one that will allow us to be resilient in the face of external shocks.”

Robertson has long argued the reason his Government has promised to reduce public debt to 20% of GDP by 2021/22 is so it could better handle an economic shock.

The logic is that the lower the debt levels are, the higher the credit rating New Zealand receives, and the cheaper it is to borrow money if an economic shock does occur.

But Robertson has come under fire for making the commitment, with independent economists Shamubeel Eaqub and Cameron Bagrie calling it a “fiscal straightjacket.”

Earlier this month, the Government dampened Budget expectations as it said it had to work to rebuild a large amount of infrastructure that had been neglected by the previous government.

Robertson ruled out breaking the budget responsibility rules to help finance this.

In his speech to the Chamber, he says he makes “absolutely no apologies” for sticking to the rules.

He says the 20% debt target – which is deliberately slower than National’s in order to have a bit more fiscal wiggle room – is lower than most other countries in the world.

The Government’s current debt level is 21.6%.

“As a small country, prone, as I say, to those external economic shocks, and also, as we’ve seen, to natural disasters, we need that buffer in the economy.”

I totally agree with a prudent approach. Look at the mess the majority of the Western world is in due to debt.

Nations are constrained by public debt only as far as their capacity to produce. Case in point: Japan. The Western world is in a mess because of private debt, particularly h'hold debt driven through bubble economics. Restraining public debt in NZ simply means less ability for h'holds to reduce their debt burden.

Total debt provides a better picture as private debt becomes public debt after a calamity, its called socialising the losses.

Must give him credit for sticking with it - for the moment at least.

This line of articles over past weeks pushing the line that fiscal/budget responsibility doesn't matter feels like there is some group with an agenda to ditch it pumping stuff through the media to soften the public up for a nasty surprise come Budget day. Or am I being too cynical?

When Labour and the Greens announced the budget rules about a year ago I made the observation that they had accepted the approach of the then current National government - keep taxes down and grow social spending as the money came in but not go into debt. The next budget will disappoint as either the Robertson's budget will grow debt and/or raise taxes or no extra spending. They can't spend more money without increase in tax or debt.

The increase in tax doesn't necessarily have to occur from the current pool of PAYE tax payers. There's billions lost in tax evasion every year, there's multi-national corporations not paying their share, there's "charities" like Sanitarium who pay no tax, religions and their investment arms - http://www.nzherald.co.nz/business/news/article.cfm?c_id=3&objectid=1160... report from 2016 on tax avoidance by multi-nationals - Google I can speak to in relatively educated terms, they have a 90%+ share of the search market, which through ad agencies alone accounts for around $600m p/a, that's not including the amount that's put through via direct placements from SMEs etc.. Bearing in mind 97% of businesses fall into this area and primarily aren't represented by an agency, that direct amount is not going to be chump change.

Indeed and of course property speculation from farmers to landlords.

I doubt its billions in evasion as there is actually a difference between legit tax avoidance which Facebook and Google do and tax evasion, but the sums are huge. So you are right there is scope to nail these in theory, in practice its a) very hard b) National didnt want to do it anyway.

Can Labour? well when faced with the choice of the devil or the deep blue sea I'm sure it will be the PAYE's who again get screwed over.

Hard doesn't matter, it would be a sure fire vote winner

"Tax avoidance is clearly the greater evil " clearly rubbish. It is perfectly legitimate and arguably even moral to only pay the tax you are legally obliged to. Why? because this is the tax system we as NZers and voters have through the voting booth said so.

This is different to tax evasion where you knowingly and on purpose attempt to not pay tax, ie break the law which was my point of clarification.

Its hard due to international laws and agreements. So legally Facebook and Google seem to be complying with NZ and international law. Globalisation has clearly got ahead of taxes (and probably a few things else) what we need to do is update these.

Its always a vote winner when someone else is paying BTW...and facebook and google cant even vote in NZ...

I agree that evasion is more egregious than avoidance, however, avoidance primarily is only available to those who can employ accountants, knock on effects - the less they pay the more the average Joe/Joanne has to pay via PAYE, so Joe & Joanne are in effect subsidising the wealthy who have the means to circumvent taxes.

Hence really why I dislike the term "avoidance" it has a negative spin when in fact its legal. ie you or I can sit down and from reading the tax info try and pay the minimum we should.

Not all wealthy get income and pay no tax, however yes I agree its a) substantial and b) not fair and has to change. However look at the success of trying to do so. TOP only got 2.5% of the vote yet were saying PAYE would drop 1/3rd and 80% of tax payers would be better off and it got no where. I mean the fundie christians could get over 4% and their economics acumen was/is negligible. "Joe & Joanne" voter has said dont touch my property as many of them are also "making money" tax free (or so they think).

Personally I think the future is going to be very rough and hence the Govn of the day will when it occurs at some stage be forced to change in order to get income.

Indeed, the voter made it perfectly clear increases in taxes was not acceptable.

Labour also made the commitment to reduce the National debt. This means taking money out of our economy which is deflationary in nature and if businesses are also not spending and neither are consumers this becomes really bad news. Ergo growing an economy so the tax take increases is made harder if not impossible ie someone has to spend to grow, if no one is, we cannot grow.

Meanwhile after 9 years of National at the helm we see public services are in a sorry state. What they have done you can indeed do short term, expend your assets ie run them down as you do not look after them in a competent manner. Trouble is when you come to repair the costs are far bigger.

eg lets not put any engine oil in the car.....you can do that for years, until the car starts to consume/leak the oil then in a while you need a new engine.

Then there is immigration which puts even more pressure on the system....

Robinson & Labour are indeed caught in a bad place.

Then of course there is the problem of you cant grow [an economy] exponentially on a finite planet.

Meanwhile the "unthinking liberals" scream to "let more ppl in", but dont want to pay for it....

Many governments have tried to get corporates to pay more in tax but have usually been unsuccessful. It is wishful thinking that somehow this government, but not the last, can get an extra $10 billion in revenue from closing any loopholes.

My basic point is the same. This government if it wants to spend more they will either have to raise tax (new tax or increases in existing tax), raise debt, or a combination. This will mean the budget in May will disappoint some group as either there won't be the money for new spending or taxes/debt goes up. If Robertson is to be believe then there won't be extra spending.

I dont disagree, I have long been of this view and that there is no easy solution.

Dont be fooled by these politicians and their "doggedness " and so called "principled stance " they are simply softening the target ( you and me ) by pulling the wool over our eyes and justifying more taxes , well in advance

Haven’t we been there before with Think Big?

Muldoon was right. Those projects have all been generating profit and revenue (not to mention reducing our imports) for the last 35 years.

He lacks vision. Why must the government borrow from overseas? The government has borrowed from the Reserve Bank before and should do so again. NZ has massive infrastructure deficits and simply saying "there isnt any money" simply isnt true, and quite frankly isnt good enough. Most of our problems lie in tired neoliberal thinking. Time to shake things up!