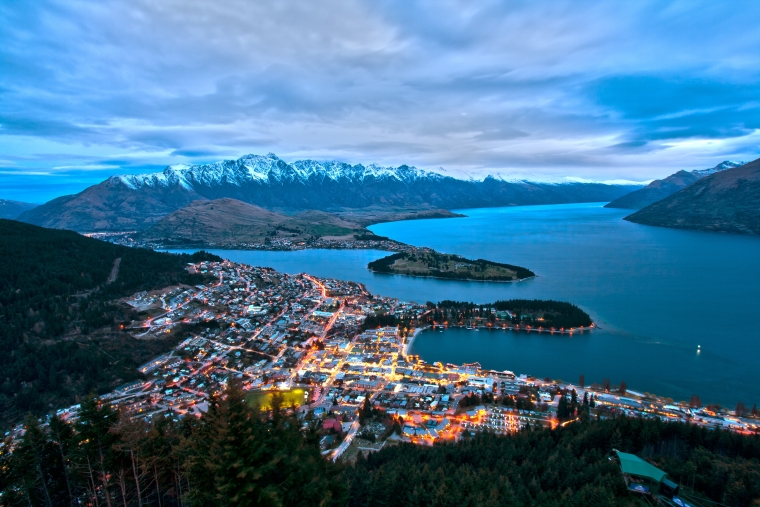 “Local government is facing a number of funding challenges which if not met will have consequences for our local communities and our country as a whole,” Local Government Minister Nanaia Mahuta says.

“Local government is facing increasing costs for things like three waters, roading, housing, and tourism infrastructure as well as adapting to climate change. And some of the councils facing the biggest cost increases also have shrinking rating bases.

“Rates are rising faster than incomes so simply raising rates is not the solution.

“The Government is asking the Productivity Commission to look at how local government can fund its activities most effectively and fairly.

“The Productivity Commission is independent and has expertise in regulation, local government, and infrastructure.

“The inquiry is expected to start in August and present a final report mid-2019 after consulting with local government and infrastructure sectors.

“The terms of reference are still being finalised and will be released when agreed with the Productivity Commission.

“Information about the inquiry, its terms of reference, and its report will be hosted on the Productivity Commission website in due course.”

“Ratepayers across the country are under funding stress to provide the essential services for their communities, such as three waters infrastructure, roading and housing, let alone mixed use tourism infrastructure. New mechanisms of funding are desperately needed,” says Cull.

“As identified by Minister Mahuta, rates in many places are already rising faster than incomes and some of the smallest ratepaying bases have the biggest costs to bear around water and tourism infrastructure. Affordability issues mean that just increasing rates is not going to work.”

"The current funding model for councils which relies solely on property tax, i.e rates, is not sustainable. Local Government New Zealand will be advocating for a greater range of funding mechanisms for its members in order to alleviate the burden on ratepayers," Cull says.

Queenstown council is selling a large piece of land up Queenstown hill now because it can't pay for its infrastructure requirements to cater to the tourist numbers. There was always an understanding that the houses would not go beyond a certain level on Queenstown hill because of the importance of the view to NZ's tourist industry. ( you can see this level roughly in the photo above ). There must be so many other bad decisions councils with a low rate paying base compared to tourist numbers are being forced to make.
Just let these councils set their own bed tax or other suitable tourist tax because things are starting to break and with bad outcomes for all.

Even Japan is struggling with tourism and having to implement tourist taxes. It makes complete sense as long as the tax is spent into the private sector, not to feather nests.

Local govt does not have the ability to spend money into existence, unlike central govts, so it makes sense that central govt be responsible for necessary infrastructure. Similar to Australia with its state govt sector, local govt in NZ is little more than a rort and almost like a parasite on the economy and society. Their responsibilities should be limited to essential services based on projected revenue, Unfortunately, ACC is likely to be one of the larger concentrations of economic activity in Auckland. Creating efficiencies will have a detrimental impact on the economy without higher rates.

But the problem comes when areas with very small voter numbers need money spent there. Central government will always under fund these areas even when they are of the most vital importance to our biggest earner ( Queenstown tourism example ). Tourists can't vote, so government's wont spend money there regardless of their effects on the overall population.
Queenstown's tourist population now averages over 60% and accelerating. I'm sure this is way higher for areas like Tekapo.

not just tourists who don't have a vote (nor should they other than with their wallet) but nearly all the people employed in Lake Tekapo are on work visas - and live in places like Fairlie - they pay all the costs but have zero vote and this seems to be something that the council is happy to keep happening - force NZ citizens and residents out - reduce the working class vote to zero. Permanent rule by the rich. Very scary future.

Just had a few weeks in WA, and everywhere there were signs proclaiming 'Royalties for Regions' funding applied to local infrastructure.

Let's give that a go here. Oh, wait, WA's Royalties come from Oil/Gas plus Mining. Both are well outside the Overton Window in Godzone, now.

Yes, I totally agree with royalties from commodities in WA. Australia has sold its own people and most are too ignorant as to why.

Surely this should start with every Council in NZ being looked into as to how they are spending Ratepayer money over and above their core services. Name of Report - Need to have NOT Like to have - Priority One.

Sorry to disillusion ya, but the Bill to reinstate the four well-beings is on the table: Local Government (Community Well-being) Amendment Bill 48—1.

The current Purpose of LG is set out in Sec 10 as:

The Gubmint bill will have this reading as:

As any human activity under the sun can slot neatly into 'social' and 'cultural' wellbeing, this is a reversion to the free-spending ways of TLA's between 2002 (when Sandra Lee got that disastrous piece of law enacted) and 2012 (when the Gnats belatedly removed it).

But by then the horse had bolted: 'Festivals', 'Celebrations', 'V8 races' (Hamilton, always the hoon town), and the like had sprung up, ever more inventive and elaborate, managed by Event Managers and other folk who needed Big Budgets to get Big Results, egged on by Councillors who love public events where they get to wear their regalia and look Important plus cement Name Recognition for that always-looming Next Election, and all funded from the capacious pockets of the unsuspecting ratepayer.

'Social';, y'see, although I'm not sure that Hamilton's V8's had more than tribal appeal.

Still, being as how tribalism is all the rage after a brief interlude of sanity, all we can do is submit to the Select Committee and the Productivity Commish, and then (inevitably) Submit to Them Wot Know Best how to spend our munny, and fork out for whatever they dream up for Social and Cultural Spend.

Literally dumbfound at those changes. That is insane... now I am seriously considering illegal immigration to Aus... worse case scenario they dump me back here all expenses paid and I get to miss the local government train wrecks & broken pirate honeymoon period in between.

But can you site any change in spending directly attributable to the changed purpose as per the National amendment? Or any case law where a ratepayer challenged its council on providing something not covered in the purpose, such as a festival?

The National 2012 amendments just moved the sustainable development approach and the four well beings to section 14(1)(h). Granted, not the headline under the acts purpose, but still one of the principles of local government in NZ.

The Nats retained them because a number of LAs pointed out in Select Committee hearings what they would not fund in future should the legislation remove the provision of social and cultural aspects of their work. The Nats decided that central government didn't want to pay for these economic development initiatives and services/events itself (i.e., local museums, art galleries, public swimming pools, libraries etc.) and neither did it want them closed and the festivals cancelled.

So to me, the 2012 amendments were simply National looking like it was doing something to reign in LG expenditure - in other words, appease the masses calling for the dumping of the four well beings and a return to the funding of core services only.

You mean the Penny Bright report?

I sense that from the tone of the article above that the Productivity Commission is going to encourage "user pays".
Unfortunately user pays in Ak is targeted rates. Which are not targeted. Its just a sneaky way of getting ratepayers to pay even more.

More than likely they'll be considering a revenue-share type mechanism with central government - a percentage of the GST receipts in the region being one of the more likely.prospects.

1) The central government should manage down the 12 month rolling immigration rate to something sustainable so as to reduce the diseconomies of scale that are occurring in places like Auckland where the growth rate is simply too high.

1) Many councils in NZ are economically too small. We are a country of only 4.8m people. Most should be amalgamated into unitary authorities (regional & district functions combined)

2) The unitary authorities should be required to undertake publically available & peer reviewed proportionate business case assessments on all spending to show that it has net socioeconomic benefits to NZ.

3) Unitary authorities should be required to fund the essentials (water, waste, roading etc) ahead of all other spending. Only if there is any additional rate funding left should it go to other needs/wants

4) Whether a bed tax is needed, needs a comparative analysis vs increased rating on accommodation providers.