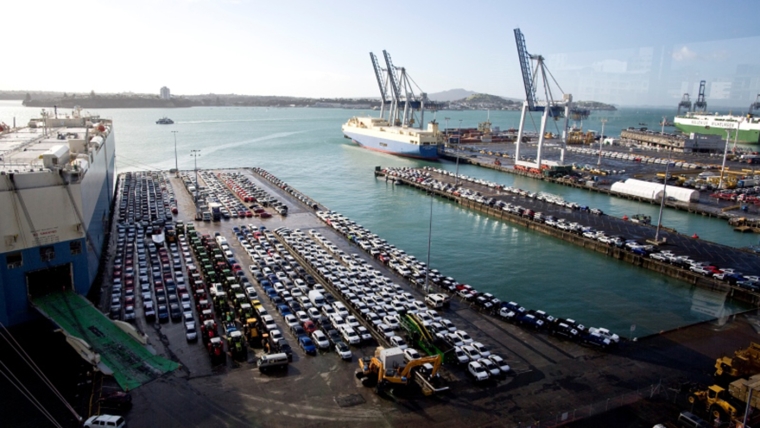 The expectation that car sales had reached their peak has proved premature.

Overall new vehicle sales in May have turned the trend higher again.

There were 4,893 new commercial vehicle sales in May, the best May on record as well.

This sets up June for being the all-time record high. Over the past five years, June sales have exceeded May sales by about +23% and the gain has been very consistent. That points to June car sales of a remarkable 11,400 and if achieved would be an all-time record and the first time an all-time record is acheived in a June month. Normally it is October that holds the crown.

Also remarkable is the level of SUV sales. They reached 65% of all car sales in May, and far higher than the 58% level reached in all of 2017. Sales of small sedans only now amount to 12.5% of all car sales. Medium sized sedans account for just 4%. It is little wonder Ford in the US announced it would no longer make or sell sedans in that market in future. SUVs have swept all before them.

Another driver of sales is the rental market with 37.5% of all passenger cars/SUVs selling in this segment

Commercial vehicle sales are also very strong, with June sales on track to achieve its own monthly record bechmark of 6,000 if past patterns persist again this year. Tradie vehicles dominate with the Ford Ranger the clear winner.

Those car ships at our ports will be getting even more frequent. The stink bug diversion is now behind us and the import traffic seems to be trending higher yet again. Buyers are making their choices but public policy makers are now conflicted, wishing travellers would use their expensive public transport systems. There is no evidence yet that the citizens are on the same page as the bureaucrats.

Data for used imports will be released in a day or two.

There are now more than 4.1 mln licensed vehicles on New Zealand roads.

"There is no evidence yet that the citizens are on the same page as the bureaucrats."

Does public polling and consultation feedback not count?

Poll: Public transport beats better roads
"In Auckland there was much stronger backing for public transport spending, which got the nod by a four to one margin over roads among those who had a preference."
http://www.stuff.co.nz/national/politics/10289369/Poll-Public-transport…

I think many people would vote for public transport so that other people could use it to free up the roads for themselves.
And....lots of people who catch the train (and presumably get counted?) don't pay for it.

Yes. But what interests me is the difference between what people say, and what they actually do.

It's a bit like supermarket packaging: in polls they say they think it is excessive, but in store they won't spend their own money on poorly presented or inadequately packaged goods.

Yes, there is an interesting contradiction there. Another one is our professed protection of the natural environment and horror of all things mining. It would be interesting to look at how many hectares have been desecrated by mining over the last 20 years against how many have been converted to urban use. I suspect we are kidding ourselves.

The fresh fruit sells well in most of the supermarkets near me - no packaging at all. In the UK it was pretty bad, hard to buy stuff like a courgette without it being shrink wrapped on a polystyrene tray. Often here if the fruit or veggies are packaged it's a sign that they are past their best.

What expensive public transport systems?
How can people use something that does not yet exist ?
Public transport is very well patronised overseas because it is cheap and convenient ,why on earth would Auckland be any different.

Aucklands rapid transport network (i.e. the subset that is convenient) has seen double digit growth for most of the last decade, so Aucklanders have already revealed their preferences.

Which is great. But I suspect that just proves there is no unified group called "Aucklanders". It is a community of great diversity. The issue is whether one part of that diversity should force another part to do something they wouldn't otherwise choose to do. Incentives can help. But coercion is unlikely to win a sustainable outcome.

I see PT as a vital part of a modern cities infrastructure , same as roads and sewerage.
The case against PT does not make sense - Melbourne also contains many diverse cultures that do not identify under one label - their PT works fine.

So are you saying that because Auckland is not a homogeneous blob of 100% car commuter's, road improvements are a waste of money?

Also you think it will be easier to cross the harbour bridge if we didn't invest in PT and the bus passengers, 50% of bridge users in the morning peak, were crossing in cars instead.

How about Onewa Rd, very big issue in the byelection, would it be a quicker commute if we got rid of the T3 lane that carries 80% of users? Perhaps you support the Act candidates plan to build a new 6 lane motorway through the north shore and over the harbour and through PT Chev? (not sure how the Northwestern is supposed to carry another 6 lanes worth of traffic)

In future car crashes will be SUV vs ute followed by both rolling away into the paddocks.

Reminds me of conversation with a young chap from Hong Kong some 20 years ago, couldn't afford to buy a apartment, so gave that away and bought a Porsche.

Personally, I hate SUVs. I think they are a real hazard and for me are a metaphor of our self interested society - 'screw you, my safety comes first. And my status.'
With all the hoony utes and SUVs around town it feels like we are living in an outback town rather than a city.
I am also surprised they are still so popular given the way fuel prices are going.