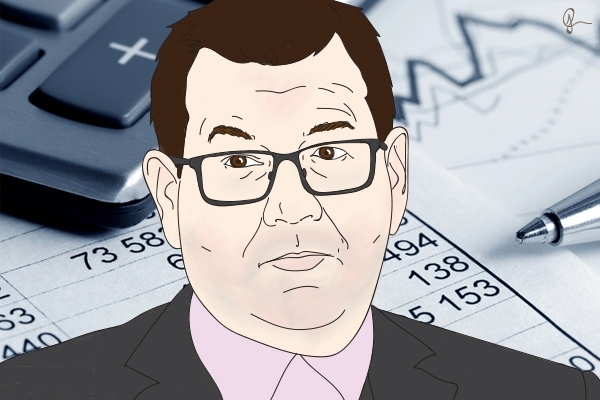 New Zealand’s economic growth has been making headlines for all the wrong reasons recently.

Both Treasury and Finance Minister Grant Robertson have indicated it's likely Gross Domestic Product (GDP) growth projections will have to be trimmed in the coming months.

The Reserve Bank is expected to come to the same conclusion on Thursday.

As Robertson defends the “transitioning economy,” National has been in attack mode.

Question time after question time, press release after press release, the Opposition has been slamming the Government for what they describe as a looming economic slowdown.

But Robertson has been responding to the criticism with his signature smile – he believes he has an ace in the hole.

He calls it “fiscal stimulus” and he says it’s likely to keep economic growth elevated over the next couple of quarters.

But what is “fiscal stimulus” and how does he expect it to add to economic growth?

“Fiscal stimulus occurs when the Government implements policies to either reduce the amount of tax it is collecting or increase the amount of spending it is doing,” says Infometrics chief forecaster Gareth Kiernan.

This can come in many forms. Tax cuts are a form of fiscal stimulus, so is building a new motorway or new bridges.

In 2009/10, the National Party implemented its own fiscal stimulus by bringing forward infrastructure spending to help pump some life into an economy reeling from the Global Financial Crisis.

Back then, the economy was in dire straits and the stimulus was used to help “kick-start” growth, says economist Shamubeel Eaqub.

“When the economy slows, often it’s because there is a failure of demand, a collective sitting on hands if you will. Everyone is waiting for things to get better before they hire, spend or invest. It becomes self-fulfilling.”

Although things aren’t as bad now as back then, Robertson has been talking up the Government’s fiscal firepower – notably through the Families’ Package which came into effect on July 1 this year.

The policy includes a number of measures, including the winter energy payment, the Best Start payment and increasing paid parental leave just to name a few.

It was designed to provide more income to families across New Zealand. For example, the Government says a family with a household income of $55,000 a year or less would be $129 a week better off.

This will stimulate the economy by encouraging people to spend more of their money, according to BERL Economics chief economist Ganesh Nana.

“Given that most of the money will be going to low-income households that have a high propensity to spend rather than save, it is reasonable to assume a similar boost to household consumption and therefore economic growth over the year.”

Although he, and Robertson, expect the package to positively impact economic growth, Kiernan says it’s hard to quantify just how much impact it will have.

The other area of stimulus the Government has in its fiscal arsenal is the Provincial Growth Fund (PGF).

Each year, for the next three years, the Government will allocate $1 billion to the regions to help regional economic development.

Although the capital allocated to the policy is roughly the same amount as what was earmarked for the Families Package, the direct economic impact will take longer to be observed, as the projects take longer to complete.

Because of this, Kiernan says the effects of the Fund are likely to take longer to filter through into economic growth.

KiwiBuild is also a policy that could stimulate the economy.

Looking at the Government’s overall spending plans, the Treasury has assessed the impact of the Budget as stimulatory for 2018/19.

But by how much, is up for debate. Kiernan says it could be half a percentage point.

But he says there are some caveats to his forecast.

“The supply constraints in the economy mean that more spending might not necessarily translate easily into more economic growth and activity.”

Nana says the PGF and KiwiBuild spends may be delayed as approval processes take time, or construction sector capacity is stretched.

“If so, the impact will be delayed.”

The govt should create a 1000NZD cryptographic token issued annually to all kiwisaver members, that can be presented to a bank or lending institution to pay down debt, or if the member has no debt, be presented to their kiwisaver provider for investment. The token can be partially spent on debt under 1000NZD and subsequently partially invested in kiwisaver. The ledger balance can be viewed via RealMe. Tokens are issued annually and expire after 1 year. This replaces the kiwisaver member tax credit.

In this way, you can provide debt relief by bailing out the people, instead of just the banks.

JK admitted what he has done to achieve the rock star economy.

Not sure if anyone in the current government has any better ideas than Sir JK.

I always love the first part of a question to a Minister during Question Time: "Does the Minister stand by all his comments?"
Is Minister Robertson setting himself up to be proved wrong in his denials about negativity in relation to the future of the economy?

That's basically to avoid the obligation to provide advance notice of question topics, isn't it?

The law was intended to have some transparency around what topics would be questioned so that ministers would have time to prepare. Instead, it's resulted in every single first question being the same.

Not sure how long it's been this way...years and years, anyway.

Maybe reinstate the PAYE cuts proposed by the previous government so that the median income earner does not get taxed under the second highest tax slab.
When the new tax slab thresholds were last altered back in October 2010, it was based on the 2008 median income of $760/week; which stood at $929 in 2017.
This means the personal tax on the median income has creeped up by $55/week (annualized 6.93%) over 8 years. Arguably, the largest contributor to the living cost for the average New Zealander over the years has been PAYE.

As if that will happen. They'll probably raise taxes so they can stimulate Debbie and her five kids all sired by different fathers. Or they'll find some way to waste it on something stupid I guarantee. These politicians couldn't care less about the hard working tax payer that just wants to get ahead on their own steam. Want to get ahead in NZ. Two ways:
1) Pop out loads of kids and haul in those benefits and working for families credits. No training needed. Start right out of high school. Also no need for commuting expenses or hardwork!
2) Rip off other people in the property/rental market. Sorry you'll need rich parents to get "on the ladder".

That's pretty much it. The message is clear. If you're a productive person you can get f--; you're going to subsidise everyone else's lolly scrambles.

If I wasn't so rooted in I'd be off to Australia before they close the door on this banana republic.

Certainly agree with you on point 1, but that is a road that leads nowhere.
The other road of making it yourself takes effort and time, if you weren't born with a silver spoon so to speak. I suggest some of the inspirational audio books that you can listen to while commuting is a help.

My point is not everyone can do #2 as it is not creating wealth but taking wealth. It's a zero sum game and someone has to lose. I get your point that it can be done but for most smart people it's easier to move to another country.

My brother is really smart and moved to Aust and didn't do well. But his kids are doing extra well in business so is that the result of environment (being in aust) or personal factors (mindset and attitude) or maybe just luck. I personally know so many people who have come to nz with little or nothing and have done very very well through hard work and so have their children with degrees and careers. I also know others with practical qualifications doing very well, both themselves and their children. Their success hasn't happened overnight
There is tons of opportunity in nz still, in my opinion Bilbo

I think thrift is necessary when it's necessary - regardless of whether or not it temporarily slows the economy. The longer term is more important.
If the govt has spare money to stimulate the economy it probably evidence that it's been taxing it's citizens too much (and hense been partly responsible for slowing the economy in the first place).