The Government will spend $305 million on upgrading Auckland hospitals, to make up for a ‘legacy of deferred maintenance’

The Government will spend $305 million on upgrading Auckland hospitals, to make up for a ‘legacy of deferred maintenance’ 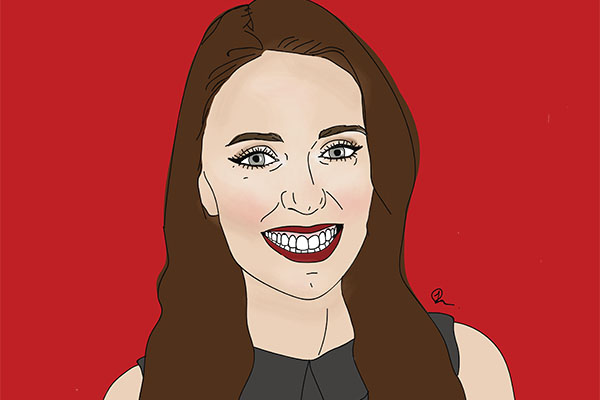 Almost half of the $750 million allocated for new funding of capital projects in the 2018 Budget will be spent on upgrading Auckland hospitals.

This will include lift upgrades, new fire protection systems, new electrical substations and water storage, as well as improvements to energy efficiency which will help reduce operating costs.

Ardern says the investment was needed because of the underfunding of hospitals for many years, pointing the figure at the previous Government.

“That’s left us a legacy of deferred maintenance and ageing infrastructure that we can no longer ignore.”

Some $275 million will be spent at Auckland City Hospital, Starship Hospital and the Greenlane Clinical Centre – which collectively delivers care to half a million patients.

Auckland DHB will invest a further $30 million dollars over the next three years.

But this won’t be the last investment in New Zealand’s health care system, Minister of Health David Clark says.

“There’s no question that further investment will be needed to deal with a backlog of building issues nationwide and a growing population.”

He says the Government is “prepared to invest in its future so that it is there when people need it.”

The Prime Minister warned in April that its first budget would focus on rebuilding some of New Zealand’s key public services, singling out health care as a major focus.

She made good on that promise come budget day, with almost half of all new spending being committed to rebuilding the public sector.

Of that, 50% was earmarked for health.

Minister of Finance Grant Robertson has repeatedly said Budget 2018 was just the first of at least three budgets that will focus on rebuilding the public sector.

Clark says the $305 million will provide a foundation for the DHB to plan for the future healthcare needs of its communities.

“While patients, whanau and staff may not immediately see a lot of difference as a result of this remediation programme, it will mean fewer operational failures, greater efficiency and responsiveness, and improved safety and resilience.

well done, the reason I voted in this mob to deal to the underfunding of health. as well as other services and infrastructure
you can not add people into the system on mass and hold funding and expect a good outcome, it might look good for a short period on the books but will bite you in the long term as deferred spending needs to be made up for

You must be disappointed then that the increase in health spending in Budget 2018 was less than the amount that the last govt had budgeted for.

Still, who cares about health spending when you can piss away taxpayers' money on a fees-free electoral bribe?

Yeah, National campaigned an increase of $888 million on last year for health care. Why $888 million? What significance does the number 8 have? I know in Chinese culture the number 8 means wealth, fortune and prosper.

By the way, i am pretty sure this $305 million is coming out of the capital projects fund not health if my reading comprehension of this article serves me well.

That is not true.

Sharetrader, sorry to burst your bubble, but you do realize they are spending less on health than the last mob in terms of operational costs?

Not true. The government allocated a greater increase in absolute terms than the national party did in the previous years. However, it was a slightly lower percentage increase. It is also important to note that while the points I’ve said are true about DHB funding, the injection into health was massive because of capital provisions.

I suspect that National at the behest of the NZ initiative let the human wave into the Country to crash the social infrastructure under the shock of sheer demand and overcrowding, this of course was intended to create the timely crises peddlers of neoliberal policies seek to exploit and what comes next when the public assets collapse...the privatisation of everything and at cut price rates....

Correction: Taxpayer to shell out $300 million.

Unless it's an oil-rich authoritarian kingdom in the Middle East, I believe taxpayers fund public expenses of their countries. It's the taxpayers who will be using the hospitals, I presume!

The do the elderly parents of tax avoiding immigrants contribute tax?

There is a family reunion category in the INZ stats. When they were last brave enough to publish their permanent residency database (used to be monthly until just over a year ago) anyone could see how many elderly arrived in this category. It was frozen just over 2 years ago. But looking at the stats for previous years it showed very few elderly from 3rd world countries. As a rough guide a UK citizen who emigrates to NZ brings with them their UK pension which is deducted from NZ superannuation so we only need to worry about those from 3rd world countries.
So my answer would be: (a) yes but rarely for immigrants since 2010 (b) health care costs apply to all whether arriving as parents or not (eg myself - arrived as a skilled immigrant from the Uk but was treated for a heart problem last year by the NZ taxpayer - my defence being that I did work and pay taxes in NZ until recently and secondly there will be NZ natives being treated in the UK so it is a reciprocal situation.
Shorter answer - NZ govt is not as dumb now as it used to be.

Is there a problem with that?

Yeah, I thought it would have some major problems with leaky buildings needing addressing - did they give it extra funding earlier for those?

Taxpayer shelling out 170 million to pay more and more idiots to sit around Committee Tables.

What a waste of money, time and effort...is it not?.

I think some people have no shame....some people need to be Committed......it is insane.