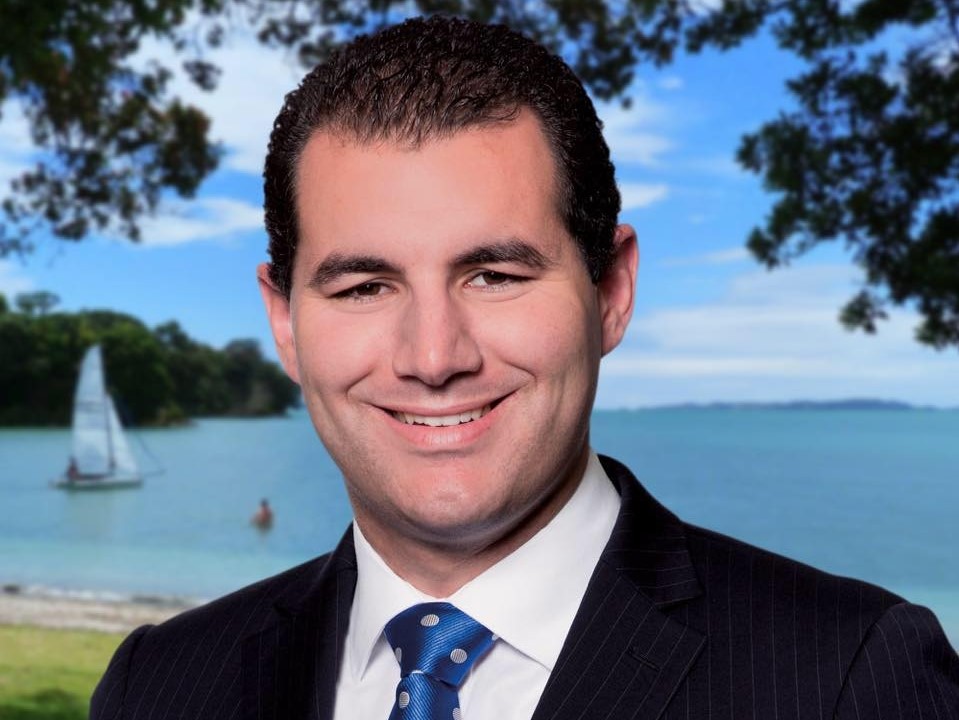 National MP Jami-Lee Ross is giving up his portfolios due to health reasons, with National Leader Simon Bridges saying the move is “entirely separate” to the party’s leak investigation.

Ross has announced that Bridges has permitted him to take medical leave for a few months, as he puts his “own health and family first”.

The Botany MP, ranked seventh on the list, will step back from his front bench position.

His transport portfolio will be picked up by Paul Goldsmith and his infrastructure responsibilities by Judith Collins.

While these are permanent appointments, Ross said he looked forward to returning to Parliament in the future to re-join the National Caucus.

Speaking to media at a briefing, Bridges reiterated that National’s investigation into who leaked his travel expenses to the media earlier in the year was ongoing and a separate matter to that of Ross’s leave.

An independent inquiry into this was dropped when the leaker recently revealed they were associated with the National Party and indicated they had mental health issues.

Bridges wouldn’t disclose the nature of Ross’s health issues but said they were “serious” and “personal”. He went on to say they were “embarrassing”, but back-tracked on this when questioned by the media.

He expected Ross would make himself available to answer any necessary questions as part of the leak inquiry.

Bridges clarified he found out about Ross’s health issue last week; the issuing coming “out of the blue” to him.

He said it was important for Ross to focus on his “wellbeing” and hoped he’d make a return to Parliament.

Asked what this would hinge on, Bridges said: "Now it's in his hands to focus on himself and then come back refreshed and well."

Edit: Perhaps he's not the leaker - seems like National's busy-bee-hive is infected with 'colony collapse syndrome'. Who will be next to go?

Was reported that Jamie Lee Ross supported Bridges for the leadership. So seems unlikely.

That's not the entire dynamic though....

Lets hope Jami-Lee Ross and the National Party leaker can find the support they need in the mental health system they underfunded...

Along with every other party thats been in power.
IMO it's not underfunded but they have the wrong sytem to deal with people in place.It all started with the closure of places like Tokanui.and similar.

The stepping out and the investigation are "entirely separate".

I would rather have thought you'd use the term "entirely unrelated".

For an Ivy Leaguer & ex crown prosecutor Bridges is weirdly inarticulate, maladroit too. Speaks as if a mouth full of marbles.

I hope Jami-Lee gets the necessary support and attention required to remove that hideous rictus grin.

Dear Lord, we are a friendly bunch here at interest.co.nz at times LMFAO ;)

If he is the leaker , whats the point in not saying so now? Get it over with and move on.

Agree. If he is the leaker then it needs to be publicly acknowledged or it leaves everyone else under a cloud.

The fact Bridges said he has taken the portfolios from Ross "permanently" indicates something more final than a health problem he might recover from and then be able to resume normal duties.

OMG Simon sounded sooo sincere when he made the announcement (sarc), especially the bit where whatever it was was potentially "embarrassing", which could mean a couple of things, but not many more than that.

Let me tell you that when a person is descibed as being depressed or haveing mental problems,it is embarrassing.
Suddenly people don't visit,family members disappear apart from a phone call,and you get a feeling that people are talking about you.
It's bloody embarrassing,people don't understand mental problems.A family member even offered to come around and box my fathers ears saying''that'll fix him'''''.Hmmmmmmm.

You talking about Simon and his sincerity there, because I was?

My sincere apologies.
Got the wrong end of the stick.

Thank you. Gotta say, whenever I hear Bridges' voice it has much the same effect on me as fingernails scraped down a blackboard has on others. Either this morning or last night an RNZ soundbite of him had him saying something like "I said it best" about something or other, can't remember exactly what, but I absolutely can recall the hairs on the back of my neck standing straight up when this came out of his mouth. As much as I don't want to say this, I immediately thought how Donald Trump those few words were.

It's pretty lacking in class and grace on Soimon's part.

Especially if his MP is facing mental health issues, for the leader of the party to describe it multiple times as "embarrassing" is stigmatising indeed. Suggests a poor attitude to mental health from Bridges.

To me Simon Bridges sounds like he's putting on a pretend voice/accent. Maybe he's self conscious about the way his natural voice sounds, probably has a mate that's much cooler than him who actually sounds like that so he mimics his voice to fit in.

Yeah, he sounds very robotic. Whenever I hear him speak I get the feeling he is not sincere. This is a big problem if others get that feeling too.

Bridges has made a pigs ear of this leak issue.

If it was Ross who leaked the info - in pursuing it (which he plain didn't need to do in the first place!) - I assume Bridges would seek to force a resignation (so that he'll look like a decisive leader, just as he has accused Ardern of needing to be).

Perhaps that conversation with Ross has already happened and Ross said no, I'm not resigning. So, Bridges sends him on gardening leave. What else could he do?

A week later, PWC come out saying that the results of the investigation are either a) inconclusive or b) a staffer and for privacy reasons the name of the person cannot be divulged.

All completely unnecessary and a mess of his own making. I'm guessing there will be a leadership challenge soon after the PWC investigation is concluded - and perhaps it will be Bridges that re-considers his political career.

Well Kate, you can’t have a pig’s ear without parsley sauce. Heat in the kitchen, perhaps?

It's certainly a big deal he's making about a leak of Public Expense Data, I wonder what his thoughts would be if someone were to make a big deal because they had details surrounding their Private Welfare Data leaked?

Oh would you look at that.

National Party leader Simon Bridges says Winston Peters should focus on governing rather than pursuing his "personal vendettas" by suing senior bureaucrats and National MPs in the courts.