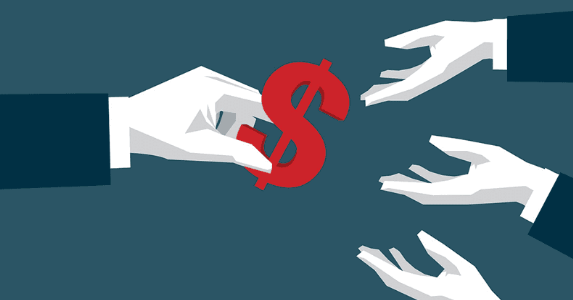 Harmoney, the licensed New Zealand peer-to-peer lender that receives three-quarters of its funding from banks and institutional investors, says it has now facilitated loans across New Zealand and Australia valued at $1 billion.

The first P2P lender licensed by the Financial Markets Authority, Harmoney launched in New Zealand in September 2014, followed by Australia early last year. Its New Zealand website says Harmoney has facilitated $750 million of lending in NZ, suggesting the balance has come in Australia.

"Harmoney’s loan book primarily consists of borrowers in the 30-49 age bracket, with an average age of 45; the book is skewed towards home owners, 45% of borrowers, and skilled workers, chiefly office workers, 37%, and other professionals. Just under 51,000 loans to more than 32,000 borrowers have been serviced via the Harmoney marketplace across New Zealand and Australia," Harmoney says.

"Borrowers primarily access loans via Harmoney for debt consolidation, 35.2% of all loans, and home improvements,13.8%. On behalf of a number of borrowers who have taken out loans for debt consolidation purposes, Harmoney has distributed more than $164 million directly to third-party creditors such as banks."

"Total retail investors have surpassed 8,500 and they have collectively been paid more than $35 million in interest," says Harmoney.

“We are proud to be part of a successful New Zealand Inc story as a Kiwi tech company opening up competition both in New Zealand and across the ditch with fairer rates. Whether the growth of Harmoney and the reduction in the cost of borrowing in personal lending is coincidental or causative is for economists to decide, but the upshot is that our marketplace gives choice, freedom and opportunity to borrowers and lenders, and that’s a real achievement in the Australasian context,” Neil Roberts, Harmoney's founder, biggest shareholder and co-CEO, says.

On average 75% of Harmoney's loans are funded by institutional investors including the Heartland and TSB banks. Heartland also has a 13.34% Harmoney shareholding.

So 25% is peer to peer and 75% is the equivalent of finance company lending by institutions.

Harmoney doesn't even do debt collection. Things are not going to end well.

Is it not more accurate t say that they sell it to somebody else to do?
And what do you mean it is not going to end well? becasue they don't collect debt, they will eventually not get paid back enough and then go bust. Is that what you meant?
tks

honest qstn, is anyone here using p2p platforms as a lender?

I've heard its everything from sub-prime/risky, all the way to "safer than your average bank customer"... I'm sure its nuanced and the true risk is somewhere in between. But the (claimed) returns are enough for me to at least ask

I won't be making any decisions based on anecdote, but at least it opens a discussion on a topic i'd like to be better informed on.

Plenty of people here use Harmoney. I have a measly 9K in there earning and impressive 14%. The main problem is getting money into decent loans. After June this year when Harmoney reclassified itself as an investor the loan pool changed dramatically. Plenty of junk available like refinanced NINJA loans, or 60K loans to people who've just purchased houses, but all the good stuff seemed to have been "filtered out" before it could hit the market place. That's my assertion anyway and it caused me to open an account with Squirrel. I'm still persevering with Harmoney as there seems to be a little more good quality stuff hitting the market place these days.

I experimented with it for a couple of years with $2k, have recently upped it to $5k. I'm averaging 14% also. I don't think it will fare well through a recession, but it's been pumping really well until now.

Threw a few thousand at it late last year, and it was doing quite well @ 16% returns until I hit a couple of write offs recently, now down to 11% returns and creeping back up. Plenty of loans that based on the little information given I wouldn't touch with a barge pole.

Go to their Web-site and read all about it. If not comfortable/knowledgeable don't do it

I've been a lender from early on. Unlike most others,I invest only in A and B quality loans(currently 78% A and 22% B). I only put in $18,000 in several tranches over some 6 months.
My net yield(RAR) is 9.74% from 530 loans,many of which have been repaid early. The capital lost in bad loans is $174. Thus,my overall experience has been good,but I am gradually withdrawing capital,as it has become increasingly difficult to obtain loans.I got 1 A grade loan this morning.