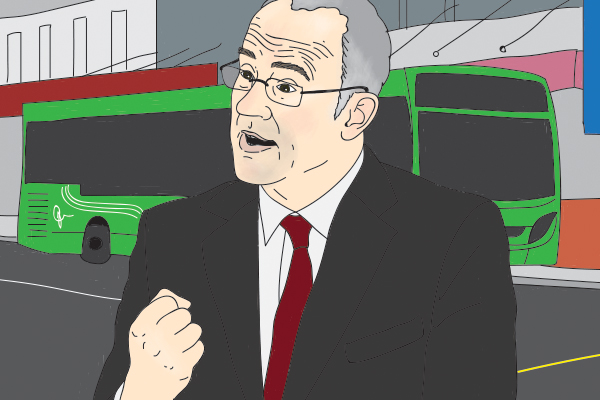 The Waikato Regional Transport Committee last week voted unanimously to include the proposed rail service in its local land transport plan. It will now be considered by Waikato Regional Council, the Waikato District Council and the Hamilton City Council.

“The initial service, intended to start in March 2020, would be operated by KiwiRail and include a northbound morning peak service and a southbound evening peak service.

“It would stop at Frankton, The Base, Huntly and Papakura. The Huntly platform would need to be upgraded and a new island platform would be needed at The Base.

“Our Government is committed to developing transport options in our urban areas by investing close to $4 billion in public transport, rapid transit and metro rail across the country through the National Land Transport Fund in the next three years.

“Instead of transport investment trying to play catch up, we need to lead growth and shape our towns and cities. More people are commuting between Hamilton and Auckland, and introducing this service will give them a choice in how they do that,” Phil Twyford said.

The NZTA Board will consider whether to fund the proposed start-up passenger rail service in December after the councils have made their decisions.

What about the per trip subsidy per passenger for this service? Hint - it is eyewateringly high. What about travel time? Not much better than by car.

Ultimately travel time comparisons depend on traffic congestion. I catch a rail commuter service from the Wairarapa to Wellington every day. My home is a 5 - 10 minute walk from the train station and my office is right across the road at the other end, but of course a good number of people won't have that luxury and will need to catch 2 trains or a train and a bus to get to work.

I took the work truck home for a month, i certainly noticed at peak times the train was a lot quicker. Also the fuel costs (Diesel) alone were about the same as a month pass.

What I also noticed is (as I expected) i was much more fatigued driving, but we do have the Remutaka Hills to combat.

Door to door times by car will be quicker, especially when the expressway is completed, and drivers won't be limited to travelling at two set times each way.

The intermediate stops between Hamilton and Papakura will slow the rail journey, and travellers would need to change in order to get to central Auckland.

Absolutely true. But this particular rail service would be subsidised through the roof. Like $200 per passenger per trip (or something like that). Don’t get me wrong, im a big fan of rail.

This service will lose money big time for eternity.If money is not going to be a concern then away we go but why should people subsidise 150/200 people.

It will be great to see the return fare for this journey.

As I mentioned in a previous comment, car travel also loses money. Should we make everything a toll road?

I mean I'm a libertarian so I say we should, but I think people are under the impression that they actually cover the nations road costs with their rego payments, which is laughably absurd.

It would be Interesting, would it not, to dig out the unsubsidised cost per pax-km.

But look on the bright side, pensioners: if it were to be extended to a mid-morning and mid-afternoon run, you'd ride for Free! Just like the Waiheke ferries.....

Providing a service for those too old to drive and maybe more important removing old codgers driving on a critical motorway. Sounds like very good value for money for tax payers.

The words “Business Case” and “Twyford” go together like Oxy and Moron.

As opposed to "John Key" and "Convention Centre"?

Who? That lot got the boot over a year ago. They’re yesterday’s news.

What a waste of time. Use the money to extend electrification of the rail line as far a Drury motorway interchange. The southern motorway and rail line to Pukekohe intersect there. Plenty of bare land beside the rail line to construct a station and large park and ride facility. If Hamiltonians really want a public transport option to Auckland they could put on multiple morning and evening coaches to a Drury station for far less than running a train and far easier to add multiple drop off and pickup locations along the route. Would be faster than a train as well and if not enough people use the service they can just stop running the coaches and no more money would be lost.

The Waikato towns of Tuakau, Pokeno and Te Kauwhata are places that people commute from to Auckland. They are all on the railway line and if there was a commuter train might actually provide real customer numbers.

And the train is not going to stop at any of them?

I'm no rail expert, so perhaps someone could help me out - would it not make sense to just extend the Auckland Southern line from Pukekohe to Huntly first? Why does it need to all be done in one fell swoop?

Maintenance facilities already at Te Rapa . Plus Waikatos paying for it .

That's the kind of thinking that's needed, other examples of quality rail networks - the TGV in France, just over 3 hours Marseille to Paris (775 Kms), the ICE in Germany just under 4 hours Munich to Berlin. Bring them over let them have a look, work it out, start shunting people about the country and out of Auckland.

Surely it would make economic sense. Rather than launching a 400 metric ton hunk of metal in to the sky a dozen times a day you could keep that hunk of metal on the ground and drive it with electricity.

Imagine how many more people you'd need to make that viable. I'd rather bloody walk

Darn it though, a good fast train system like the Hong Kong Metro or Japanese rail system would be transformative. How do we make a leap forward? The Hong Kong Metro is self funded by buying the land around the proposed new stations and then selling it a few years after they open, thus capturing the uplift in property and land value from putting in the rail system.

All the more reason for them to do it as it meets all their prerequisites.