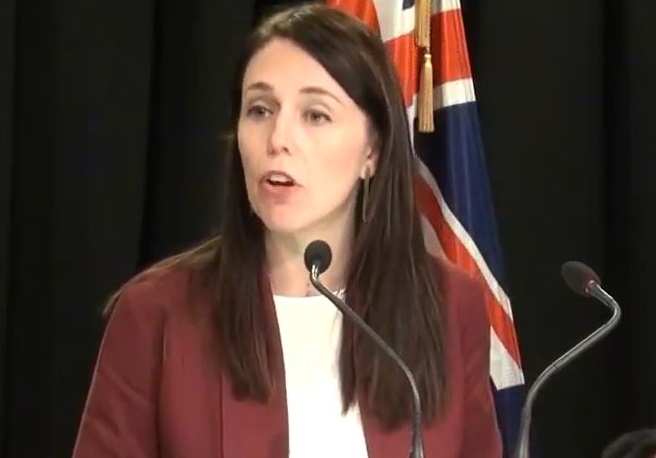 Prime Minister Jacinda Ardern is joining the troupe of world leaders pressuring Britain to essentially minimise making its problems the problems of its trading partners.

She is scheduled to meet UK Prime Minister Theresa May during a visit to London on January 20 and 21.

Her office says she will “reconfirm the understanding that New Zealand will be left no worse off, including in respect of its trade interests, following the UK’s decision to leave the EU”.

“My visit to the UK is an opportunity to underline New Zealand’s position as a natural and long-standing partner for the country as it redefines its global role post-Brexit,” Ardern says.

Still 'much progress' to be made securing an FTA with Europe

“There is still much progress to make in trade talks with our European partners, so a key focus of this whole trip is to speak to European Commission and individual country leaders to shore up support for our ongoing negotiations and ensure New Zealand exporters achieve a great deal,” she says.

Ardern will go to Switzerland on January 22, where she’ll attend the World Economic Forum in Davos with Finance Minister Grant Robertson.

She’ll participate in panel discussions, including one with the head of the World Trade Organisation on the future of the international trading system.

Robertson will also deliver the opening remarks at the Forum’s main Asia-Pacific event, a discussion on ‘Bridging the Demographic Divide’.

Ardern and Robertson have several bilateral meetings planned; Robertson’s office confirming he has these scheduled with leaders from Singapore, Denmark, France, Canada, Ireland and Chile.

Robertson’s office says he too will meet EU commissioners responsible for the euro and the EU Budget process, as well as members of the European Parliament.

“This is a very timely trip given the dynamic global economic situation,” he says.

“While the New Zealand economy continues its stable growth, as international risks mount we must continue to engage with global partners so we are in the best position to address any issues.”

Showcasing the government’s work using a set of wellbeing indicators to inform policymakers’ decisions and make Budget 2019 (to be released in May) the world’s first ever ‘Wellbeing Budget,’ will also be a focus for both Ardern and Robertson during their trip.

“Our wellbeing approach is generating significant international interest, particularly at a time when the international rules-based order is under strain and leaders are grappling with constituencies dissatisfied with the status quo,” Ardern says.

She will participate in a World Economic Forum panel discussion with the head of the OECD on looking beyond GDP to measure a country’s success.

Robertson will also do a talk on the Wellbeing Budget at the London School of Economics.

“I hope other leaders will come to see more compassionate domestic policy settings as a compelling alternative to the false promise of protectionism and isolation,” Ardern says.

Jacinda should butt out of the UK's affairs

Yep. She will also hopefully butt out of NZ affairs before too long.

So how much will this junket cost us hard-working taxpayers ?

How much would a trade agreement with the EU make us is probably the question you need to ask.

As Jacinda and Billy Bunter are about to learn, we have got as much chance of the Free Trade agreement with the EU as the Pope has of falling pregnant .

"So how much will this junket cost us hard-working taxpayers ?"
Probably about the 16th price of a flag referendum or a condo in Hawaii

We have a much better chance to get a FTA with the UK, than the EU, too many countries

Under no circumstances should we accept unfettered migration from the UK.

This kind of thing is happening in more and more UK towns and cities. https://en.wikipedia.org/wiki/Rotherham_child_sexual_exploitation_scand…

Here is the full list of top names for each London borough. I wouldn't DC get out his censorship hammer so I wonder if you can figure out the problem...

The censorship hammer is strong in that one, my padawan.

waste of space. a total junket. Theresa May wont be the slightest bit interested. She is fighting for her survival. JA and GR would be far more productive to stay put, and manage nz's economy, which imho is about to go down the toilet.

Wellbeing budget?? Is that a budget with feelz replacing tricky things like deficits?

Domestic policies (compassionate or otherwise) are not an 'alternative' to foreign policy. Our dear leaders missionary zeal to preach the socialist manifesto to the leaders of the free world has taken her into false equivalence territory.

Cinderella and her prince are off to the ball... meanwhile medium rents gobble up more medium pay, 2 workers support one beneficiary, so that they can produce more beneficiary's. Our prisons are full, our rivers drying up and the costs off compliance and basic needs rise relentlessly... Hey! bring us back a tee shirt.

looks like Theresa May angling for John Key style stall/deny/delay tactic ending in a re-vote and no brexit. Not once in the last two years did she talk to Jeremy Corbyn about what would be marginally acceptable to labour. She wont even entertain the idea of a customs union. Now I see the eu is prepared to extend the March deadline. Writings on the wall.

More like she has inherited an absolute dog's breakfast from the government that did not set a higher threshold for such an important referendum. All this with what amounts to pretty much margin of error winning margin is bonkers. I have a grudging respect for her, she is on a hiding to nothing almost regardless of what happens. They really needed to have thought through this whole borders thing before they even put Brexit to the public vote.
I'm more inclined to call Cowardy Custard on David Cameron to be honest.

'The Times'
'She appealed to opposition MPs to work with her on a revised deal ... The Labour leader resisted the overture, however, insisting that Mrs May abandon a no-deal exit before the start of any "positive talks".'

“I hope other leaders will come to see more compassionate domestic policy settings as a compelling alternative to the false promise of protectionism and isolation,”

I don't understand what this means. Aren't protectionism and isolation driven by a desire to show compassion domestically?

I've searched the Internet to try and understand what this means. I understand what they mean by "demographic divide" which is that some countries have rich and aging/declining populations while others have poor young/growing populations but what exactly do they mean by bridging? As far as I can tell it involves exaggerating the negatives of aging/declining populations and claiming that this situation offers us a marvelous win/win opportunity because we can solve both problems by mass migration.

People need to understand that globalism is nothing more than international socialism built on the foundations of globalization which is a capitalist/imperial system related only to trade. Globalism means that all the world's problems are our problems.

But Zach, all international socialists must believe they know best and if only they were in charge they would know what to do. The words are just meaningless sound good statements, the sort of thing art students use when asked what the painting is actually about. They are a words strung together that appear to have meaning.

Intention is all, and their intention is to be in charge (of everyone who doesn't agree with them). Beware those who would control you, whatever the words they speak.

Roger. I challenge your 'sound good' proposition. I have to read and re-read her her mashed up word soup utterances to discern what I think she is trying to say. I'd have some grudging respect if I thought she was delivering cleverly written but sinister Orwellian double speak but disturbingly I suspect she actually writes or at least edits much of the muddled prose attributed to her.

My theory is that things may be Orwellian but not consciously Orwellian. A conspiracy could be unconscious. Much like evolution mimics conscious design. It looks like a conspiracy, it feels like a conspiracy and has the effect of a conspiracy but no committee actually sat down and drew up a plan.Something like political correctness has the same effect as "newspeak" in that it creates "groupthink".

The more amiability and esprit de corps there is among the members of a policy-making ingroup, the greater the danger that independent critical thinking will be replaced by groupthink, which is likely to result in irrational and dehumanizing actions directed against outgroups - Irving Janis

From long experience of the corporate world ( if you haven't already, take a look at Netflix's W1a for a hilarious look at groupthink), the genesis of what eventuates as apparent groupthink is often a subtly manipulative (sometimes machiavellian) individual with a singular motive.

HaHa. Theresa May is a bit busy and preoccupied at the mo and probably won't even notice Jacinda is in the room. Never been a less timely week for the NZ PM to go whining to the British PM about poor little NZ.