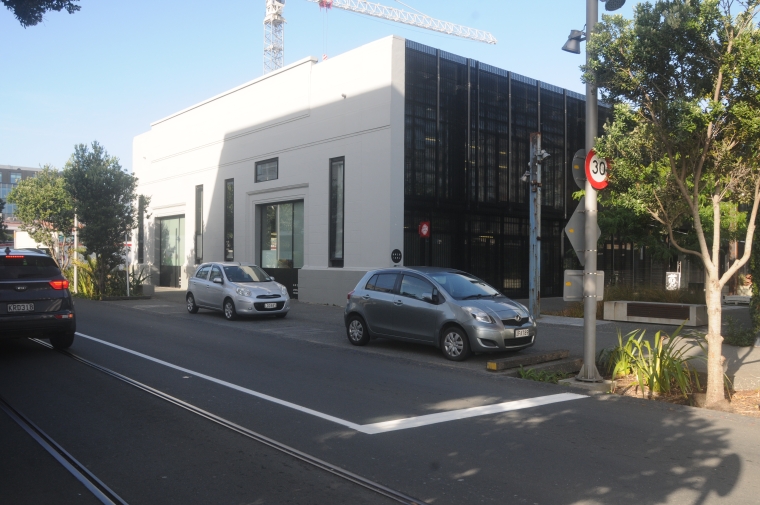 Auckland Tourism, Events and Economic Development (ATEED) staff will have to temporarily evacuate their Wynyard Quarter premises in April due to a number of issues with the property, including a toxic waste problem.

The Lysaght Building was one of the first redevelopment projects completed in the Wynyard Quarter and is owned by Panuku Development Auckland.

Auckland Tourism Events & Economic Development (ATEED) has been a tenant in the building on the corner of Pakenham Street West and Halsey Street since 2015. It is now also home to GridAKL, where a number of business start-ups and innovative small businesses are based within the Innovation Precinct.

But in a report to the ATEED Board late last year CEO Nick Hill said the building would have to be evacuated due to a number of serious issues with the property including a possible toxic waste problem.

“The Lysaght building is facing issues with plumbing, air conditioning, car parks, internet provision and a possible toxic waste problem. The building will need to be completely shut down during works and tenants will not be able to access it.”

Mr Hill said another property in nearby Madden Street would probably have to be used to house the displaced Lysaght tenants while repair work was carried out. But he said ATEED wasn’t going to pick up the tab.

“The works are Panuku’s responsibility and ATEED will need to seek compensation for any lost Lysaght income.”

ATEED spokesman Chris Gregory says because Panuku is the owner of the Lysaght Building any response should come from them.

“This is a very well-known scenario in Wynyard as it pre-dates the current mixed use, back to when the land was home to bulk liquid storage tanks and other industrial uses. With the Lysaght site, the method of dealing with the contamination was to seal it with the concrete floor of the building. Again, this was a well-known and appropriate solution.

“The issue has come up again now as the drainage repair job will involve digging in the ground and that has to be done with a methodology that doesn’t disturb any ground contaminants. Again, with our experience across Wynyard, Panuku and our contractors are very familiar with the ground conditions and how to operate safely and sustainably within them.”

Other repair work will include work on the buildings air conditioning system. He says the council controlled organisation hasn’t yet ascertained the cost of the work, but it is keen to see the minimum level of disruption to tenant ATEED and is planning to carry out the work over Easter.

Panuku Development Auckland is a council-controlled organisation (CCO) and was established in 2015 after the merger Auckland Council Property Limited and Waterfront Auckland.

The organisation works closely with Auckland Council and the other CCOs and local boards to encourage economic development.

The Lysaght Building was originally built in the 1920s and derives its name from the property's first tenant the John Lysaght steel company.

In 2017 the building was praised for its energy efficiency and was awarded 4.5 stars out of six by the National Australian Built Environment Rating System in New Zealand (NABERSNZ).

Panuku Chief Executive Roger MacDonald said it was the first energy efficiency rating to be awarded to a building in Wynyard Quarter and showed the organisation was leading the way in sustainability.

“Our vision for Wynyard Quarter is to become a beacon of sustainable design and liveability. We require high standards of our development partners and this rating shows we’re prepared to stand by those criteria. It’s an immense achievement to take a refurbished character building to perform better than the majority of New Zealand’s office stock, and thanks are due to all the people who have worked on the project. It sets the standard for others.”

Council organisation faces evacuation from building due to toxic waste

That is not a very nice way to talk about their bureaucratic staff. Great opportunity to clean up the toxic workplace though.

It is a "very well-known scenario" that the council wastes money on expensive "eco buildings" and there is a balls up and costly fixes.
Talk about spin doctors, their heavy hand is all over this piece.

We had a council building have to come down in Tauranga recently. Black mold apparently. I'll let you decide where the mold was exactly.