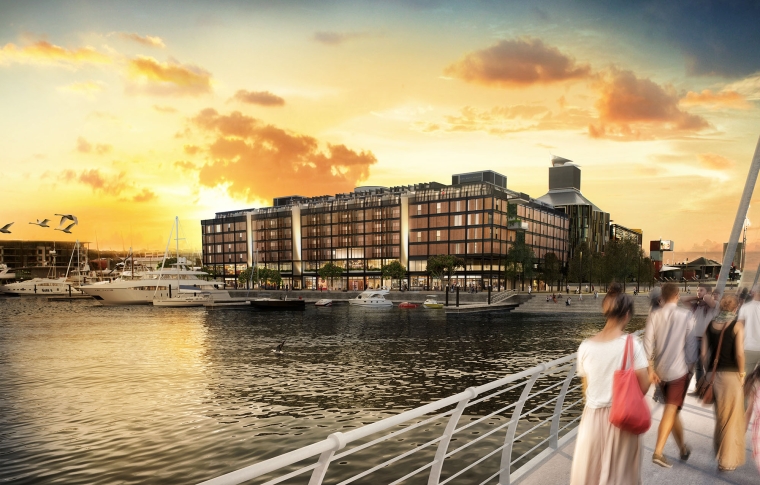 An Auckland Council plan to transfer up to $800 million worth of assets back to itself as part of a property title swap with a Council Controlled Organisation (CCO) is a recipe for disaster according to councillor Mike Lee.

The former Auckland Regional Council (ARC) chairman says the council can’t be trusted with the city’s assets in the face of a self-imposed debt limit and burgeoning costs.

Panuku Development Auckland (Panuku) is a Council Controlled Organisation (CCO) and is responsible for urban redevelopment projects and managing property on behalf of the council. It owns and manages large sections of the city’s waterfront real estate, including land, buildings, development sites and marinas. These properties are currently valued at around $800 million.

But it emerged last week that a simple change of ownership between the CCO and the Auckland Council had created a conundrum for the council as tax law changes which come into effect in July could leave it with a $220 million tax bill. The real estate involved includes Wynyard Quarter, large parts of the Viaduct Basin and adjoining sites, as well Queens Wharf, the Americas Cup Base and the Westhaven Marina.

The issue centres on the CCO’s role as a development agency. Auckland Council Finance and Performance Committee Chairman Ross Clow says Panuku has title over the properties it is developing, but once it has carried out the work it is then generally expected to transfer ownership back to the council. Clow says the main issue is whether the council decides to let Panuku maintain ownership of the assets, or transfers some or all of its assets back to it.

But Lee says Auckland Council can’t be trusted with the assets and if it sells them they could be lost forever.

“I just really don’t have sufficient confidence or trust that they will hold onto these assets. Auckland Council, having maxed out its borrowing, can’t be trusted with such an investment portfolio,” Lee says. “I recall only too well the recent example of the Diversified Financial Assets (DFA) portfolio.”

The fund was made up of stocks, bonds and cash and was inherited by the CCO Auckland Council Investments Limited (ACIL) from the ARC’s Auckland Regional Holdings during the creation of the Super City in 2010. In March 2015 the ACIL transferred its responsibility for the fund, which was worth $345 million, to the Auckland Council and by 2017/18 the stocks, bonds and cash were gone.

“They spent the lot,” Lee says.

He says a number of people said that the fund shouldn’t be managed by the local authority as it didn’t have the necessary experience to manage an investment fund.

“Because of the council’s debt ceiling and its inability to control its spending I really fear for the future of those assets. They’ve been held in trust for many, many decades for the people of Auckland.”

The Auckland Council had a special meeting last week to discuss the proposal and voted to begin a public consultation process on the proposed “full transfer of waterfront assets currently owned by Panuku Development Auckland to the Council”.

Lee was the one dissenting voice and voted against the proposal and asked for it to be recorded in the minutes.

But Clow says he doesn’t think all of the properties involved will be transferred back to the council anyway.

“I would be very surprised if we ended up bringing the assets back under full council control. If we did we would then have to delegate authority to Panuku to operate them.”

He says whether they were transferred from Panuku or not they could be sold if that was the decision on the day.

“But the council would still have to approve it,” Clow says. “And the property around Wynyard Quarter is either public property or has 99 year long-term leases.”

Clow says while the Diversified Financial Assets portfolio (DFA) fund was used to pay down council debt and fund various projects it wasn’t council business to be managing an investment fund.

“It was something we’d inherited [from the ARC]. But it wasn’t core business for us to be involved with investments like that. Which is different from us having a stake in the Auckland International Airport, or the Ports of Auckland.”

The public consultation process for the property transfer is part of the Auckland Council’s Annual Budget 2019/2020 and will run from February 17 to March 17.

but ACC debt increased not reduced

Mike Lee is a typical old-time socialist. His fixation with holding land results in significant on-going subsidy of white middle class interests. He isn't all that focused on heritage either. Really just an old shallow thinker who has massively outstayed his usefulness.

"He says a number of people said that the fund shouldn’t be managed by the local authority as it didn’t have the necessary experience to manage an investment fund.
Lee says he’s now concerned history could be repeated with the Auckland Council now looking at taking over control of Panuku’s $800 million dollar property portfolio.
It was something we’d inherited [from the ARC]. But it wasn’t core business for us to be involved with investments like that. Which is different from us having a stake in the Auckland International Airport, or the Ports of Auckland."
WHO IS PANUKU? Bunch of people running things with NO skin the game. so if they mess up, no problem, as rates can be increased by say 0.001%, so no big deal. Yeah Right!

Auckland council is behaving like the Trump Administration , totally out of any control , answerable to no one , as irresponsible as ever with ratepayers money , and all without consequence.

I feel ill.. I agree with Boatman on something :)

Sounds like the one we have in Tauranga. Wouldn't have a clue.

Is Mike worried they'll piss away any proceeds on a folly like a poorly located train station that would have to be demolished and relocated to be useful, at the behest of a Councillor with a personal agenda?

Ratepayers (and renters perhaps via a notified rates component of rent) really need to immediately feel the pain of dumb council management/spending if we are ever to elect better councils.

We need an act of parliament to severely limit council's ability to borrow - require that they raise rates if the want to spend money and force them to operate balanced budgets, rather than hiding excesses and mismanagement with borrowings and lumbering our children with the bill. Any exceptions to meet a very high bar and independent regulatory approval from an outside agency with a fixed (and shortest term possible) payback plan financed through higher rates.