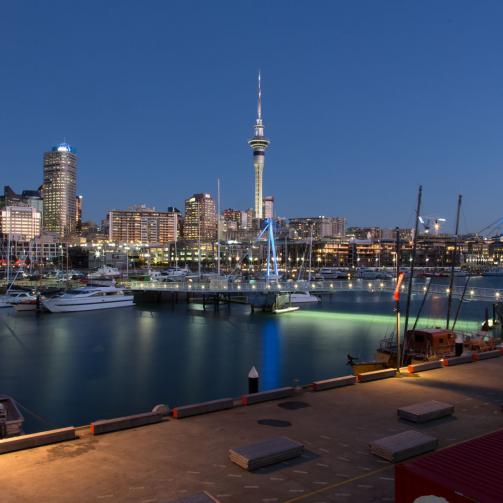 The Auckland Council is looking at the tax implications of a plan to transfer the ownership of hundreds of millions of dollars’ worth of prime waterfront property from the Council Controlled Organisation (CCO) Panuku to itself.

Panuku Development Auckland is responsible for urban redevelopment projects and managing property on behalf of the Council. It owns and manages large sections of the city’s waterfront real estate, including land, buildings, development sites and marinas. These properties are currently valued at around $800 million.

But now plans for a simple change of ownership for a number of the sites between the CCO and the Auckland Council has left the authority in a bind as tax changes, which come into effect in July this year, could leave it with a $220 million tax bill.

A report to the Auckland Council’s Finance and Performance Committee spells out its predicament.

“New Zealand’s tax law is changing. From July 2019, transferring assets from a council-controlled organisation (CCO) to the Council Entity for no cost would be considered taxable income. A transfer of waterfront land properties after 1 July 2019 is likely to have a significant impact on rates and debt. Depending on the exact make-up of the properties to be transferred this could cost the council approximately $220 million.”

The issue centers on the CCO’s role as a development agency and not as a long term property owner.

Auckland Council Finance and Performance Committee chairman Ross Clow says Panuku has title over the properties it is developing, but once it has carried out the work it is then generally expected to transfer ownership back to the council.

Clow says the main issue is whether the council decides to let Panuku maintain ownership of the assets, or transfer some or all of them back to the authority. He says the council’s Finance and Performance Committee will vote at its meeting this Wednesday on whether or not to proceed with a public consultation process on the issue.

“We’re not making a final decision,” Clow says. “We just want to make sure everything is kosher.”

He says the council’s tax advisors are working with Inland Revenue to obtain a binding ruling to provide some more certainty about the tax implications about the proposal.

“After the consultation period it will then be an issue of deciding whether we transfer all of Panuku’s assets or do we leave some of the working assets, such as the marinas with them? Otherwise it’s just business as usual for the Annual Plan.”

The committee report says the Panuku board is supportive of the need to consider land transfers now, but they will require some work by the CCO and council staff to finalise them before July 1.

If the committee votes to proceed with the public consultation process a part of its Annual Budget 2019/2020 it will run from February 17 to March 17.

"An omnibus tax bill introduced to Parliament on 5 December 2018 proposes.... that tax losses on residential rental properties will no longer be able to set off against the taxpayer’s other income (e.g. salary or wages). It is proposed the rules would take effect from the start of the 2019 income year (1 April 2019)"

Speaking of tax implications, has that passed through the bureaucratic pipeline yet?

Not yet, the omnibus bills normally pass in March. This one has a couple more readings to go but should be in place for the 2020 tax year (i.e. apply from 1 April 2019).

Whodathunk that creating myriads of sideways entities by Councils to fix certain perceived issues of governance and management, could have possibly landed them in tax strife?

Firstly , why is it even necessary to "transfer " ownership between related parties to do the development , when this can be take care of by way of agreement ?

Being local Government , they could also in fact seek a directive from the IRD as to the tax treatment in each proposed case .

Funny to see the council trying to avoid paying tax