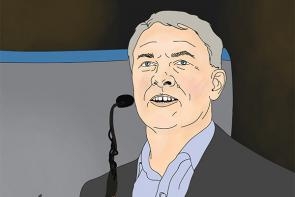 Auckland Council is one of the city’s biggest employers with over 10,000 full time equivalent employees and annual staff costs of $866 million.

But is the super city getting good value for money?

That’s the question the Auckland Council’s Appointments, Performance Review and Value for Money Committee is looking at as part of a review of the council’s Human Resource Management Services (HRMS).

It will look at human resource management, employee remuneration, payroll and recruitment and selection, training and development.

The terms of reference for the audit were approved last week and the actual review is expected to start next month. The final report and findings are expected to be delivered in August.

Figures released as part of the council annual report late last year showed the Auckland Council Group’s wages bill was up, along with the number of staff earning six figure salaries.

Auckland councillor Mike Lee isn’t a member of the Auckland Council’s Appointments, Performance Review and Value for Money Committee which is carrying out the review, but he says he’ll be watching with interest.

He says staffing costs are just one of the many areas where the council could rein in its profligate spending.

“The whole idea of the super city was we were supposed to combine our resources and have less people working more efficiently. That’s what Rodney Hide told us.”

But Lee says the end result has been markedly different.

“There’s been a significant increase in the number of staff. That’s one of the reasons why the council is now financially challenged and we’re now near our borrowing limit,” he says.

The former Auckland Regional Council chairman refers to the increase in employee benefits between 2016 and 2017 as an example.

But Lee says it’s not just staffing costs that are out of control.

“This council spends way too much on itself.”

However, a quick trawl through the council annual reports shows the Auckland Council Group’s total employee benefits bill has been increasing year on year for some time.

With the rapid growth in the Auckland Council Group's staffing costs over a number of years, coupled with its total debt topping $8,832 billion in the 2017/2018 financial year, maybe the latest review is timely.

Auckland Mayor Phil Goff, who is also the chair of the Auckland Council’s Appointments, Performance Review and Value for Money Committee, was unavailable for comment for this story.

wow over 2000 extra staff, 25% earning 100K and yet the service just gets worse and worse -- Labout controlled and led for these years -- same thing is happening already in wellington at government level -- not to mention 125+ working /review groups all funded by the taxpayers

ACC must be using the same staff model!

Always thought it ironic that Rodney Hide promoted a centralised, cumbersome monster, given his so called libertarian philosophies, central to which is decentralisation and localism.

yeah... throw in his perk busting turnaround when he took his girlfriend on an overseas junket... and you'd have to say he had a libertarianism identity crisis...
Maybe deep down he realized he was just another politician.....
A Super city... all in the name of "efficiencies".... he said.

Libertarians like to talk up their principles, like any ideologists.... Well, have you heard Seymour talking about protecting the character of Epsom? So much for Houston style removal of zoning.

Indeed, we have an abundance of faux-capitalist / libertarian folk and very few ideologically consistent ones.

Epsom is surprisingly dense; from memory it was the third most dense electorate in the country at one point.

ROFL. They do keep voting for ACT..

Probably better to think of the Super City as John Key's greatest achievement.

Rodney Hide was just doing a job for perks.

... back in the day , the council just stuck to the basics : making sure the poo pipes worked pooperly , the fresh water ran well , the rubbish was picked up , and the library full to the gunnels with madly exciting and uplifting books ....

And the annual rates bill was a fraction of what it is now ...

... Goofy and his mates have their snouts firmly stuck in the gravy train ..... Len Brown isn't looking quite so bad now , with the benefit of hindsight !

This all sounds very similar to the explosion in Dublin Council’s staff and operating costs between 2002 and 2007. Riding the wave of rising credit growth.

Ha ! Value for money committee, all I get is more invoices...

Why is he only doing something about it now ?

It also runs over 800 vehicles, likely the biggest fleet in the whole country and God only knows where they park 800 vehicles .

And, it should be noted the Council does not run a single Bus or refuse vehicle , or parks vehicles , those 800 vehicles are mostly expensive recent model sedan and SUV 's

Well its those terrible gravel roads in our city , and besides the staff may need to drive on Muruwai beach when they go fishing on weekends.

Our city is a profligate disgrace, and we just suck it up and pay the rates .

didn't realise they have a lot of SUVs, seems a bit hypocritical when the council is talking up all things sustainable

They talk the talk and drive the walk.

Given that its a Boatman rant, A large pinch of salt may be necessary.

On the topic of sustainability, why does the council say we need more cycle lanes, carbon reduction targets etc while allowing people to build at the water's edge in places such as Orewa and Omaha?

Good god we have some incompetent civic leaders running this country. How on earth did we get to this point?

And one of the SUV's can be seen regularly during working hours outside the Altura coffee shop / restaurant in Rosedale .

It seems some council staff have VERY flexible working arrangements

10k employees? that's 1 for every 37.5 houses. That's complete nuts. It should be one for every 400! How on earth do they determine staff numbers? Guess? Have a lolly scramble. I'm blown away.

So the council is conducting a review of itself. Bet it will find it's doing a great job and that its staff are underpaid and overworked. Then its grossly overstaffed public relations department will tell us how lucky we are to get such great value for money. Why not an independent audit, comparing the council to ones around the world with a similar population to serve (and I use serve with some irony). Even better, compare staffing levels with private institutions with similar revenues. Do we really need Ateed, Auckland Transport and Watercare as CCEs, with many overlapping staff roles?

It was all about socializing the losses of leaky buildings in the old Auckland city across the wider region. Imagine Auckland rates costs to cover leaky lawsuits without the extra headcount to cover it.

Hi Stephen Forbes. Can we get some data of staff numbers for international cities for comparison? cheers

Seattle 2017. 16,263 employees for a population of 700,000. But that includes Police, Fire, Courts among other areas that are centralized in New Zealand.

Must be an election coming up, the council is pretending to care.