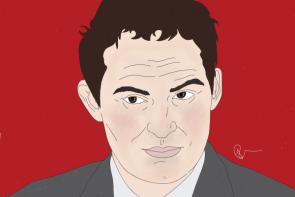 The government stated in February that it was looking at introducing a digital services tax of 2-3% which would bring in $30 to $80 million a year.

EU finance ministers at their Ecofin meeting in Brussels on Tuesday voted to suspend their proposed digital services tax until 2020, subject to further work by the OECD. According to reports they couldn't reach an agreement on the tax despite months of talks, as the Nordic countries and Ireland remain opposed to it.

But Nash says it won’t affect the government’s plans here.

He says the government is continuing to work with the OECD to reach a broad international consensus on the issue. But last month it agreed to introduce an interim digital services tax in the meantime to help ensure multinationals start to pay their fair share.

Nash says a number of other countries are already looking at similar policies, including Australia, France, Germany, Italy, Spain, Austria, the UK, and the US.

“As the global economy has become more digitised, tax systems have not kept up with these changes. This means that currently some digital companies can do significant business in New Zealand and other countries without being subject to paying tax on the income they earn.”

He says it represents a gap in New Zealand’s tax system which the government is keen to address.

“For a number of years the New Zealand Government has been engaged at the OECD on developing a framework to tackle the tax challenges arising from the digitalisation of the global economy. While we have made considerable progress, there are still gaps,” Nash says. “NZ’s preference remains an OECD-agreed solution, and it continues to work within the OECD, but the discussion document will canvass opinion on an interim solution.”

According to Prime Minister Jacinda Ardern coming up with an internationally agreed upon digital services tax via the OECD could take three to four years and due to the potential for such delays the government isn’t prepared to sit around and wait.

Nash says the government’s discussion document will be released in May, but any legislation to introduce a digital services tax won’t be passed until next year.

... because the NZ government charges them GST. The way to level the playing field is not to charge foreigners GST (which they may or may not comply with), but to stop charging GST to our own businesses so they can be globally competitive.

Instead charging a financial transaction tax, having the banks act as an agent on behalf of the IRD?

"Everyone else has one, we should too!" - reasons to adopt a Capital Gains Tax
"Who cares if other countries are abandoning a digital services levy?" - The same party.

You couldn't make this up.