Gareth Morgan closes his wallet on TOP, as the party rejects his top-down approach

Gareth Morgan closes his wallet on TOP, as the party rejects his top-down approach 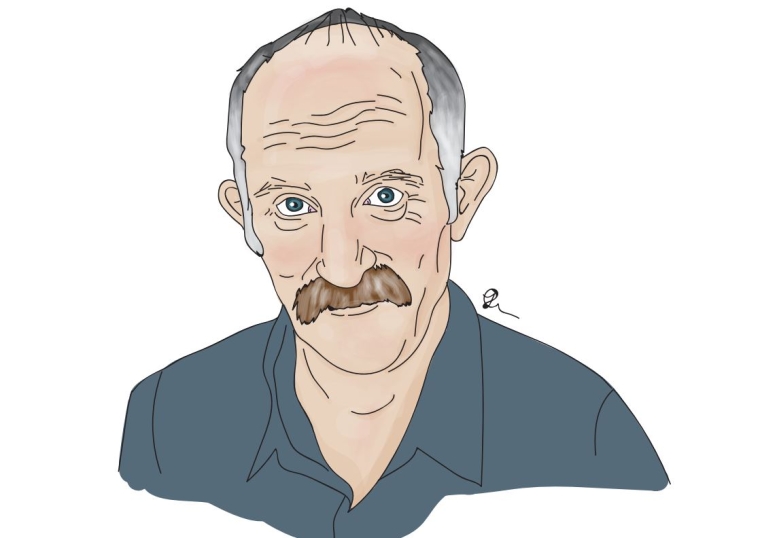 Gareth Morgan is saying, “Bugger that” to trying to convince people to vote for The Opportunities Party (TOP), and leaving politics altogether.

He has pulled his funding from the party, which he has spent about $4 million on since setting up in 2016. He has also resigned from his position as Chair of its Policy Committee.

While Morgan doesn’t know whether the party, which is currently reliant on smaller donations, will survive, Leader Geoff Simmons is confident in its future.

Simmons wouldn’t comment on the state of its finances, but says it will disclose more on what it has and what it needs in May.

He is currently the party’s only full-time employee. It has only ever paid three part-timers in the past.

At the heart of Morgan’s departure is the fact he, or as he puts it – a “tightknit group of people” – are no longer running the party.

He likens TOP to a “club” or “grassroots movement” like the Green Party, where members who “know bugger all about policy” are too involved in calling the shots.

The party went through an on-again, off-again phase during the middle of last year, after which time Simmons was appointed Leader.

His position was affirmed in November when members voted in an election to select a leader and board members. This was despite Morgan throwing his support behind a newcomer in her mid-20s, Amy Stevens.

Simmons acknowledges Morgan’s entrepreneurship. He says Morgan ran the party like a start-up, but it’s now in the phase it needs to operate as a sustainable organisation.

Simmons says the party can’t operate under a top-down approach. It needs a modern management structure where power is devolved down.

“That’s why Gareth sold his businesses,” he says.

Throwing a few million dollars towards TOP wouldn’t break the bank for Morgan, yet he says, “I don’t like wasting money”.

Morgan says he and Simmons see eye-to-eye on policy, but not politics.

While Morgan believes he “says it as it is,” he maintains Simmons is a “far nicer person”. Morgan says Simmons understands policy, is a good communicator, and more user-friendly.

For example, the “lipstick on a pig” remark Morgan made before the 2017 election wouldn’t be one to leave Simmons’ lips.

Yet Morgan criticises Simmons for avoiding conflict, pointing out a “limp-wristed” answer he gave to a question about the fate of cats in a media interview.

Challenged on whether his aggressive style is what the public wants, Morgan says politics takes money and noise.

Those who were offended by his lipstick on a pig comment were “waiting for something to take offence to”.

Ultimately, Simmons says it was a matter of “when, not if” Morgan was going to walk away from the party completely.

Morgan in July told interest.co.nz he was happy to fund TOP, but its leader would be “personally liable” to him if they didn’t implement his policies.

And from the moment he established TOP, Morgan said he never really wanted to be in politics.

He in May 2017 told interest.co.nz his goal was only ever to put policies on the table for anyone else to pick up.

“Mine was a once only, take it or leave it policy,” Morgan says.

“I’m just happy to have my life thanks. I was never going to spend too much time on this.”

Morgan says “you get the politicians you get” because they’re career politicians.

Simmons is pitching TOP as a “Winston-style centrist party” that’s happy to work with parties from across the political spectrum.

He notes National is looking for a partner. Asked whether he’s talked to National more in recent times, he says the party has been “more receptive” than it was in the past.

Good call, I must say. TOP is just the Greens with some extremely quirky economic ideas sprinkled on top. Never going to get 5% or an electorate seat. And the more prospective voters find out about TOP’s tax ideas, the worse it will get. I knew Gazza was too shrewd to keep throwing good money after bad.

Who knows what this party stood for? 2.4% must be the % of lazy people who dont like cats.

"Yet Morgan criticises Simmons for avoiding conflict, pointing out a “limp-wristed” response he made to a question about the fate of cats in a recent media interview. "

Just another example of why Morgan is not cut out to be in politics. He didn't have to use the term"limp-wristed", but he did, either because he isn't aware of it being a derogatory term of gay people or if he is aware, he doesn't care and its other people's fault for being offended or finding his language off-putting. Similar to his "lipstick on a pig" comment which people misinterpreted as referring to Jacinda as a pig.

But the thing is, society as a whole does now view those terms as offensive and not correct for political discourse from people who want to lead the country. Morgan doesn't have to like it but he does have to lump it. It's pretty much the same thing for why you will never hear any US politician referring to black people as "coloreds" - society and language has moved on and now deems that to be an offensive term.

Gareth just hasn't caught up to the zeitgeist and politics is a sphere where you can't be too far out of commonly accepted language or you'll be demonised for it.

Limp wristed has far far wider meaning than just gays, and gay is not the first thing that comes to mind when I hear the phrase. Nor do I consider it an offensive term. I think you are showing your biases more than Gareth's.

From Oxford English dictionary, the singular definition given:

But please tell me this "wider meaning".

Limp wristed is what John Key was when he tried and utterly failed to hit the nail into the political hoarding.
The lipstick on a pig comment disgusted me by how far out of context the media would take something just to destroy someone because they can.

No, Key was cack-handed when he tried to hammer the billboard. He was limp wristed when he minced down the cat walk.

I don't think the media specifically took it out of context, I think people hearing it did. I don't recall any articles at the time equating Jacinda with the pig.

"Sure but it's pathetic isn't it?All that matters is policy.Jacinda should be required to show she's more than lipstick on a pig.Will she be?"

Gareth stated rather directly that she was the lipstick... at least that is how I understand the above quote. Whether he said she was the lipstick or the pig is somewhat secondary to the fact that he used this analogy specifically in reference to Ms Ardern...

A lot of money and a lot of talent was not enough. Too much too soon with concern to policies I would suggest. The old story about the wisdom of old bull walking slowly towards the cows, comes to mind.

And now we are likely back to the old duopoly system of Lab +Green vs Nat + their Act lapdog, with a couple of irrelevant extras as a distraction. Although after ACTs last showing will national even bother giving them a free pass in Epsom anymore?

They should change its name to The Flopportunities Party.

Bwahhh! Good on ya Greg

Gareth has just thrown his toys out of the cot because silly us didn't realise how brilliant he is in his own mind. Might be worth reading up on Top ideas, no Gareth is not about antagonise everybody. It wasn't worth spending the time before.

TOP was just about a rich guy who could readily afford to spend $4 million to create a so called political "party of one" to push his at times eccentric view at the time. Never really interested in either other people's views or a consensus. Unsurprisingly, he soon tired of it all when he had to deal with the minions who to him sadly believed in democratic principles.
If Gareth had ever made PM he would have made Donald look like a pussy cat (with implication intended).

Social Credit round two, you reckon?

A vanity exercise leaving zero legacy. At least we found out he is totally unsuitable for any form of public office.

Good riddance if you ask me (as a TOP member). Sure, the Morgan money would be useful but the guy had too many toxic elements - his departure yet another example. I also understand Sean Plunket isn't involved either, so that's great too, in my opinion. If they've dropped the stupid cat policy to focus on serious ecological policy, as well as good economic ideas (the Greens are too much into SJW outrage these days), then I'll become a regular donor. It's not for everyone, especially people who have capital like me......but we have an awful lot of people in NZ who have NO capital at all...and would get an income tax break. I think it's a go.

If it wern't for the cat issue , would they have got any mainstream media coverage at all ?

The problem is Gareths good idea has attracted a lot of grassroots support and being that the party is aiming to be different from the current lot, the supporters and membership don't neccessarily want a demigogue running the party either. Thanks Gareth, we'll take it from here!