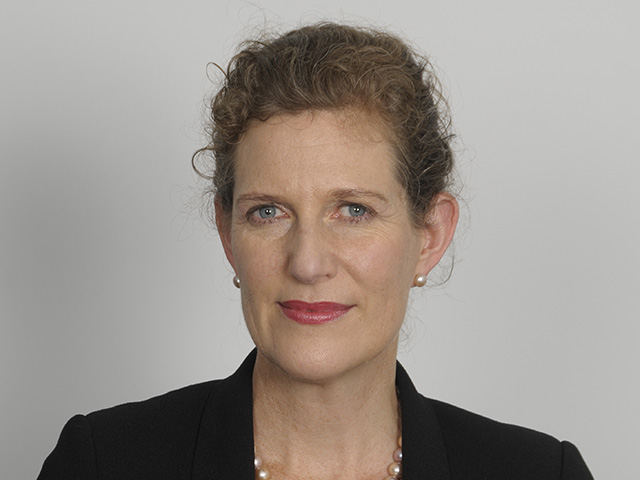 The country’s intelligence agencies are broadcasting their concerns over other countries medalling in New Zealand’s elections.

The New Zealand Security Intelligence Service (NZSIS) and Government Communications Security Bureau (GCSB) spoke out about foreign interference on Thursday, during a presentation to the Justice Committee.

The Committee is looking at foreign interference as a part of an inquiry it’s doing into the 2017 general election and 2016 local elections.

NZSIS Director-General of Security, Rebecca Kitteridge, told media after the briefing: “What we do see is foreign interference activity in New Zealand from a range of actors.

"And that is through a range of vectors, including some concerns that we’ve had about political donations being made by state actors where the origin of those donations has been unclear."

“To that end, I intend to write to all party leaders offering protective security briefings to MPs,” she said.

Justice Minister Andrew Little has until this point not supported calls from the Greens and some members of National to ban foreign donations.

The Justice Committee will report back to him on the matter once it completes its inquiry. The public can make submissions until April 26.

Another way Kitteridge had seen interference was through other countries manipulating expatriate communities in New Zealand.

“Some states engage overtly or covertly with their diaspora as a means to achieve strategic aims,” she said.

“NZSIS is aware of efforts by foreign states to covertly monitor or obtain influence over expatriate communities in New Zealand.

“Shared culture, language or familial connections can facilitate this. Ongoing family ties in the foreign state can be leveraged to suppress unwelcome political or religious activity.

“Foreign language media is another way through which expatriate communities or diaspora populations can be influenced or mobilised towards particular issues, including issues relevant to elections.”

Kitteridge clarified to media there were examples of foreign language media in New Zealand being influenced by state actors.

In terms of cyber-enabled interference from other countries, GCSB Director-General Andrew Hampton said his agency didn’t see this in the 2017 general election.

However he made the point to media that the more electronic systems are, the more susceptible they are to interference.

He accordingly expressed his opposition to online voting.

“I’m not going to say we will never be in a position where we can endorse electronic voting, but at the moment the risks are too high.”

Hampton in his presentation went on to say: “To date, New Zealand has not been the direct target of widespread state-backed disinformation or mal-information campaigns.

“But members of the New Zealand public are highly likely to encounter them, such is the international nature of online content.

“The role of intelligence and security agencies in responding to disinformation, or “fake news” and social media manipulation is potentially very fraught as it could be perceived as interference in political debate, individuals’ freedom of expression or privacy.

“Our agencies’ role is therefore limited in this area and conservative. We do not have the legal authority, technical means, or indeed the social licence to monitor all of the country’s internet activity.

“However, if we receive reporting from security partners, political parties or the public, that suggests a state sponsored disinformation or malinformation attack is afoot, we would assess it for further investigation.”

I like the way they would not name a certain country but without naming it we all knew who they meant.
also I wonder if they are watching the two party members (one on each side) to see what they are trying to influence from the inside

Yeah, it's funny how much 'beating around the bush' their is when dealing with this unnamed 'foreign state'.

“NZSIS is aware of efforts by foreign states to covertly monitor or obtain influence over expatriate communities in New Zealand. Shared culture, language or familial connections can facilitate this. Ongoing family ties in the foreign state can be leveraged to suppress unwelcome political or religious activity.

"Foreign language media is another way through which expatriate communities or diaspora populations can be influenced or mobilised towards particular issues, including issues relevant to elections.”

I wonder what foreign state(s) the NZSIS are elluding to in particular?

So we expect to bring tens of thousands of people into the country from foreign nations, and then are surprised when they are influenced by their own histories and cultures....sorry NZSIS is called multiculturism and if you don't like it your a bigoted rasict or did you not get the memo. Nation of foreigners and foreign influence are a package deal.

Everyone thinks NZSIS and GCSB referred to China.

But actually, they referred to Israel and international corporations influences to the USA and US mainstream and social media.

I can always trust you Xingmowang for a laugh - keep it up!

Well, you obviously have never heard of Cambridge Analytica's use of Fackbook data to influence voters behavior and choice in the last US presidential election, and successfully influenced the Brexit referendum results.

Obviously, you have never heard of Soro's Open Society Foundations and its investments in many high tech companies for the purpose of influencing public opinions and therefore political elections.

Ask yourself a question: what do my opinions on any issues come from? Are they from you originally? Or, are they actually produced by media?

Everyone seems to do it to some extent or another, the only difference seems to be how blatent the backers of each different entity are. China gets a lot of the blame as it's actions seem to stem mostly from the government, it's a bit murkier with Soros and Cambridge.

Who needs foreign influence when we have Hosking & Hawkesby.

LOL they even have their arguments online now, even she finds his arguments as nonsensical
Kate Hawkesby: No Mike Hosking, not all people who can't find work are lazy
https://www.nzherald.co.nz/nz/news/article.cfm?c_id=1&objectid=12221221

And so completely impromptu. Snigger.

Interesting statements from one Ross on this matter:

Ross asked Kitteridge whether the SIS had ever raised concerns in briefings to ministers or the leader of the opposition over "specific individuals" posing a threat to New Zealand's interests in an election or political environment.

"You're asking a kind of hypothetical question, but what I can say is that in this area we've provided briefings, as we're required to do, to both ministers and the leader of the opposition across this area of concern," Kitteridge responded.

Ross then asked if the leader of the opposition (Simon Bridges) was basing comments he made on May 14 last year following an event where discussions centred on a desire by the Chinese community to have a Member of Parliament appointed as a minister in a future government on intelligence he received.

"He said to me 'I can't do it because basically the spooks are telling me he's a Chinese spy'," Ross said.

Certainly raises interest as to whether they were discussing Jian Yang, especially given how he has been kept out of the limelight and away from questioning press since his misrepresentations in his citizenship application were brought to light.

I find Adern's total refusal to acknowledge the problems that Ann Marie Brady has faced from the Chinese as totally disgusting. It totally undermines the sincerity of her display of sympathy for the mosque shooting victims. Sympathy that they totally deserve, but why is she ignoring Anne Marie Brady's victimization.

Because Brady has no evidence that it was China - all evidence is circumstantial. It would be a foolish Government to accuse another without concrete evidence.

Telephone calls and threats? If it looks like a dog, smells like a dog, it is a dog.
If they had been successful in killing her and her family after they had tampered with her car brakes, then her family might be no less dead than the people on the mosque floor. If these sorts of things were done today to a member of the Muslim faith would Adern and the police be so dismissive?

How long does one needs to have moved from the UK to NZ to not be considered "expatriate"?

How long does one needs to have moved from the US to NZ to not be considered "expatriate"?

The recent NRA (a US based organisation) responses towards the gun law change here is technically not led by a state, it is however an organisation with significant influence on US politics and relationships with US politicians.

No "foreign language" is involved (unless one is to nitpick on spelling convention etc).

Foreign interference is being diplomatic as should have been China interference but is too late as under national the process had started long time time back.

The country’s intelligence agencies are broadcasting their concerns over other countries medalling in New Zealand’s elections.

Are foreign countries giving out medals? Doesn't sound that bad.

I actually welcome a bit of input from diverse locations. I do suspect though that this is "boomer" tier concern. The odd meme and some edgy comments are hardly going to make much difference. Either Labour will win or National will so outcomes are not too much of a concern.

It seems to me that this is just building arguments up to sanction Internet censorship and curtail free speech.