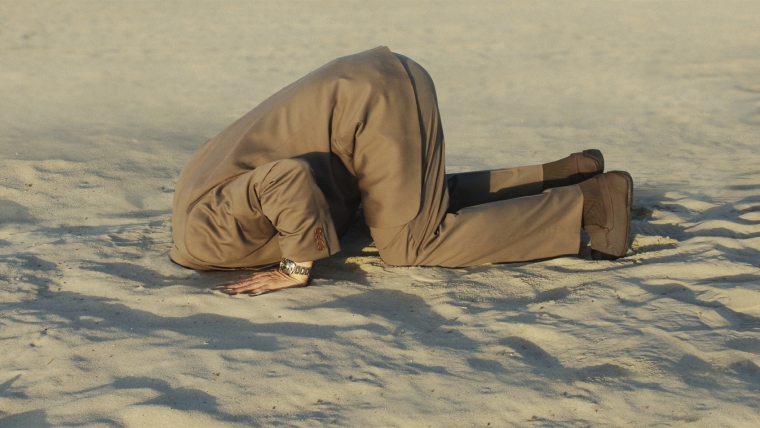 The issue of deceptions is starting to raise it head with New Zealand primary export industries. The only recent example (that I’m aware of) to reach the level where it has gone to prosecution has been the case of the adulterated manuka honey.

The company, Evergreen Life, has been in the news as far back as 2016 for food recall for similar incursions into adding illegal substances to honey to increase its value.

The lack of any substantial fine obviously encouraged them to persist with the profitable approach; however, after getting substantial proof from a “whistle blower” this time Evergreen Life ended uo in the law courts, were found guilty and unfortunately from their perspective had a judge who, correctly, took a very dim view of the practice and fined the company and manager in total $370,000.

All (honest) producers and processors of our primary products will have welcomed the courts response which is certainly not out of balance.

New Zealand products receive a premium internationally for the very fact that they are produced in a safe and healthy environment and processors have to jump through all sorts of hoops satisfying the regulatory bodies which in turn reassures our export markets. The costs involved can only be justified by receiving premiums, so this prosecution has to be seen as a timely warning to those yet to be caught.

Unfortunately, there are plenty of rumours of other exporters of “New Zealand Pure” products who are exploiting New Zealand’s reputation and supposedly importing products from over seas at cheaper prices than the same products can be obtained locally, and then with very little ‘transformation’ re-exporting to markets prepared to pay a premium for New Zealand branded products.

These practices as occurred with the honey case put our respective industries at risk and must be outed.

MPI in this case got a good result, no doubt as a result of good evidence from the whistle blower. However, I’m aware of others where they have been alerted to possible fraudulent activities, but they have chosen not to follow them up.

They have the powers to go on to sites and request information of where product is coming from which the average kiwi does not and so we rely upon them to be more pro-active in their approach.

New Zealand has enough threats to its export markets from outside of the country without having to contend from threats within.

Deceptions have also been in the news for other reasons. Hell Pizza just completed a new special with burger pizzas. The catch (or deception) was it was made with Impossible Burgers, i.e. the plant-based burger. Judging by some television reactions not everyone appreciated being used as guinea pigs for Hell Pizza's benefit. It is not as though the Impossible Burger is a benign food as it contains far more additives than conventional meat burgers and at least one source considers them distinctly unhealthy.

Another source which is a little more agnostic does highlight the fact that several of the additives are genetically modified organisms (GMO’s). Given that many of those who select the plant based foods over natural (real) meats are doing so for health as well as environmental reasons this knowledge may not go down well.

Completing the masquerade that accompanies this particular product the Impossible Burger company requires (at least in the USA) supermarkets that wish to stock it, and there is no denying it is gaining in popularity, must display it on the meat shelves.

This deception of products continues across the plant based ‘milk’ ranges. Why a country that relies upon the reputation of its food products to stand unchallenged with milk beggars belief.

Back in 2017 the EU passed regulations saying that vegan alternative dairy products cannot be sold using dairy names such as butter, cheese and milk and presumably ice creams and yoghurt. The New Zealand government seems reluctant to go down this pathway and in an article last year Food Safety Minister Damien O'Connor said it would be a big challenge to change the labelling. "I can understand the concern and share their passion to protect the integrity of milk, but we've had alternative products like soy milk in the marketplace for a long time."

"Ultimately we've got to brand our products as from New Zealand and from systems that deliver the nutrition consumers expect, backed by sound animal welfare, environmental and labour systems," O'Connor said.

Come on Minister “a big challenge”, how difficult can it be?

An area of concern is that it is becoming increasingly obvious that these products are not as good a source of nutrients and vitamins as the real product and if people are providing these to children in the belief they are providing a complete diet they are sadly wrong.

It is also now revealed that environmentally New Zealand based pasture milk products have a smaller footprint and water demand.

Surprisingly, Food Standards Australia New Zealand, which oversees labelling, said it had not been asked to consider any changes to the Food Standards Code. Surprisingly because there have been plenty of headlines on both sides of the Tasman calling for just that.

if we are going to have a blitz on food safety we could add this statement to all relevant supermarket packaging
“The World Health Organization has classified processed meats – including ham, salami, bacon and frankfurts – as a Group 1 carcinogen which means that there is strong evidence that processed meats cause cancer. Red meat, such as beef, lamb and pork has been classified as a 'probable' cause of cancer.”

But in NZ Vegetables are New Zealanders' largest source of nitrates, and a major source of nitrites. However, the benefits of eating vegetables outweighs any risk, particularly because processes such as washing, boiling, and steaming will significantly reduce levels. Some countries – including those in Europe – have set limits for nitrate levels in specific vegetables. New Zealand has no set limits for vegetables, but spinach and lettuce tested were within European limits. https://www.mpi.govt.nz/food-safety/food-safety-for-consumers/whats-in-…

According to WHO smoking, alcohol consumption and even breathing in air, is riskier.
12. How many cancer cases every year can be attributed to consumption of processed meat and red meat?
According to the most recent estimates by the Global Burden of Disease Project, an independent academic research organization, about 34 000 cancer deaths per year worldwide are attributable to diets high in processed meat.
Eating red meat has not yet been established as a cause of cancer.However, if the reported associations were proven to be causal, the Global Burden of Disease Project has estimated that diets high in red meat could be responsible for 50 000 cancer deaths per year worldwide.
These numbers contrast with about 1 million cancer deaths per year globally due to tobacco smoking, 600 000 per year due to alcohol consumption, and more than 200 000 per year due to air pollution.

Ok, but sauce for the goose is sauce for the gander, every food should state a risk assessment...Coke, Cornflakes, Avocado...
Otherwise it my appear we are politicising food, some are declared unhealthy while others are unmentioned..

Food has always been politicised....;-)

next thing they'll be saying we'll have to invent a new name for coconut milk.

Careful now the Welsh could be the next big honey fad. BBC article: Welsh honey 'as potent as Manuka' found in new drugs hunt.
https://www.bbc.com/news/uk-wales-34965010
Quote: They uncovered a honey in Gwynedd "as potent" as New Zealand's famed Manuka.

A point of order - Hell used Beyond Meat patties, not Impossible Meat. Similar concept, but a different product. I can confirm it was quite delicious, and I'm very much looking forward to these products being more widely available and priced comparably to red meat (and hopefully far cheaper eventually).

At the Primary Industry Summit this week a common theme from the primary sectors was why does it have to be animal protein OR plant based food? Why can't it be BOTH? Neither one on it's own, will be capable of feeding the world's predicted population.

No problem with animal protein being part of the picture, I still eat meat but we don't buy it for the house (although I do trade for hunted meat occasionally). I do, however, think it's pretty clear that the 'optimal' level of meat consumption is quite a long way below what the average New Zealander puts away. I know too many people who feel a meal is incomplete if nothing has died to produce it. Meat should be a treat.

Great effort troops.
How about we drive the importance of sufficiency in the gardens and sustainability in the farming operations.