Despite the latest truce between the US and China, the world is in a dangerous phase of great-power competition. Smaller powers such as European and Pacific-Rim countries stand no chance of fair and open trade unless they form a united front

Despite the latest truce between the US and China, the world is in a dangerous phase of great-power competition. Smaller powers such as European and Pacific-Rim countries stand no chance of fair and open trade unless they form a united front 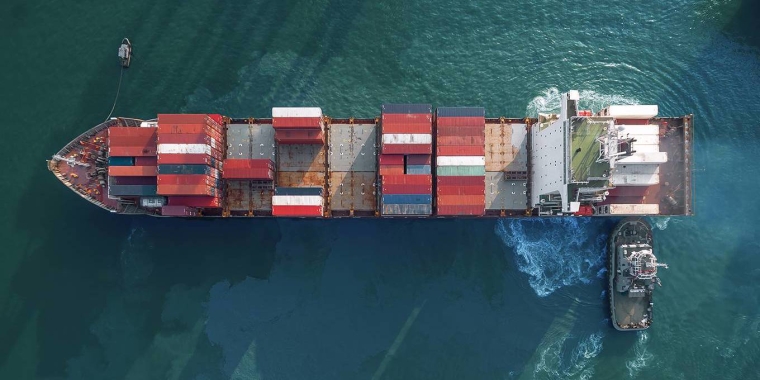 Thanks to the efforts of Japanese Prime Minister Shinzo Abe, the recent G20 summit in Osaka avoided the worst possible outcomes.

That counts as a victory in the age of US President Donald Trump.

Among other things, G20 leaders issued a final communiqué affirming the importance of free and open trade.

And on the sidelines of the summit, the United States and China agreed on a trade-war armistice, while the European Union announced the signing of new free-trade agreements with Vietnam and the Mercosur bloc (Argentina, Brazil, Paraguay, and Uruguay).

Nonetheless, the underlying sources of global economic uncertainty remain. Until the Sino-American conflict is resolved, commercial and trade flows will be at risk of political disruption. In order to avoid becoming collateral damage in the new great-power struggle, Japan, the EU, Canada, Australia, Malaysia, and many others are coming together to protect their interests and the international trade system. Each has acknowledged that the most important issues in global trade are regulatory, concerning not tariffs but investment protections, subsidies to state-owned enterprises (SOEs), intellectual-property (IP) and environmental protection, open public tendering, e-commerce, and data flows.

A recent study finds that countries in the Comprehensive and Progressive Agreement for Trans-Pacific Partnership (CPTPP) and the EU-Canada Comprehensive Economic and Trade Agreement (CETA) have already converged on most of the major regulatory issues. But as countries that largely rely on active diplomacy and soft power, they have everything to lose from a prolonged and escalating geopolitical conflict in which they would come under pressure to choose sides. To defend their interests, they must ensure that global trade is subject to objective dispute-settlement mechanisms.

A commitment to multilateralism is not an endorsement of the status quo. CPTPP and CETA member states recognize that the global trading system has problems, including incomplete or outdated rules that fail to account for issues such as subsidies to SOEs. But they also know that bilateralism – small countries trying to negotiate on equal terms with superpowers – is not an option. The answer, then, is to restore balance and trust to the multilateral trading system, by forging a new partnership between the EU and the CPTPP countries.

A Euro-Pacific Partnership between the EU and CPTPP would represent 31% of world GNP and 40% of all trade, giving it substantial leverage to establish common principles and standards for global trade. This objective is well within reach, given that the EU now has trade agreements with almost every country in the CPTPP, including Vietnam. Moreover, a new partnership would not require a new trade agreement, but merely a consolidation of existing agreements.

The reasons for forming a Euro-Pacific Partnership are as much political as economic. Those countries that remain committed to multilateralism need to send a strong message that they will defend the liberal values and institutions that other countries have abandoned or declared obsolete.

Hence, while a new partnership could start with the EU and CPTPP, it must remain open to all countries, provided they accept certain rules and principles. Membership, in turn, would serve as an insurance policy in the event of a renewed Sino-American conflict. We now know that a trade and technology war can have far-reaching consequences for the global economy. Those who insisted that protectionism was impossible in a world of global value chains were wrong.

Our proposed partnership would be based on the following 12 principles:

1.      Recognition of the World Trade Organization as the central forum of the global trading system and the main platform for settling disputes.

2.      The clarification, deepening, and modernization of rules in the priority areas of government subsidies, the role of SOEs, and enforcement of IP protections.

3.      The development of new rules related to e-commerce and data transfer in the spirit of the Osaka Track, adopted by 24 signatories at the G20 summit to formulate a digital governance framework.

4.      The guarantee that foreign investment and market access are safe, even as states retain the freedom to determine their own public policies.

7.      Respect for fundamental rights and freedoms, including freedom of association.

8.      The possible establishment of a modernized joint dispute-settlement mechanism, in line with WTO principles.

9.      Regulatory consistency between the EU and the CPTPP countries.

10.  The establishment of a mechanism for regular high-level political consultations among EU and CPTPP countries.

11.  The creation of working groups in all sectors where common or harmonized positions may advance member economies’ joint interests.

12.  The will to build an area of peace and prosperity, free from geopolitical competition.

These principles alone will not save multilateralism. But countries still committed to that ideal must forge a new path forward. Following the G7 summit in France next month, the hope is that the EU, Japan, and Canada will endorse and define the precise modalities of a new partnership by the end of 2020. It is time for multilateralists to put their collective foot down in defense of their principles.