Stephen Roach says trade truce or not, a protracted Cold War-like conflict between the United States and China has already begun. That should worry the US, which, unlike China, is devoid of a long-term strategic framework

Stephen Roach says trade truce or not, a protracted Cold War-like conflict between the United States and China has already begun. That should worry the US, which, unlike China, is devoid of a long-term strategic framework 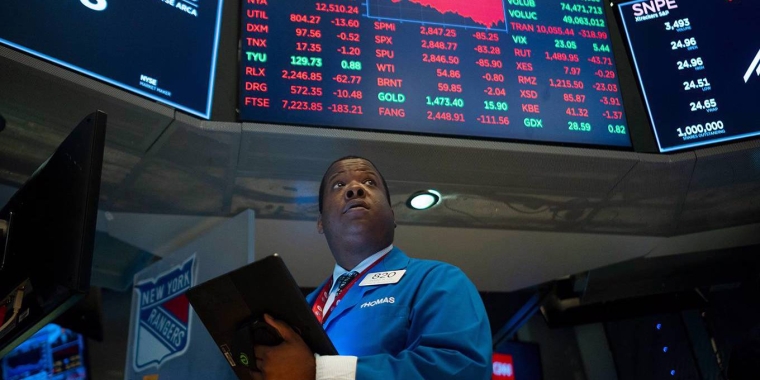 For the last two years, the conflict between the United States and China has dominated the economic and financial-market debate – with good reason. After threats and accusations that long predate US President Donald Trump’s election, rhetoric has given way to action. Over the past 17 months, the world’s two largest economies have become embroiled in the most serious tariff war since the early 1930s. And the weaponisation of US trade policy to target perceived company-specific threats such as Huawei has broadened the front in this battle.

I am as guilty as anyone of fixating on every twist and turn of this epic struggle between the world’s two economic heavyweights. From the start, it has been a political conflict fought with economic weapons and is likely to remain so for the foreseeable future. What that means, of course, is that the economic and financial-market outlook basically hinges on the political dynamic between the United States and China.

In that vein, the so-called phase one “skinny” trade deal announced with great fanfare on October 11 may be an important political signal. While the deal, if ever consummated, will have next to no material economic impact, it provides a strong hint that Trump has finally had enough of this trade war. Consumed by domestic political concerns – especially impeachment and the looming 2020 election – it is in Trump’s interest to declare victory and attempt to capitalise on it to counter his problems at home.

China, for its part, would also like nothing more than to end the trade war. Politics is obviously very different in a one-party state, but the Chinese leadership is not about to capitulate on its core principles of sovereignty and its aspirational mid-century goals of rejuvenation, growth, and development. At the same time, there can be no mistaking downward pressures on the economy. But with Chinese policymakers determined to stay the course of their three-year deleveraging campaign – an important self-inflicted source of the current slowdown – they should be all the more eager to address the trade-related pressures brought about by the conflict with the US.

Consequently, the political calculus of both countries is coming into closer alignment, with each looking for some face-saving truce. There is always a risk that other complications will arise — recent events in Hong Kong and revelations of developments in China’s Xinjiang Province come to mind. But, at least for the time being, the politics of the trade war are now pointing more toward de-escalation rather than a renewed ratcheting up of tensions.

If that is the case, and if a phase one accord is reached, it behooves us to ponder what the world will look like after the trade war. Several possibilities are at the top of my list: deglobalisation, decoupling, and trade diversion.

Deglobalisation is unlikely. Like the first wave of globalisation that ended ignominiously between World War I and the Great Depression, the current wave has generated a mounting backlash. Populism is rearing its ugly head around the world, and tensions over income and wealth inequality – aggravated by fears that technological innovations such as artificial intelligence will undermine job security – are dominating the political discourse. Yet the climactic event that underscored the demise of the first wave of globalisation was a 60% collapse in world trade in the early 1930s. Notwithstanding the current political dysfunction, the odds of a similar outcome today are extremely low.

Global decoupling is also unlikely. Reflecting the explosive growth in global value chains (GVCs) over the past 25 years, the world is woven together more tightly than ever before. That has transformed global competition away from the country-specific paradigm of the past to a far more fragmented competition between widely distributed platforms of inputs, components, design, and assembly functions. A recent IMF study found that GVCs accounted for fully 73% of the rapid growth in global trade that occurred over the 20-year period from 1993 to 2013. Enabled by irreversible trends of plunging transportation costs and technological breakthroughs in logistics and sourcing, the GVC linkages that have come to underpin global economic integration are at little risk of decoupling.

Trade diversion is another matter altogether. As I have long argued, bilateral trade conflicts – even a bilateral decoupling – can do nothing to resolve multilateral imbalances. Putting pressure on one of many trading partners – precisely what the US is doing when it squeezes China in an effort to reduce its merchandise trade deficits with 102 countries – is likely to backfire. That’s because America’s multilateral trade deficit reflects a profound shortfall of domestic saving that will only get worse as the federal budget deficit now veers out of control. Without addressing this chronic saving problem, targeting China will mean pushing the Chinese piece of the multilateral deficit on to America’s other trading partners. Such diversion will shift trade to higher-cost foreign sourcing – the functional equivalent of a tax hike on US consumers.

Trade truce or not, a protracted economic struggle between the US and China has already begun. A cease-fire in the current battle is nothing more than a politically expedient pause in what is likely to be an enduring Cold War-like conflict. That should worry the US, which is devoid of a long-term strategic framework. China is not. That is certainly the message from Sun Tzu in The Art of War: “When your strategy is deep and far-reaching … you can win before you even fight.”

Agreed that balance of trade and tariffs are but a symptom of a far greater underlying tension. I am not picking a full mutually agreed trade agreement settlement anytime soon.
Having visited a range of Pacific Island nations, the inroads of China are quite apparent; for example, one can hardly miss the brand new Parliament Buildings on Port Vila skyline, or the relatively large - for local standards - shopping complex in Kiribati.
While no overt comment has been made for the reasons for the visits; Jacinda's and Scott Morrison's visits to Pacific Island countries neglected for the past decade or so is not co-incidental. Battleship diplomacy and flying the flag still exists - but Jacinda would have to be classed as a friendly-smiling-battleship.

Thanks to LGM-30 Minuteman III of the US, RS-26 Rubezh of Russia, and DF-41 of China, there will be no full scale hot war because it means the end of human civilisation.

The US is doing whatever it can right now, no matter how dirty, immoral, and disgusting, to stop China from returning to the No. 1 country in all aspects.

Trade war, finance war, tech war, supporting thugs in HK in the name of 'democracy', distorting information and smearing with rumours about Uyghurs in Xinjiang, supporting Tibet independence, supporting Taiwan independence, escalating situations in the South China Sea and trying to bring wars into Southeast Asia, creating conflicts between China and India over territorial dispute, and so on and so on.....

The US intention to threaten, weaken, unstabilise, and then to divide China is a pipe dream at best.

xingmowang - China much worst than apartheid Soouth Africa ever was. soon world will see China for what it is and introduce world boycott. NZ will p[lay a leading role.

Thanks for your amusement.

I only wish I could believe you. They haven't boycotted Saudi so not likely to boycott China. Neither Hitler nor Stalin were seriously trade boycotted.

South Africa was a minority oppressing a majority. China treats its minorities far worse than anything that happened in SA but even with Tibetans and Uighurs in the tens of million they still are minorities. And they will end up like indigenous Taiwanese (>2% of population after 400 years).

I bet you have never been to China and all your info on China was from CNN, BBC etc.

Hope you are able to pay a visit to China soon.

First part of your bet is just about true (a few days in Hong Kong many years ago) and the second just wrong. My interest was accidental and the little I know has been from Chinese acquaintances, academic papers such as "Violent Paternalism: On the Banality of Uyghur Unfreedom" by Darren Byler who is a lecturer in the Department of Anthropology at the University of Washington. However his article references and quotes many Chinese sources such as images posted by the Xinjiang Communist Youth League. And of course todays NZ Herald page A16.
I'm almost certain you have a deep knowledge and experience of China but Tibetans and Uighurs although numbered in millions are less than 1% of China's population - it is quite possible you have met none recently. I'm old enough to remember the apologists for Apartheid and they used the 'you have never been there' argument too. My parents remembered much the same about Hitler's treatment of Jews pre-war and his apologists.

Fair call. Historical analogies fail when inspected. In Germany the Jews were on average as economically successful as the average German; the Han have double the average income of China's muslim minorities. Jews were possibly better educated whereas Uighurs are mainly uneducated. Hitler believed he the head of a master race; I doubt Pres Xi is as deluded. Hitler was trying to exterminate Jews however integrated, even if they didn't know they were Jewish! The Chinese govt is trying to exterminate Muslim faith to prevent any possibility of the seperatism that occurred when the USSR disintegrated.

Only partly. The anti semitic persecutions were long standing in European history. Russian pogroms ,over centuries, particularly bad. England, just read Ivanhoe. So it was a deeply entrenched popular racist vein that Hitler could tap into and exploit, to capture, expound and proliferate, a national movement of hate and blame for all that had gone wrong. Essentially that was a very large part of the thrust and the vehicle that brought the Nazis to power.To boot, the seizure and theft of Jewish assets was not all that insignificant in terms of “financing” the new economy. Don’t think though, that the mainstream Chinese population has been ‘turned” into outright national hatred of those that their government are now persecuting?