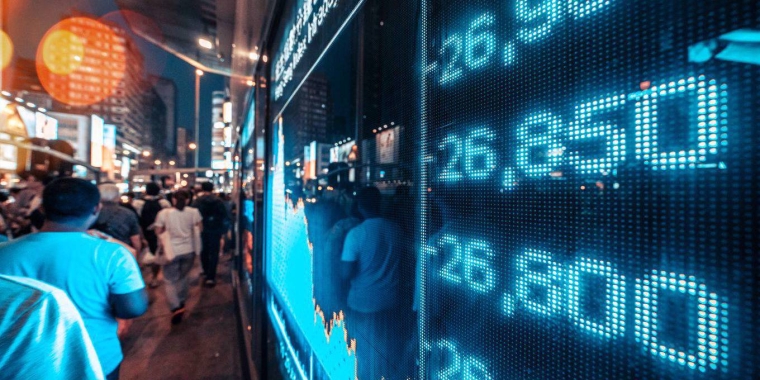 A new chapter has been written in the history of risk-free global interest rates. In a recent study, Paul Schmelzing of the Bank of England tracks global real (inflation-adjusted) interest rates over the period from 1311 to 2018. Despite temporary stabilisations during the periods 1550-1640, 1820-1850, and 1950-1980, he finds that global safe real rates have persistently trended downward over the past five centuries, and that negative safe real rates have steadily become more frequent since the fourteenth century.

In light of this historical record, Schmelzing questions the hypothesis, advanced by Lawrence H. Summers of Harvard University and others, that advanced economies are experiencing “secular stagnation.” Insofar as the secular-stagnation narrative “posits an aberration of longer-term dynamics over recent decades,” Schmelzing believes that it is “fully misleading.”

Some caution concerning Schmelzing’s empirical findings is warranted, however. The supposedly safe rates he catalogs may in fact include default risk premia that could vary systematically over time. The early inflation data are likely to be unreliable. And even if Schmelzing’s data provide an unbiased and reliable picture of real interest-rate developments since the fourteenth century, they have no obvious bearing on the plausibility of the secular-stagnation hypothesis for 2020 and beyond.

That hypothesis holds that the natural real rate of interest – the safe real interest rate consistent with full utilisation of labour and capital, stable inflation, and a sustainable current-account balance – has fallen to zero or negative levels for most advanced economies. One reason for this is a declining rate of potential output growth. Today’s weak potential growth is attributable to a variety of factors, including societal aging, de-globalisation (since the 2008 financial crisis), and possibly slower total-factor-productivity growth. Both the natural and the market rate of interest have been lowered by an increase in private saving propensities (which may reflect demographics, growing income and wealth inequality, and post-2008 balance-sheet deleveraging).

Moreover, today’s safe rates may have been further depressed by higher demand for safe assets, which comes partly from emerging markets and partly from changes in financial regulations and financial-sector norms since the 2008 crisis. The neutral real rate is at or below zero, nominal policy rates are at or near historically low levels (and often constrained by the zero lower bound), and inflation is low and apparently impervious to central banks’ efforts to push it up decisively. As a result, the market real rate now exceeds the neutral real rate, or will do so in the next cyclical downturn.

Whenever that comes, it could result in a stagnationary equilibrium, as economic activity and realised private saving fall to match weak private investment. Depressed aggregate demand, activity, and employment could further weaken potential output, driving the neutral real rate even lower. In an inversion of Say’s Law, a lack of effective demand can create its own lack of potential supply. Asset booms and bubbles can artificially and unsustainably prop up aggregate demand. These are driven by risk denial and a desperate reach for yield, itself in part a product of central banks’ long reliance on ultra-low nominal and real interest rates, quantitative and qualitative easing, and far-reaching forward guidance and yield-curve targeting.

The policy prescription for restoring full employment and escaping cyclical and secular stagnation is straightforward. Governments should use expansionary fiscal policy and supply-side structural reforms to boost aggregate demand and raise the neutral real interest rate to the point that it can be equated with the market interest rate.

The composition of the ideal fiscal package will be country-specific. The United States, with its appalling infrastructure, should boost public investment accordingly (and federal and state governments should have an extensive list of “shovel-ready” projects waiting). Public spending on health, education, and research and development also has much to recommend it. As for many other countries, fiscal boosts to private consumption or cuts in corporate taxation might be appropriate. And European NATO members, for their part, could make good on their commitments to raise defense expenditures to 2% of GDP.

The effects of fiscal stimulus on public debt should not be ignored, of course. But in most advanced economies, the GDP growth rate exceeds the interest rate on the public debt, which means that fiscal space is unlikely to be a binding constraint on well-designed stimulus measures. We also should not underestimate the potential of labour-market reforms (particularly in France) and measures to restore competition in key product markets (particularly in the US). Both could lead to a healthy increase in private investment.

Given all the options still on the table for boosting aggregate demand and the natural rate of interest, it is clear that secular stagnation is not a technologically determined necessity, but rather a dysfunctional collective choice. More to the point, today’s growth challenges are nothing like those faced by the pre-modern savers, investors, workers, farmers, and capitalists whom Schmelzing studies.

To be sure, it will be interesting to see future research on what drove the “suprasecular” decline in real interest rates over the past five centuries, and on the interactions between the natural and market rate of interest in pre-industrial societies. It is hard to imagine a more radical demographic shock than the Black Death that ravaged Europe and Asia in the mid-1300s, and yet the impact on the real rate of interest appears to have been minimal. In any case, nothing in Schmelzing’s research so far invalidates today’s secular-stagnation hypothesis.

Willem H. Buiter, a former chief economist at Citigroup, is a visiting professor at Columbia University. This content is © Project Syndicate, 2020, and is here with permission.

This writer of this article appears to know nothing.

Current low interest rates are by in large a byproduct of money creation, perpetuated by banksters in an attempt to inflate their way out of troubled balance sheets.

Quite simply, if you print more money it has to find a place to go. This forces the price of investments up, and the returns of these down. To keep the banksters party going, they have to reduce the rate in which they lend to keep in business.

To suggest European Nato member should increase they defensive spending to stimulate their economy, this guy must has no idea of the increasing poverty of the working class. There are only two solutions to the current world economic problems:

1. Redistribution of wealth. For example, legislating an increase to the minimum wage.
2. Asset Price Correction.

He's an economist probably looking for employment by the banks! Got paid handsomely by one (Citigroup) and is perpetuating their propaganda. This is propaganda to hide the fact that banks are ripping their customers off wholesale!

This could be because he's Economics-trained. I've just finished re-reading Bollard's Crisis, and the same lack of cognisance is glaringly obvious.

And to see folk still talking of labour productivity after 200 years of fossil energy outflanking labour (you can buy a barrel of energy for $60, and it does 4.5 years hard human labour - orders of magnitude out of whack) is sad.

If you stuck that $60 barrel of oil in the checkout aisle, could it scan my groceries for me?

It's doing that already. Do you not understand the role of oil in everything we do? The question is, what happens when the price of extraction exceeds the energy input..which has happened already in the fracking industry?

Go to war to push up price and plunder the enemies resource?

Quite simply, if you print more money it has to find a place to go. This forces the price of investments up, and the returns of these down.

In the Anglosphere perhaps. How can you argue that in the case of Japan?

Seems a bit harsh GS.
This guy is the chief economist at citigroup, and he’s advocating fiscal policy as an antidote to persistently low interest rates.
If he really was a rapacious vested-interest bankster then wouldn’t he advocate more of the same loose monetary policy? Rising interest rates would lower asset prices, and probably put the inequality trend in reverse. A lot of what this guy says makes sense.

The long term decline in interest rates could just possibly be to do with the increase in banking, century by century. From only available to wealthy landowners and monarchs, to more widely available to cities and states, to eventually available to everyone and his donkey. From vilified as usury and only practised by Italian Jews, to sanctified as an essential part of modern society.

The turning point seems to have been when Holland and England, (learning from the Dutch), discovered it was possible to wage longer wars if the government, representing the taxpayers, borrowed the money, rather than the monarch.

Monarchs, as in France and Spain, had a nasty habit of confiscating all property owned by Jews whenever the monarch's debts got too high. This rather buggered their creditworthiness. The English, Dutch and Germans didn't do this (until the 20th century, in Germany's case).

What happens next? Santification of fiscal laxity seems to be the proproganda, as in this article and countless others. All well and good for those dependent on the government teat, such as career academics and bankers, but what if the teat runs dry? Are we getting poorer as we feel richer? The solution lies elsewhere, methinks, perhaps in less regulation and less taxation and less banking. More genuine private enterprise, not the disaster of excess banking pretending to be enterprise. A few simple, easy changes, mind, gentle on the rudder, not a wild gybe.

You're missing the point Roger. this is all about a power grab by the banks. Even now they are very close to ruling the world, because they control the money. So less regulation will effectively hand them the opportunity to embed that rule even further. Your "less banking, less taxation, more private enterprise" is in the right direction.

Marx analysed this situation, believe it or not. It's also discussed in Piketty's much more palatable book. Capitalism, left to its own devices, is able to extract less and less surplus -- ie. interest -- because there exists a pool of people with heaps of excess capital, who compete against each other for the dwindling number of genuine extractive opportunities. The capital 'clumps' -- which we have certainly seen. Rentierism dominates until it can't.
It's a long-term cycle that leads to depressions and ends with a destructive event, such as war or revolution, that 'clears the table' and allows for new competitors.

The Author refers to Say's Law and if he believes in it, his views can safely be discounted. As a classically trained economist, he quite possibly does. This so-called 'law', which Say articulated in 1803 in his Treatise on Political Economy, can be stated briefly as follows; supply creates its own demand. Put differently, recessions cannot be caused by a shortfall of demand. This theory became very influential, but is utterly false as Keynes demonstrated.