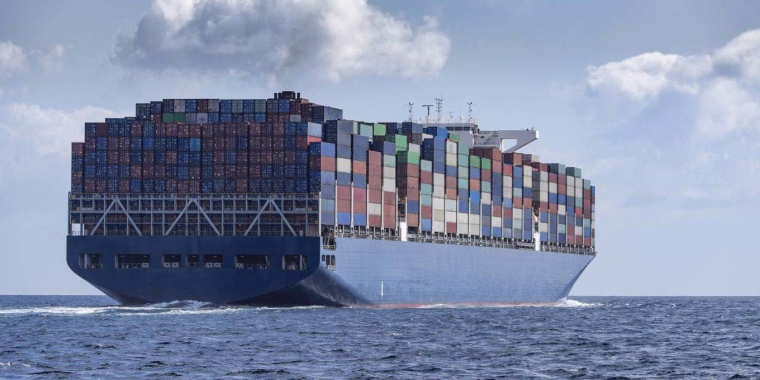 With the benefit of full-year data, only now are we becoming aware of the danger the global economy narrowly avoided in 2019. According to the International Monetary Fund’s latest estimates, world GDP grew by just 2.9% last year – the weakest performance since the outright contraction in the depths of the global financial crisis in 2009 and far short of the 3.8% pace of post-crisis recovery over the 2010-18 period.

On the surface, 2.9% global growth doesn’t appear too shabby. But 40 years of perspective says otherwise. Since 1980, trend world GDP growth has averaged 3.5%. For any economy, including the world as a whole, the key to assessing growth implications can be found in deviations from the trend – a proxy for the so-called output gap. Last year’s shortfall from trend (0.6 percentage points) brought growth uncomfortably close to the widely accepted global recession threshold of approximately 2.5%.

Unlike individual economies, which normally contract in an outright recession, that is rarely the case for the world as a whole. We know from the IMF’s extensive coverage of the world economy, which consists of a broad cross-section of some 194 countries, that in a global recession about half of the world’s economies are typically contracting, while the other half are still expanding – albeit at a subdued pace. The global recession of a decade ago was a notable exception: by early 2009, fully three-quarters of the world’s economies were actually shrinking. That tipped the scales to a rare outright contraction in world GDP, the first such downturn in the overall global economy since the 1930s.

For global business-cycle analysts, the 2.5-3.5% growth band is considered the danger zone. When world output growth slips to the lower half of that range – as it did in 2019 – the risks of global recession need to be taken seriously. As is typically the case for official, or institutional, forecasts, the IMF is projecting a modest acceleration of annual world GDP growth in 2020 and 2021, to 3.3% and 3.4%, respectively. But as the physicist Niels Bohr once said, “Prediction is very difficult, especially if it is about the future.” Just ask the IMF, which has revised down six consecutive iterations of its global forecast. Obviously, there is no guarantee that its latest optimistic projection will be realized.

Downside risks are especially worrisome, because a 2.9% growth outcome for the world economy underscores the lack of a comfortable cushion in the event of a shock. As I noted recently, predicting shocks is a fool’s game. Yet the draconian measures that China is now taking to contain the lethal Wuhan coronavirus only serve to remind us that shocks are far more frequent than we care to think. A few weeks ago, it was the possibility of a hot war between the United States and Iran. And before that, there was the increasingly contentious US-China trade war.

The point is that below-trend global growth, especially when it moves into the lower half of the 2.5-3.5% range, is nearing its stall speed. That leaves the world much more susceptible to recession than it would otherwise be in a more vigorous environment of above-trend global growth.

The same message comes through loud and clear in gauging the risks to the global trade cycle – long the major engine of global growth in an increasingly integrated, supply-chain-linked world economy. The IMF’s latest assessment put global trade growth at just 1% in 2019 – its seventh consecutive downward revision. Indeed, last year was the weakest trade performance since the historic 10.4% plunge in 2009, which was the worst contraction since the early 1930s. Compared to the 5% average over the 2010-18 period, the slowdown of world trade growth to just 1% in 2019 is all the more alarming. In fact, it was the fourth-weakest year since 1980, and the three worse years – 1982, 2001, and 2009 – were all associated with global recessions.

Global trade growth has never recovered to its pre-crisis pace, a shortfall that has been the subject of intense debate in recent years. Initially thought to be a consequence of unusual weakness in business capital spending, there can be no ignoring the impact of protectionism following the start of the US-China trade conflict. Now that the two sides have agreed to a truce in the form of a “phase one” trade deal, there is hope that the trade prognosis will improve. Reflecting that hope, the IMF’s January update calls for a modest rebound to 3.3% average growth in world trade over the 2020-21 period. But with the average US tariff rate on Chinese imports likely to remain at about 19% after the accord is signed – more than six times the pre-trade-war rate of 3% – and with worrisome signs of escalating US-Europe trade tensions, this forecast, like those of the past several years, may turn out be wishful thinking.

All this bears critically on the precarious state of the global business cycle. Historically, the rapid expansion of cross-border trade has been an important part of the global growth cushion that shields the world economy from all-too-frequent shocks. From 1990 to 2008, annual growth in world trade was fully 82% faster than world GDP growth.

Now, however, reflecting the unusually sharp post-crisis slowdown in global trade growth, this cushion has shrunk dramatically, to just 13% over the 2010-19 period. With the world economy operating dangerously close to stall speed, the confluence of ever-present shocks and a sharply diminished trade cushion raises serious questions about financial markets’ increasingly optimistic view of global economic prospects.

Stephen S. Roach, a faculty member at Yale University and former Chairman of Morgan Stanley Asia, is the author of Unbalanced: The Codependency of America and China. Copyright: Project Syndicate, 2020, published here with permission.

I'll warrant there's a cushion in one o' them there containers.

We've been trading our economy against a future that never happened since the 80s by making credit the modus operandi. With interest rates hitting the negative domain in the last few years final drinks have been called, and the party is coming to an end.

Imagine the shock to the economy of earning money first and then spending, rather than paying down the credit card each month (if you can afford it).

Imagine if property investors had to save their 30% deposit in cash for subsequent property purchases, instead of releasing/recycling equity.

Extra borrowing has been the only thing keeping the party going.

Borrowing comes with risk, and with the low rates of surplus cashflow return offered in all asset classes, banks are back to the wall on this one.

Don't expect a recovery aided by the banksters, but rather private equity investing in assets these banksters don't understand because its not their money they are lending.

Great article. Lots of people like to make predictions on specific outcomes and timelines, which is largely foolish. There are so many events, policy decisions, or shifts in sentiment that can swing the needle one way or another.

It's been good, right? As a boomer, I have to say that. We've been a very lucky generation - the first one in three not to be shipped off to war. I don't count Vietnam. My father & his before him, were both sent north to help defend the Empire. We were lucky. Our generation has overseen the greatest period of global growth - economic, population, toys & foods - EVER. However, we must never forget that this time of prosperity was preceded by those two horrible wars which we still remember to this day. The first half of the 20th Century brought slaughter on a grand scale, so perhaps we deserved our period of relative peace? But times of peace & prosperity do not last forever. Things change. In our time, just about everything changed, including our genders (God help us). We have been lucky to have witnessed some amazing inventions, some perhaps too amazing, but you've got to take the good with the bad right? As a generation of leaders, however, the boomers have not been so great. As we became richer our family building skills plummeted along with our long term relationship building skills. Indeed a third of us wanted more change than the rest of us could keep up with, which along with welfare, has down-graded many of our population's life skills to that resembling a hangry 3 year old. And what about money ay? How good was that? While our house prices went up & up & up & up & up, all that really happened was that the buying power of our dollar went down & down & down & down. What started out as $1,000 pounds has become today's million dollars, so does that mean we're any better off? Not particularly. Back in the 1950 & 60's's people had to work together to get by. That's how great neighbourhoods turned into friendships for life. We may have more money but we are, I believe, relationally lacking when I think back to those times. I'm just grateful I didn't get my head blown off on some foreign field, which many of my predecessors did. The rest was a bonus.

This CoronaVirus, just a timely reminder folks! - there's something super and more precious than that of RE activities in this whole life, we called HEALTH. Most of normal us, can only look with different compassionate level. When these terminally ill patients, super rich by properties - plead to you to swap their wealth with their impending unpleasant ends.