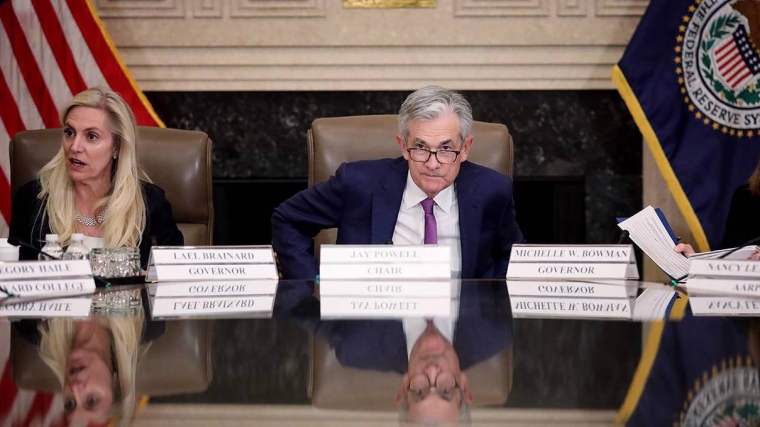 In an effort to get a handle on the economic and financial consequences of the COVID-19 pandemic, the first instinct is to search for precedents and remedies in earlier crises. Many have pointed to the 2008 global financial crisis (GFC) as the most relevant example, especially in the aftermath of the extraordinary monetary-policy actions announced by the US Federal Reserve on March 15. That would be an unfortunate mistake.

What worked 11 years ago won’t work today. The COVID-19 pandemic is the mirror image of the GFC. The policy response needs to be crafted accordingly.

The GFC was, first and foremost, a financial shock that took a severe toll on the real economy. COVID-19, by contrast, is a public-health crisis. Draconian containment efforts – lockdowns, transportation bans, and restrictions on public assembly – are producing a shock to the real economy, with devastating consequences for businesses, their workers, and the financial sector.

During the GFC, unprecedented actions by the Fed were both appropriate and decisive in addressing the primary source of the shock: a devastating blow to the financial system. In the COVID-19 crisis, the Fed cannot play the same role, because it is addressing a secondary shock: the financial repercussions of the primary shock to the real economy.

Instead, the Fed’s response must be seen as necessary, but not sufficient, to address the COVID-19 crisis. It is a delicate role, to say the least.

The Fed’s policymaking at moments of crisis must always be managed judiciously. As the crisis intensified, it was certainly in a tough place. However, its rare Sunday announcement of emergency actions on March 15, just two days before a regularly scheduled policy meeting, conveyed a sense of urgency that undoubtedly heightened investors’ fears and stoked rumors of an imminent liquidity crisis. We will never know if the Fed would have been wiser to wait a couple of days.

Yet this episode underscores an uncomfortable truth: We have become far too dependent on monetary fixes for all that ails the world. In the days that followed the Fed’s Sunday surprise, the added carnage in financial markets sent a strong message: The “big bazooka” of central banks that worked effectively in putting a floor beneath plummeting markets in late 2008 and early 2009 is not only the wrong weapon to address a public-health crisis; unfortunately, it also lacks live ammunition.

This, of course, was the big risk all along. After having failed to normalise policy rates in the aftermath of the GFC, central banks had limited options to address the inevitable next shock. Time and again, we find out that the next shock is never the same as the last. Yet we always seem to fixate on a redesign of policies, regulations, and economic structures that is conditioned by the last crisis – leaving us woefully unprepared for the one to come.

Crises can be arrested only by attacking their source. In the midst of the COVID-19 pandemic, the focus must be on virus containment. That will require creative and expeditious actions, focusing first and foremost on public-health infrastructure and the science of COVID-19 containment and mitigation.

Some have used the wartime analogy to emphasise the magnitude and scope of the policy response now required. While this is appropriate, it assumes a degree of political consensus that is sorely lacking in today’s polarised environment. Sadly, the combination of domestic polarisation, national protectionism, and global fragmentation is especially problematic in bringing us all together to fight a global problem.

As always, when this crisis passes, there will be great introspection on how we got into this mess. This will undoubtedly include a reassessment of globalisation, which once seemed like an economic panacea for poor and rich countries alike. Courtesy of a sharp expansion of world trade, along with a concomitant explosion of global value chains, relatively poor developing economies could benefit as producers by reducing poverty and boosting living standards, while the developed world would benefit as consumers by being able to purchase cheaper goods (and increasingly services). The “win-win” of globalisation practically sold itself.

But globalisation has also led an interdependent world to an unfortunate fixation on the sheer speed of economic growth: the faster the growth, the bigger the “wins” for both producers and consumers. Unfortunately, this overlooked the quality of growth – not just sorely needed investment in disease mitigation and public-health infrastructure, which the COVID-19 crisis has made glaringly apparent, but also investment in environmental protection despite the equally patent evidence of climate change.

The GFC playbook was designed for a world facing threats to the quantity of economic growth. It cannot be the answer for a world facing a shock stemming from deficiencies in the quality of that growth. Monetary and fiscal policies can temper short-term distress in financial markets and hard-hit businesses and communities. But they don’t address the urgent priority of disease containment and mitigation.

There is broad consensus that the best way to restart the global growth engine is by flattening the COVID-19 infection curve, both in individual countries and worldwide. That, not the monetary and fiscal policy template of the last crisis, must be the laser-like focus of policymakers during this crisis. History attests to the resilience of the modern world economy in the aftermath of negative shocks. That offers grounds for hope of a self-generating rebound. But it can be realised only after COVID-19 is contained.

Stephen S. Roach, a faculty member at Yale University and former Chairman of Morgan Stanley Asia, is the author of Unbalanced: The Codependency of America and China. Copyright: Project Syndicate, 2020, published here with permission.

Its going to be pretty hard to compare the number of stockbrokers jumping out windows to the number of people dying this time around. Different event causing some of the same symptoms but the cure this time is a vaccine not more money being pumped into a broken system. Interesting Netflix doco "Pandemic" made before this lot arrived, funny how a promising biotech company couldn't even get a million bucks to pursue a vaccine but the Fed can pump trillions into a black hole during a pandemic.

The Fed's response to the GFC was flawed anyway, and more about self interest than anything else.

The Fed isn't a publicly owned institution, but a private cartel who has controlled the money supply and didnt want to go broke. They enforced yes politicians to lower the interest rates to keep them afloat. All that did was kick the tyre down the road.

Its call unfettered capitalism which has created this problem, with globalism only benefiting the few who have controlled the politicians, who have attempted to control the media. Wikileaks anyone.

Lately I am considering corvid from the cause and effect perspective. I am wondering if this event is the excuse nearly all nations have been looking for to disintegrate from the globe spanning neoliberal led consumerist society we were heading irresistably toward before hand. Every govt is asserting its power unchecked and corporations have been sent reeling as a consequence. But what will come of it?

Just heard number of cases with the virus now 67.
All these would be directly or indirectly from aircraft arrivals

Selfish supermarkets, like the P'N'Save in Royal Oak where I shop, haven't yet got a 'special time', say an hour of the day when us over-70 yo, can go into a sparsely occupied supermarket, to shop safely. They are now doing this in other countries, even Australia which were initially behind us in the virus response but it has now zoomed past us.

About a week ago, just before the abrupt escalation of the crisis last Saturday I had a Chinese lady in the checkout queue directly behind me openly sneeze directly at me when I happened to turn around.

Get your arse into gear and sort this out David Seymour, my MP: I'm getting plently of wordy letters from you but no practical response to be seen. Otherwise we won't be in need of your euthanasia act in the future.

In this comment no need to mention nationality of who sneezed at you. Looking at the figures if she was a recent arrival from China then you were safer than if she had arrived from a European country.
BTW - agree with you about a time reserved for the high risk members of the public to shop and anyone arriving should be quarantined in one of our many empty hotels (issued with ankle bracelet too).

And sneezing isn't a symptom

So everyone else should be excluded from shopping when they want because of your age? OK boomer

Don't expect any leadership from Seymour. Like most politicians, he is pretty close to being useless in these times.

Supermarkets will be one of the few businesses to do well out of it, and if the government and these supermarket owners had any brains they would be ramping up home delivery for 70 plus year olds (for a start). There's now plenty of unemployed people, who would welcome any job. Most people are on the internet and can order on line; just leave the order at the door wrapped in material that doesnt carry the virus.

“Yet this episode underscores an uncomfortable truth: We have become far too dependent on monetary fixes for all that ails the world.”
So true, especially in western style capitalist society’s, money solutions have replaced pride, honour, respect, morals and ethics.

Agree - the system has caused people to act in self interest, yet our founding principles, if we look at the holidays etc that we adhere to like Easter and Xmas, should be around sacrifice and giving. Yet we fight we each other at the supermarket for the last roll of toilet paper. Sad.

Ode to Tweety Pie
Tweety Pie is alive and well. Tweety Pie's entire world begins and ends with her birdcage. Sylvester is a cat that exists to amuse her. Grandma, her owner, exists to feed her.

Ode to The Federal Reserve
The Fed's entire world begins and ends with the banks, the fat-cats exist to entertain the FED, the peons exist to feed the fat-cats