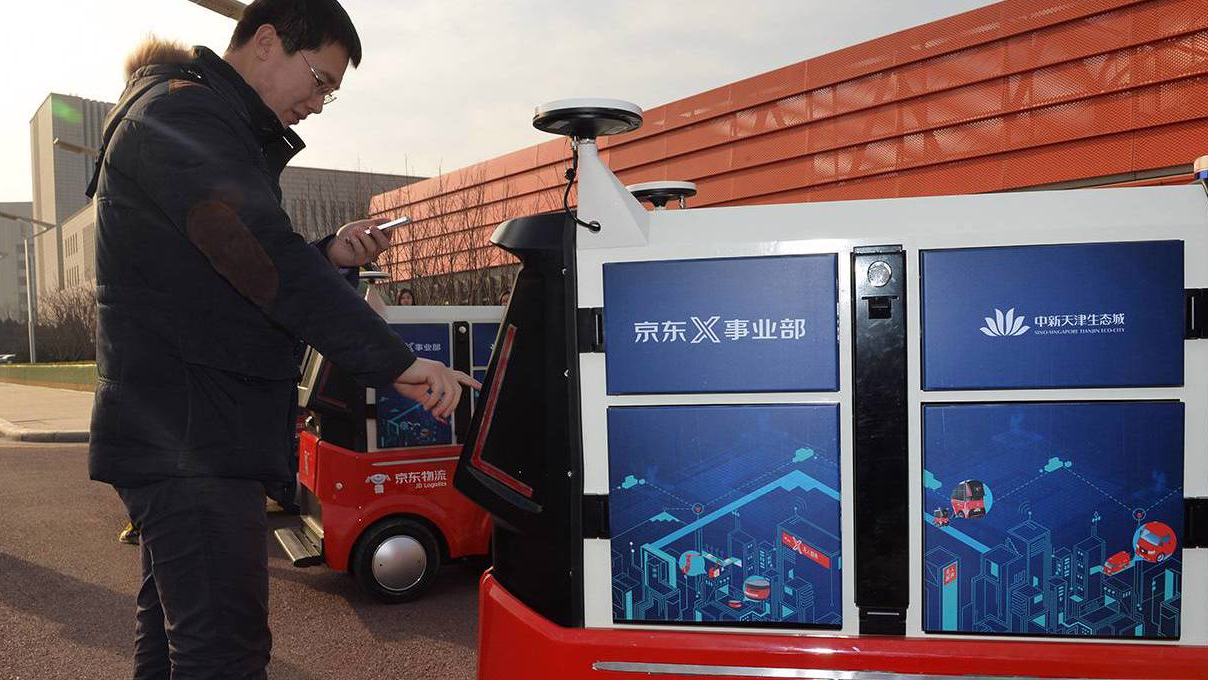 Widespread lockdowns and border closures aimed at combating the COVID-19 pandemic have interrupted global supply chains and largely paralyzed the global economy. Yet, the real weakness of today’s global economy is not the vulnerability of its globalised production networks, but rather souring attitudes toward globalisation – and toward China in particular.

Fear of China’s growing economic clout drives many countries’ foreign-trade and investment decisions these days, and not only in the United States. Concerns about the dependence of global manufacturing on China have prompted calls to reshore production and cut the country out of global supply chains. And the US is even threatening to stifle the Chinese economy through technological decoupling.

But China’s critics are mistaken in assuming that the country’s continued economic growth depends almost entirely on the maintenance of the global free-trade system and access to Western technology. Although China is undoubtedly an important global manufacturer, the real drivers of its economic performance over the last decade or so have been rapid growth in its huge purchasing power and fixed-asset investments – including in the country’s thriving technology sector.

The world has not yet fully appreciated the significance of the country’s inward shift of economic gravity away from “external circulation.” This is partly because many economists have instead been busy criticising China’s investment expansion and highlighting the potential debt risks arising from it. As a result, politicians in America and many other countries still think that the most effective way to contain China is to target its position in global trade and supply chains.

To be sure, China has so far been the largest beneficiary of economic globalisation over the past decades, mainly because of its integration into the global free-trade system before and after joining the World Trade Organisation in 2001. Indeed, by the late 1980s, Chinese policymakers were advocating that the country use global supply chains and international markets to help it industrialise and accumulate capital. China thus took advantage of its abundant cheap labor and adopted a “both ends out” approach, importing parts and components in order to assemble finished products for export.

But Chinese policymakers have long since understood that this growth model could not turn China into a fully developed, high-income economy. In particular, the severe impact of the 2008 global financial crisis on Western economies forced China to accelerate its “change of focus” by developing a more closely integrated huge domestic market and promoting growth driven by “internal circulation.” Such efforts have gained further momentum in recent years as a result of escalating trade frictions with America, and a recognition that China’s continued economic expansion requires overcoming structural imbalances.

China has taken several steps to correct these imbalances and boost domestic demand. For starters, it allowed the renminbi to appreciate against the US dollar for at least a decade after 2005, and began to open up its protected market to foreign firms in line with its WTO entry commitments. The government not only liberalised imports, especially of intermediate and capital goods, but also started allowing foreign penetration in financial markets and other non-tradable sectors. And by establishing an increasing number of free-trade zones, China has honored its commitments regarding foreign-portfolio investment and facilitation of cross-border capital flows.

Second, China has increased physical infrastructure and logistics investments at a rate of over 20% annually over the last 15 years, resulting in new and improved domestic highways, railways, airports, and harbor facilities. During the last decade, for example, the country has built a high-speed railway network of more than 35,000 kilometers.

Third, since the beginning of this century, the Chinese authorities have consistently supported the construction of large-scale information and communication infrastructure networks, and encouraged private enterprises to innovate in cutting-edge sectors such as mobile payments, e-commerce, the Internet of Things, and smart manufacturing. This has helped to foster the emergence of many locally based international technology firms, including Alibaba, Tencent, and JD.com. And at the beginning of 2020, the government decided to launch a new round of large-scale investment in 5G base stations.

Finally, the Chinese government has actively promoted national strategic plans aimed at integrating domestic economic mega-regions and generating domestic demand. This includes the construction of the Xiong’an New Area, where non-core functions of the capital will be moved from Beijing, and which will accelerate the development of the Beijing-Tianjin-Hebei triangle. In addition, the government has been developing the Guangdong-Hong Kong-Macau Greater Bay Area and is encouraging closer cooperation among 16 cities in the Yangtze River Belt. The Yangtze River Delta has been leading the economic integration process among mostly industrialised provinces, headed by Shanghai.

Likewise, two of southwest China’s most important urban centers – Chengdu, the capital of Sichuan province, and Chongqing, the main city on the upstream section of the Yangtze River – have been given incentives to create a “double-city circle” through closer economic cooperation. Furthermore, the freight railway to Europe from China’s west and southwest, and the “new land-sea channel” to the south, will not only boost the mainland Chinese economy but also help to stabilise global supply chains.

Indeed, despite the ongoing shift in its economic gravity, China will certainly not have an incentive to disengage from global technology supply chains or retreat into isolation. On the contrary, it will remain an active participant in and contributor to global trade and investment. And in opening up more access to its domestic market to foreign investors, China will further support globalisation by helping to correct global trade imbalances. Efforts to stimulate domestic demand will create further expansion and opportunities for domestic and foreign investors, thus boosting future global economic growth.

It is therefore naive to believe that forced technological decoupling, trade sanctions, or forced changes to global supply chains will put an end to China’s future economic expansion. If critics are too short-sighted to see this, it will be their loss.

not much complicated theory behind China's enormous success so far, two key contributing factors are the China Communist Party and the Chinese people.

China faced tech block for building nuclear weapon by the West but she succeeds in building the best ones in 1960s.

China faced complete denial of access to international space station program by the West but she succeeds in building her own Tian Gong Station in 2017.

China faced complete denial of participating in the building of the Galileo satellite navigation system by the West but she succeeds in building her own Bei Dou system yesterday.

China faced tech block for building aircraft carries by the West but she is having the third one hitting the waster this year.

China faced tech block for building tunnel boring machine by the West but her products are accounting 90% of the global market.

China is now facing tech block by the US to build semiconductor chips and mask aligner but we are sure she will make better ones very soon.

No Zing. China should be the worlds largest economy by orders of magnitude, but they are not. Why? The CCP is why. Constraining a population's freedom also constrains their creativity and innovation. China is where it is today because it has stolen most of the tech base it has from others. The CCP will ultimately the cause of China's downfall. They are to China, what Nero was to Rome.

Re CCP constrains Chinese people's freedom. A simple question -- how long have been living in China before? Study there or work there recently?

Do not let pride and prejudice cloud your judgement.

if we are talking about individual cases, then people here are always counterexamples; double-dip (which i have heard too much about) by some participants in thousand-talent-plan, huawei-cisco 2003 copyright dispute, and the currently ongoing 1000 FBI investigations of possible IP theft, it would be an impressive number if, say, 10% proved viable cases, and last year's dutch allegation against chinese tech spy. I'm also interested in, possibly due to my ignorance, if here are reports regarding US theft of HUAWEI's 5G tech. what worries people around the world is that, admittedly we are living under the US surveillance network, e.g. PRISM, but CCP has taken it to the new extreme. Other countries feel compelled to choose between two devils... Just think about how a guy got detained for criticizing the canteen in a local hospital in a WeChat group, and similar cases. Not to mention that the open doscussion sbout more sensitive matters are muffled both within china's GFW and even on the campuses --– in confucius institutes or just in the lectures funded by china ––– of other countries.

That's right - if the Kuomintang hadn't lost the civil war, largely due them bearing the brunt of defending against the Japanese invasion, then China would be the world's largest economy today. And would be far more technologically ahead and, as a result, so would the world as well. But unfortunately they didn't, so the Chinese have had to deal with the monstrous failures of the CCP and the subsequent catchup activities in recent decades to repair the damage.

If China is so good Xing, then all the Chinese people living in New Zealand would go & live in China. Surely? Why is this not happening? Why do they all want to come & live here? Like you.

For the same reason that your ancestors left Britain.

If tech permits, I'd like to settle on a different planet.

You do live here Xing, don't you?

I think China is most benefited Covid19 crisis. Hong Kong rally message weakened. The U.S. administration and Trump is less focused to battle trade war. They do not rely heavily on tourism like NZ.
The world would have suffered less if China had been truthful about the danger and the spread of the Wuhan born disease, and should ask for compensation.

Who can actually believe any numbers coming from China anymore. A country led by a dictator which is currently attacking many of their neighbors and claiming territories as their own in what looks more like a tantrum than anything else. They believe they can do whatever they want but the truth is that they have no real allies, all their so-called friends would turn against them at the first opportunity. No matter how important you believe you are, it is what makes you important to others what really makes the difference and with globalization getting weaker each day the power of China is growing thin.

I don't think China's economy will look too flash after they have compensated the rest of the world for damaging their economies with dangerously unsafe food practices.. Wait until the claims start pouring in. The total amount due by China will be in the tens of trillions of dollars.
Or are they going to renege on their responsibilities and not pay up. It will be interesting. China now has a huge financial and moral debt to the rest of the world.