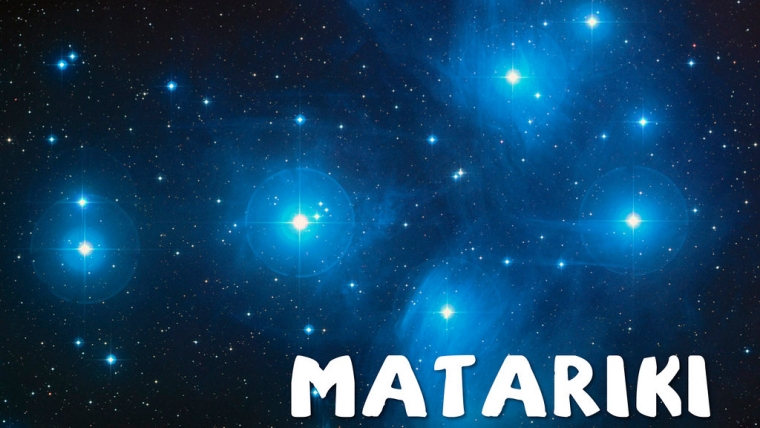 The period of Matariki, the celebration of the Māori New Year, which began earlier this week, is being celebrated increasingly as an important national event.

While many other countries have their own form of New Year celebrations, Matariki is uniquely New Zealand. As such, it deserves special recognition.

We already celebrate great annual events from other cultures, such as Diwali and Chinese New Year, which is good, but now is the time to give Matariki the prominence it deserves.

Yet most of the celebrations around Matariki are locally organised. Usually local communities and councils play their part in putting together local festivities such as fireworks displays or other celebratory events. Unlike Waitangi Day, or even ANZAC Day, the two other uniquely New Zealand special days which we commemorate each year, there is no national occasion organised to celebrate Matariki.

The time has come to change that. Matariki deserves its own special day of celebration and is worthy of a public holiday in its honour. Even though there is a general wariness in New Zealand about creating more public holidays – as the debate a few years ago about ‘Mondayising’ Waitangi and ANZAC Days showed – we are still on the light side of the number of public holidays most countries celebrate. Adding another holiday to celebrate a significant national event is unlikely to bring the economy to its knees as some critics might argue.

As New Zealand culturally diversifies, the celebration of the British Monarch’s birthday, with full military honours and all the trappings besides becomes more and more incongruous. At a time when New Zealand is trying to shake off the final vestiges of its colonial past and assert its identity as a modern Pacific nation nothing can continue to appear more absurd than the annual official celebration of the birthday of a hereditary ruler on the other side of the world. Queen’s Birthday holiday is an occasion whose time has well and truly past, and it should be replaced with an event far more relevant to the lives and world views of contemporary New Zealanders.

Bicultural New Zealand has been engaged in an often too timid assertion of its national identity for some generations now. Yet while our population has become more diverse, and our absorption of aspects of other cultures more extensive, especially since the 1990s, we have been too slow to move to ensure that our national structures reflect both that emerging diversity and our own bicultural environment. Despite successive Prime Ministers piously acknowledging the inevitability that New Zealand will become a republic, none has done anything to advance that. And notwithstanding Britain’s abrupt casting aside of New Zealand when it wanted to join the European Community in the 1970s, New Zealand has rushed to be near the top of the queue in negotiating a free trade agreement with Britain now that it has decided it no longer wants to be part of Europe after all.

The time has come for this country to start matching its lofty and bold talk about our progressive and independent identity with some action that shows we take that talk seriously. Continuing the way we are, with no substantive action to follow, will, over time, led to more and more alienation and potential social division. Moving now to replace Queen’s Birthday with the far more relevant Matariki Day would be a simple, but important step forward and a signal that as a country we were genuine in our desire to establish and promote our identity and pride in all facets of what it means to be a New Zealander today.

Fully agree. Let us celebrate this together and pay respect to the Stars and Ancestors.

Agreed! Hear more about Chinese New Year than Matariki - which really says something about where we are positioned as a country.

I too agree. That's 3 out of 3 Peter. You should run for political office.

So it is celebrated on the appearance each year of a cluster of stars in our skies. Would that make it a moveable feast type, like Easter, or is it consistent enough to allow the same fixed date to be nominated year by year. Either way agree it is a worthy & unique national symbol for our country, more so than the Southern Cross you could suggest.

It happens on the same day, only drifting around by a day or so due to leap years, just like the equinoxes and solstices are mostly fixed except for slight leap-year induced drift.

or even ANZAC Day, the two other uniquely New Zealand special days

How exactly is ANZAC day "uniquely New Zealand" when it literally has the name Australia in it, and is also observed as a holiday in Australia on the same day as NZ, April 25th.

100% agree - ditch Queens birthday and replace it with Matariki. Queens honours become Matariki honours. Time to have things that can only be NZ Aotearoa. Brand this country as something special and unique that no one else can have.

Everyone gets the Pleiades star cluster, they just don't call it 'matariki'.

Why should we have a public holiday to mark an event that has significance for only 15% of the population? That is the proportion that identifies as Maori, and most of those have other ancestry, so the true proportion of Maori is quite likely less than 10%.

Well I went along to our local school to acknowledge Matariki early morning with our daughter and it resonated a lot more with me than Queens Birthday, which I've never even thought of other than it's a long weekend. Regards NZ Citizen, born in old blighty.

I'm yet to be convinced ancient maori celebrated matariki.
But then the current form of Santa is relatively new as well.

Bravo Peter! Brave little New Zealand! Global leaders don't start their day until they have reviewed the latest wise words from our great Jacinda.
But enough sarcasm, the lowest form of wit.
Our nation was born with a pact between the British crown and the tribes of Maoridom...however, imperfect that may have been. There is no need to be ashamed of our British connection which brought us a rich inheritance of culture and constitution dating back to the major civilisations of Rome, Greece, Israel and pre- muslim Persia.
The moves we have seen to replace our flag, break free from the English speaking world,, and assert our "Pacific nationhood" is touted as evidence of maturity. But to me it is much like a ten year old girl wearing lipstick to proclaim her 'maturity', but merely proving the opposite!
I have no problem recognising the appearance on our skies of the Peleiades star cluster...similar celebrations have taken place in almost every European, Asian and America culture for thousands of years.
But please Peter, spare us the drivel about establishing a supposedly unique new culture coming from our two minute dots on the bottom of the globe. Time will develop our nation's progress without pompous politians trying to invent and promote their own versions. As a footnote, looking at the Pacific today, one wonders how long it might be before both Maori and English might fade out of the New Zealand story.