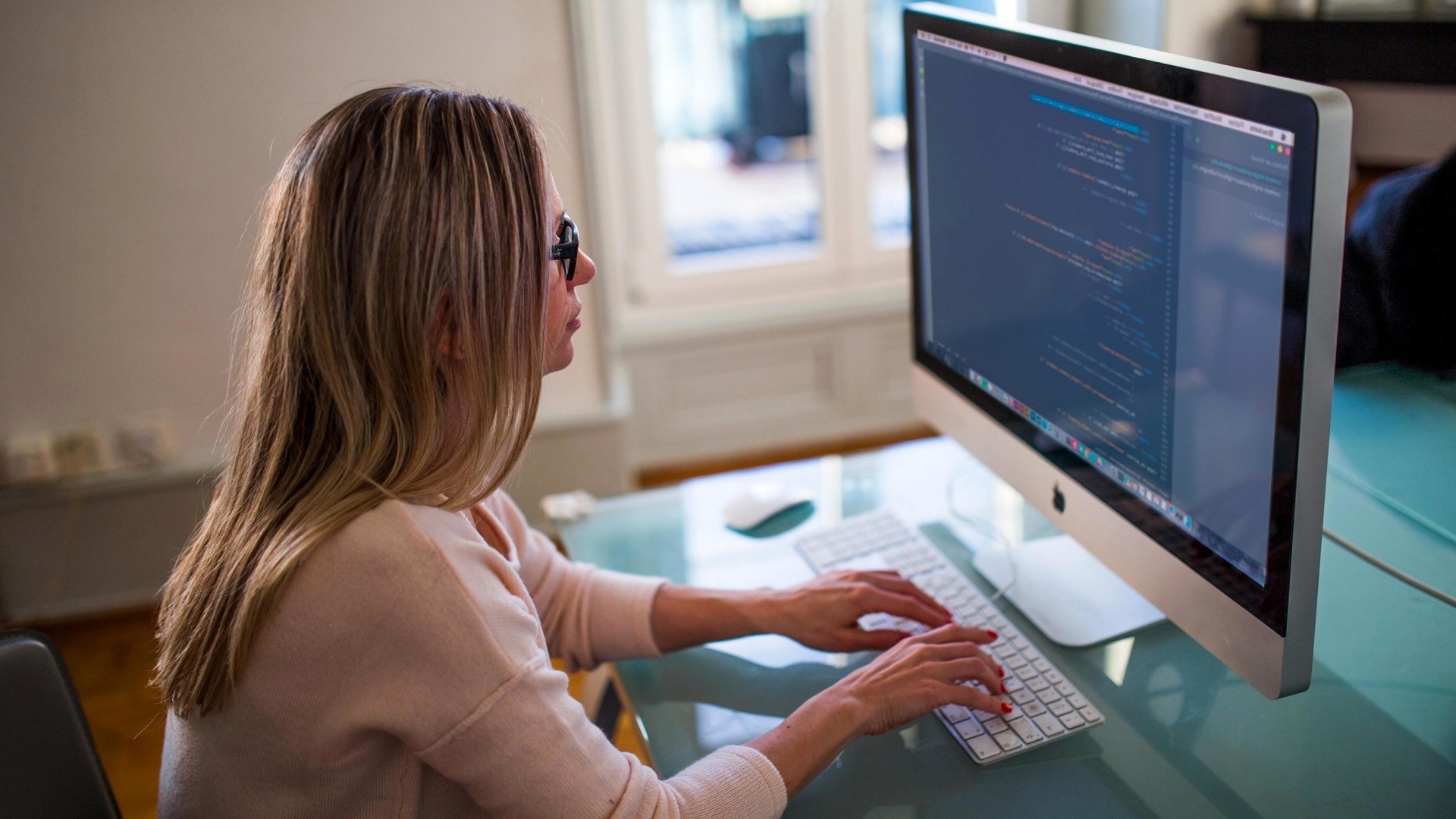 We miss economist Bryan Philpott (1921-2000). I miss him personally – we used to have such great discussions – but this column is about how the nation misses his economic experience and wisdom.

We tend to propose economic policies without thinking of their wider repercussions. It is just so easy to say ‘we should do this’ and ignore the consequences. This was nicely, and sadly, illustrated by a recent controversy between Keith Woodford, retired professor of agribusiness at Lincoln University, and the NZIER, which wrote a report on the contribution of agriculture to the economy. It argued that the sector’s contribution was small (4-5% of GDP); Woodford argued that the estimate was misleading about the significance of the farm contribution.

Bryan would have been irate, because the analytic framework of the NZIER report was so limited. It seemed to be saying that the farm sector was so small we could almost neglect it. That would encourage those who want to diminish or even close down the agricultural sector.

How important is farming to the New Zealand economy? To answer that sort of question, we need to consider the following (‘counterfactual’) scenario. Suppose the entire farm sector was to close down; what would be the impact on the economy?

The loss would not be just the amount it contributes to GDP, but the activity of those who supply inputs to the farm sector would also be reduced. In addition, those who process farm outputs – dairy factories, freezing works and transport to the wharves, for instance – would also close down.

Implicit in the NZIER approach would be that all these other activities would switch to doing other things. But to which? (A freezing works becoming an aluminium smelter?) And would productivity be as high in the new activity as it is currently?

The result would be a reduction in real incomes. By how much? Almost certainly more than that a misinterpretation of the NZIER report might imply.

Bryan knew how to give quantitative answers to such questions using a suite of ‘computable general equilibrium models’ (CGE) that he and his students developed. I am not going to argue that they gave precise answers, but they gave directions and orders of magnitude, enabling the economy to be seen as a whole, rather than a lot of tiddly little corners.

Bryan’s research programme was recognised as world leading, or so those overseas in CGE research told me in the early 1980s. However, the New Zealand models suffered from one major defect: they did not give the answers that the neoliberals of the 1980s wanted, for they were much more pessimistic about the impact of the Rogernomic policies. (And they proved to be right, famously predicting the slow growth that actually happened.)

Did the neoliberals engage with Bryan, drawing attention to the model assumptions with which they disagreed? Certainly not! They closed down the research programme’s funding and used their superior political position to undermine the standing of those involved. (This is not a peculiarity of the extreme right; Stalin did the same to mathematical modelling in the Soviet Union; later the principal economist, Leonid Kantorovich, was awarded a Nobel prize in economics.) Even Bryan’s university gave the project little support.

And so the research programme ground to a halt; it hardly exists today although two of Bryan’s students – Ganesh Nana of BERL and Adolph Stroombergen of Infometrics – are respected members of the New Zealand economics profession. There are still CGE models around but none have the richness, complexity and insight of Bryan’s programme.

(An infamous case was when a couple of overseas economists were commissioned by the neoliberals to demonstrate how much better the Rogernomics tax regime was than its predecessor. To everyone’s surprise, including mine, their ad hoc CGE model concluded the new tax regime was less efficient than the one it replaced. It was a nonsensical conclusion. As Bryan pointed out, it assumed the higher unemployment under Rogernomics was caused by the tax system rather than by macroeconomic mismanagement. The neoliberals dropped this modelling pretty quickly, while FIFO consultants (Fly-ins, Fly-outs) do not have to live with their mistakes.)

It takes a lot of time, resources and experience to keep a CGE model in good shape. More fundamentally, we have forgotten the lessons it teaches; economies involve interdependencies; mucking around with one sector can impact on many others. It is a very narrow economist who ignores this lesson.

In good hands a CGE model is a potent way of exploring economic issues. For instance, there is a view that a part of the farm sector’s success comes from exploiting the environment. What happens if we adopt policies which reduce all this exploitation? Presumably it will reduce the size of the sector and average incomes. How much?

Or we talk about the farm sector filling in the gap from reduced international tourism and from reduced educational services for overseas students. Can it?

Is the closure of the Tiwai smelter as huge as some say? What are the energy implications?

So 30 years later we still need to remember the lesson of interdependencies. Sadly we cannot quantitatively estimate them nowadays. To do so, would certainly help us better understand what the economic impact of the policy options. Instead, one is flying blind like an anti-empirical neoliberal. Bryan, we miss you.

Classic economics quote. Everything is connected. Practically everything in NZ is connected to our farming community. They deliberately misinterpret the evidence in front of them. It is as if they are working to a predetermined antifarming agenda. Are there any examples of people who enthusiastically accepted their opinions? they are probably the ones with the agenda.

https://youtu.be/FgJwWaTuVXM
Long but points this out.

Right now the only interdependence I care about the fast discovery of a vaccine somewhere in the world and the sharing of it with every country on this earth....The rest can wait, as it seems to be doing nicely.

Fed pushing agenda to drive banks into oblivion:
"a switch of deposits from the traditional banking system into digital accounts. An account with the central bank is safe because the central bank can always print money. A private bank can’t do that."
Link

Broadly speaking, the countries of the Anglosphere adopted neoliberalism from the early-mid 80s onwards. To a greater or lesser extent. Easton argues in his excellent recent economic history of NZ that Aus embraced it less than NZ.
Despite what some on this website proclaim, Labour still largely buy into the neoliberal paradigm - with just a few 'leftist' variations on its theme.

I really need someone to explain more about the nuances of NZ political history and economic experimentation to me, I try and read up about it but then i read an article like this and realise I must be missing huge amount of subtext! Sounds like I need to get Easton's book too but alas there is no audio book.

It's a great read. Luckily I saw it in the 'New Releases' section of the public library and snapped it up!

In some respects it is far more complicated than that
In other respects it is not complicated at all
With the computing power at its disposal the NZ Stats Department should have it nailed by now
NZ had 546,740 enterprises in 2018. These enterprises had 582,480 business locations
matrices, permutations, probabilities, economics
http://www.members.optusnet.com.au/~iconoklast/possibilities.htm

Interest.co.nz publishes GDPLive which is an excellent attempt that deserves more attention and credit than it gets
"GDPLive is real-time forecasting of New Zealand's Gross Domestic Product. Using AI and a myriad of official and unofficial sources, the AI team at Massey University's Albany campus has built a machine learning system that forecast's GDP nationally, regionally, and by industry sector"
https://www.interest.co.nz/gdp-live

The 'interdependencies' are essentially interaction chains. A concrete firm will need suppliers of cement, aggregate, vehicles, conveyors, comms etc. It will need maintenance of mechanical, electrical and vehicular plant and equipment. It will need labour in the plant, the office and the trucks. It will need services for comms, software, and payroll. That's just one highly specific firm, of the half-a-million SME's in Godzone.

Modelling this, especially in trying to predict the effects of widespread and significant shocks to demand, liquidity, and supply, is much more of an art than a science.

Hence the relative futility of trying to figure out e.g. carbon footprint of the 20-30K SKU's in yer local supermarket. Each SKU could have a BOM which runs to 10-100 items, and having a BOM alone neglects the services component entirely. Hence the need for lotsa expensive consultants, who are certainly not gonna derail their gravy train by pointing out the bleeding obvious: that it's a fool's errand....

As economist Wynne Godley explained with his theory of sectoral balances we should also understand how the three sectors to the economy, the government sector, the private sector and the foreign sector also effect each other. When our politicians tell us that they want to run budget surpluses they fail to understand that they are then going to make the private sector run a deficit and in so doing increasing private sector debt. Only the government as the currency issuer can create net financial assets to fund private savings. Government debt is in fact the national savings account created from all of the governments deficits.
https://gimms.org.uk/fact-sheets/sectoral-balances/

Apart from those rare occasions that both the government sector and domestic private sector somehow manage to locate all the deficits within the foreign sector (like America after WW2).

When you talk 'debt' are you referring to a deficit or the result of Government borrowing? As you indicate, our Government is a sovereign owner of our currency and can issue all the money it needs. It does not need to borrow anything. Taxation should be used for other purposes, not funding Government spending.