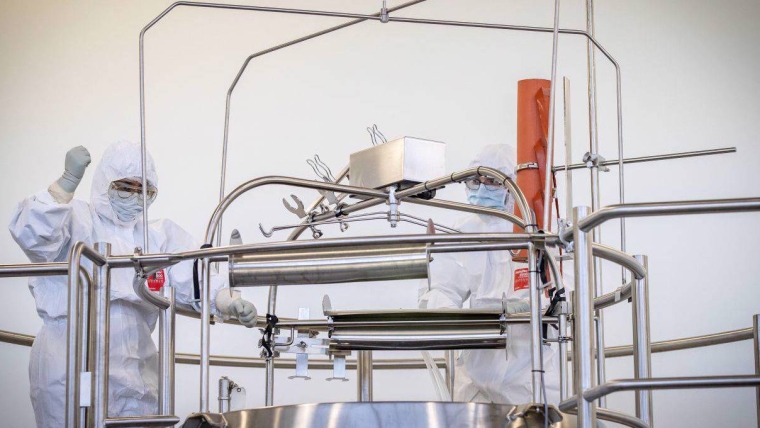 COVID-19 has exposed the myriad weaknesses of modern capitalism. And in many countries, past cuts to social services and public health have amplified the damage wrought by the pandemic, while other self-inflicted wounds to the state have led to inadequate policy coordination and implementation. Mass testing and tracking, production of medical equipment, and education during lockdowns have all suffered as a result.

By contrast, countries and states that have invested in their public-sector capabilities have performed much better overall. This has been most striking in the developing world, where Vietnam and the Indian state of Kerala stand out.

Instead of acting as investors of first resort, far too many governments have become passive lenders of last resort, addressing problems only after they arise. But as we should have learned during the post-2008 Great Recession, it costs far more to bail out national economies during a crisis than it does to maintain a proactive approach to public investment.

Too many governments failed to heed that lesson. Faced with another society-wide challenge, it is now clear that they have relinquished their proper role in shaping markets, allowing public institutions to be hollowed out through outsourcing and other false efficiencies. The retreat of the public sector has given way to the idea that entrepreneurship and wealth creation are the exclusive preserve of business – a perspective endorsed even by those who advocate “stakeholder value.”

In fact, the more we subscribe to the myth of private-sector superiority, the worse off we will be in the face of future crises. To “build back better” from the current one, as US President Joe Biden’s administration and many other governments have committed to do, will require renewing the public sector, not just by redesigning policy and expanding the state’s organisational capabilities, but by reviving the narrative of government as a source of value creation.

As I explain in my new book Mission Economy: A Moonshot Guide to Changing Capitalism, landing a man on the moon required both an extremely capable public sector and a purpose-driven partnership with the private sector. Because we have dismantled these capabilities, we cannot hope to repeat earlier successes, let alone achieve ambitious targets such as those outlined in the Sustainable Development Goals (SDGs) and the Paris climate agreement.

The original moonshot model offers insights and inspiration for pursuing “earthshots” today. For example, to achieve the 17 Sustainable Development Goals, we should transform each into several clearly defined missions that would lay the groundwork for more multisectoral, bottom-up innovation. A plastic-free ocean, for example, will require investment and innovation in areas as different as marine transport, biotech, chemicals, waste management, and design. That is what the Apollo program did by sparking innovation in aeronautics, nutrition, materials science, electronics, software, and other areas.

A mission-oriented approach is not about government “picking winners,” but about choosing directions for change – like a green transition – that require investment and innovation in many sectors. The full power of policy instruments should be used to create projects that elicit solutions from many different willing actors. NASA designed its procurement contracts to focus on goals, while encouraging bottom-up solutions and including “no excess profits” clauses and fixed costs, so that going to the moon involved sharing both risks and rewards. This is an important lesson for many governments that have suffered higher costs and lower quality from outsourcing.

Earthshots have much in common with moonshots, but the two are not synonymous. Among their similarities, both require bold, visionary leadership from governments that have been properly equipped to “think big and go big.”

While technological breakthroughs can provide new tools, they are not necessarily solutions in themselves. Earthshots require attention to political, regulatory, and behavioral changes. Safe and effective vaccines were created and tested in record time through public-private collaborations, with public investment proving absolutely crucial. But a disparity in vaccine acquisition between high-income and lower-income countries appeared immediately and has only deepened.

When it comes to an earthshot like global vaccination, technological innovation is only as useful as its real-world application. “Vaccine apartheid” – rather than a People’s Vaccine – would constitute a moral and economic catastrophe. If pharmaceutical companies are serious about their stated support for the principle of stakeholder value, they should be sharing COVID-19 vaccine patents, data, and know-how through the COVID-19 Technology Access Pool, which remains unused.

Governments, too, must truly embrace the principle of stakeholder value, which does not apply only to corporate governance. Public-private collaborations also must be governed in the public interest, and not repeat the failures associated with today’s digital economy, which emerged in its current form after the state provided the technological foundation and then neglected to regulate what was built on it. As a result, a few dominant Big Tech firms have ushered in a new age of algorithmic value extraction, benefiting the few at the expense of the many.

Technology alone will never solve social and economic problems. In applying the moonshot principle to complex challenges here on earth, policymakers must pay attention to myriad other social, political, technological, and behavioral factors, and capture a common vision across civil society, business, and public institutions.

Thus, earthshots must also involve extensive citizen engagement. Carbon neutrality, for example, must be designed with citizens where they live, such as social housing. By truly adopting an inclusive stakeholder approach, a mission can develop into a powerful civic platform and an engine of sustainable growth, as envisioned in calls for a Green New Deal, Health for All, and plans to bridge the digital divide.

These lessons could not be more relevant to the Biden administration, which will be able to tap the power of an existing entrepreneurial state comprising organisations like the Defense Advanced Research Projects Agency and the National Institutes of Health, which invests up to $40 billion per year in drug innovation.

There is now a huge opportunity to pursue industrial policies beyond traditional sectoral and technological silos, and to restore mission-driven governance in the public interest. A modern industrial strategy aimed at a Green Renaissance, for example, would require all sectors – from artificial intelligence and transportation to agriculture and nutrition – to innovate and pivot in a new direction. President John F. Kennedy had his moonshot. Biden’s mission is to bring it home.

Mariana Mazzucato, Professor in the Economics of Innovation and Public Value at University College London and Founding Director of the UCL Institute for Innovation and Public Purpose, is Chair of the World Health Organization’s Council on the Economics of Health for All and the author, most recently, of Mission Economy: A Moonshot Guide to Changing Capitalism (Allen Lane, 2021). Copyright: Project Syndicate, 2021, and published here with permission.

Well done China on helping the world to fight against COVID-19!

In addition to Pakistan, China is providing aid in the form of COVID-19 vaccines to 13 developing countries including Brunei, Nepal, the Philippines and Equatorial Guinea, Chinese Foreign Ministry spokesperson Wang Wenbin said at press conference on Monday.

It has pursued deals or donations with more than 30 nations far exceeding the 10 million doses it is providing to COVAX. In Turkey alone, Chinese company Sinovac Biotech Ltd. has struck a deal to sell 50 million doses.

"Well done China on *necessitating* the world fight against COVID-19!"

When will you learn? from the history of 150yr, that NZ only need labour and $ from China, cheap labour, your tax $, cheap $ merchandise import, $ for export. Sure they gave you land for massively over inflated price, but Asians ethnicity is not priority in NZ from every angle of life recognition, you need to wake up a bit as to why NZ vaccine only interest is only those from 4 eyes nations, as the fifth eyes/NZ already blink by any cheap $$$ around.

The Carl Sagan stuff is fine. I read the WHO spiel on that "COVID-19 Technology Access Pool" but still can't work out why it exists? Most of the information required to develop and produce a vaccine is already in the public sphere in published papers. However only a small number of very wealthy and technologically advanced countries have a sufficiently developed biomedical industry for that to be helpful.

There is not much chance of us obtaining any sort of liftoff here in NZ with our neo-liberal super gravity holding us firmly down.

All we ever have is a pendulum swing between crony socialism or crony capitalism.

That midpoint of balance this article refers to is just a moment in time.

In theory, a steady-state could be achieved, except for one small problem - people are involved.

Too many buzzwords. Felt like 'Picking Winners' from the get-go.

"as those outlined in the Sustainable Development Goals (SDGs) and the Paris climate agreement".

As Ive pointed out elsewhere, 11 of the SDG's are in fact population/consumption-dependent. Five are achievable. And one - No 8 - seriously cannot be had.

Her heart might be in the right place, but she starts from a back-marker - she's an economist.

NZ is always will be the country that championing the fast means to gather the wealth, albeit phantom. Health? is just a smoke screen PR job, keep doing so and hope the healthcare crisis fade away. When the wealth designated response is at paramount? the neo-lib PR can be seen announce it as 'health response' - The proof is in the pudding.